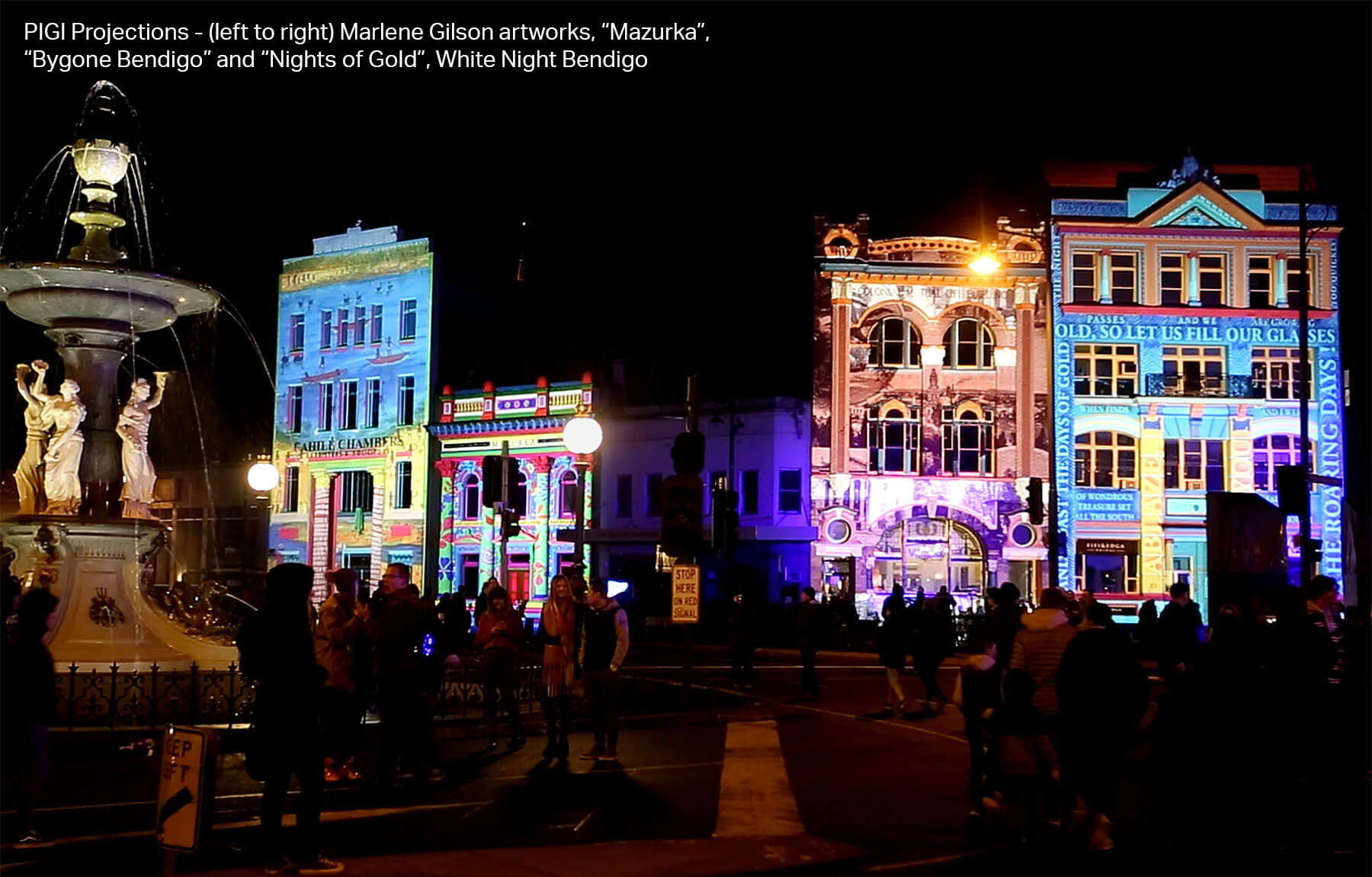 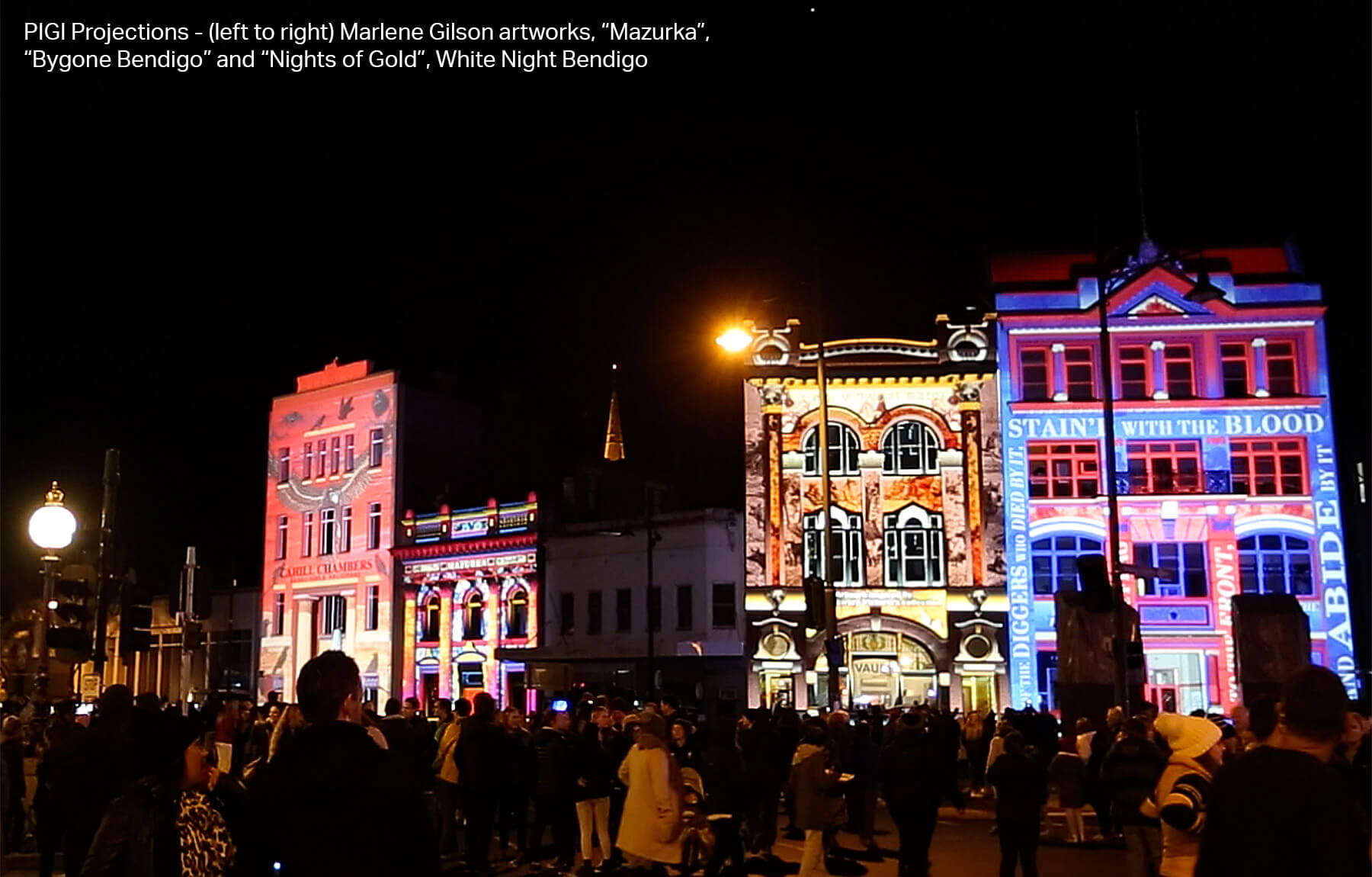 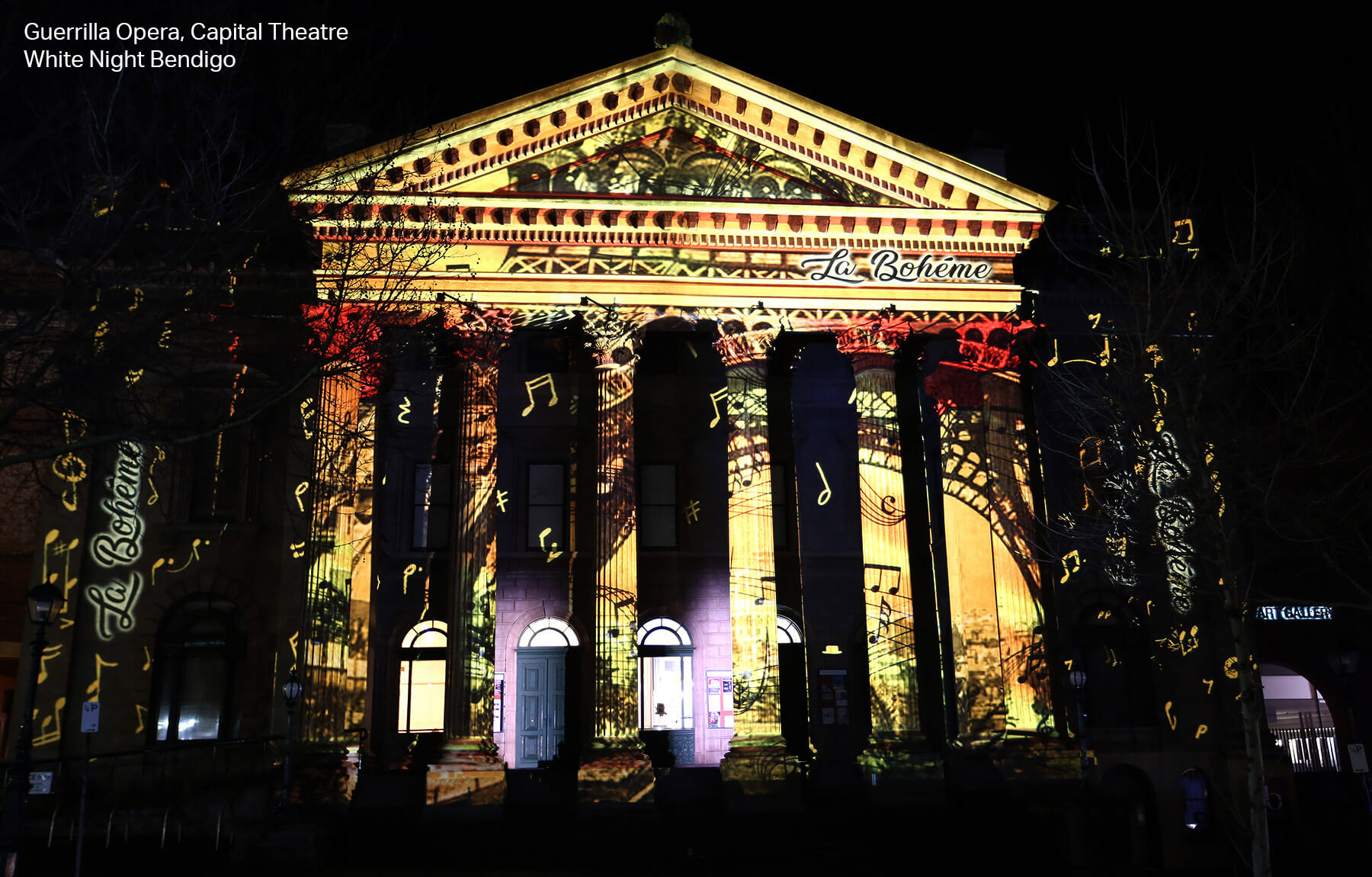 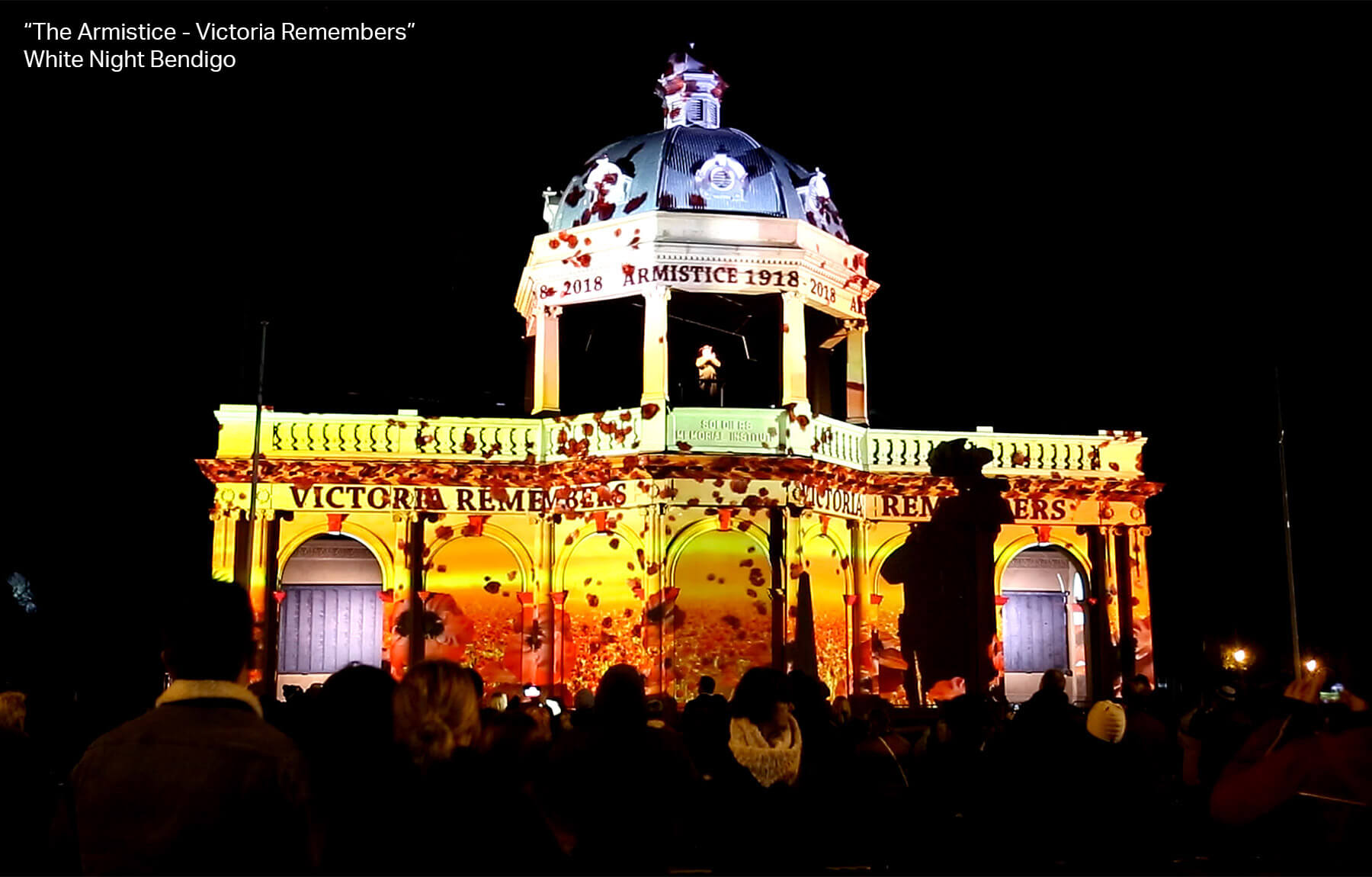 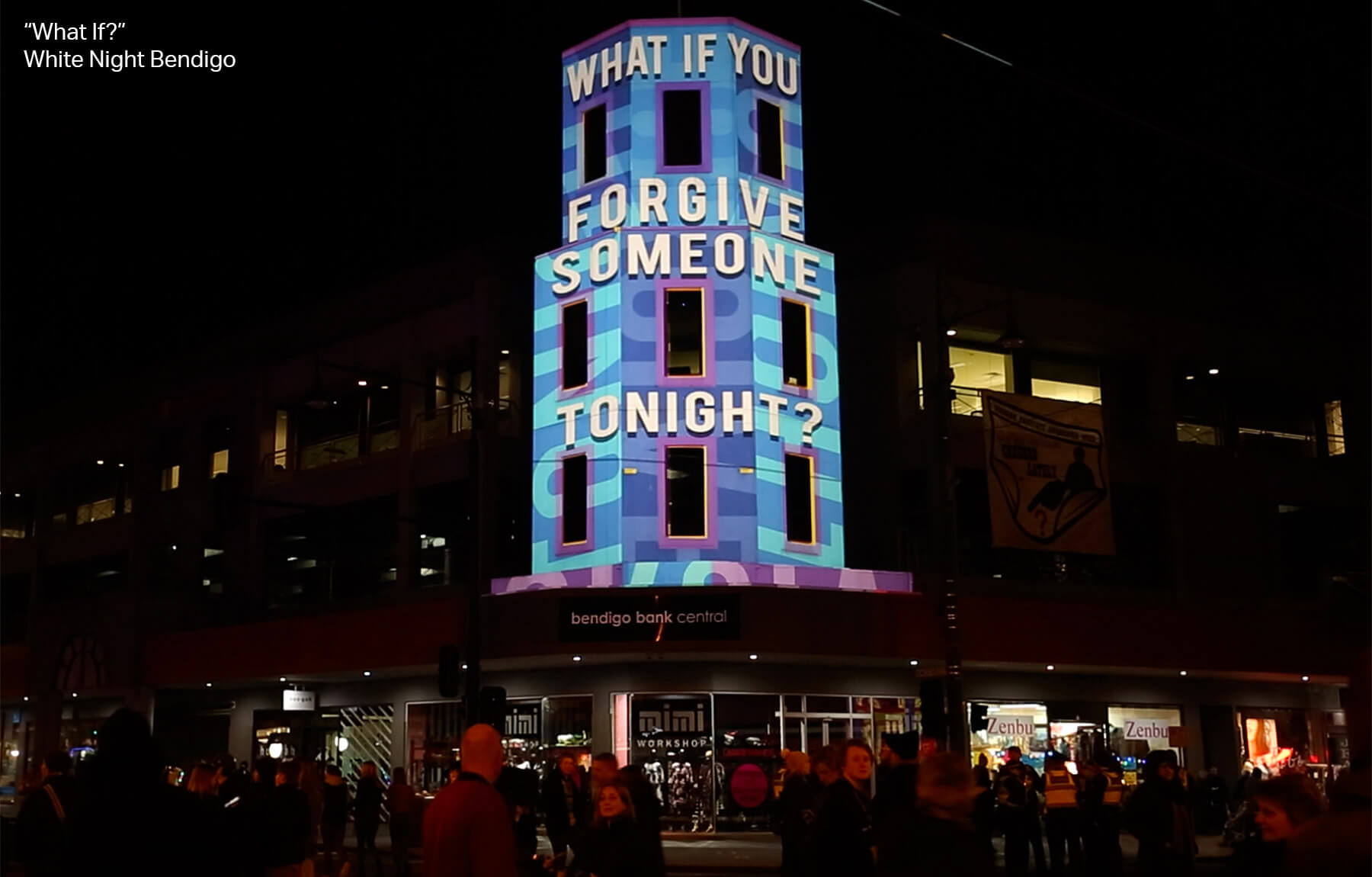 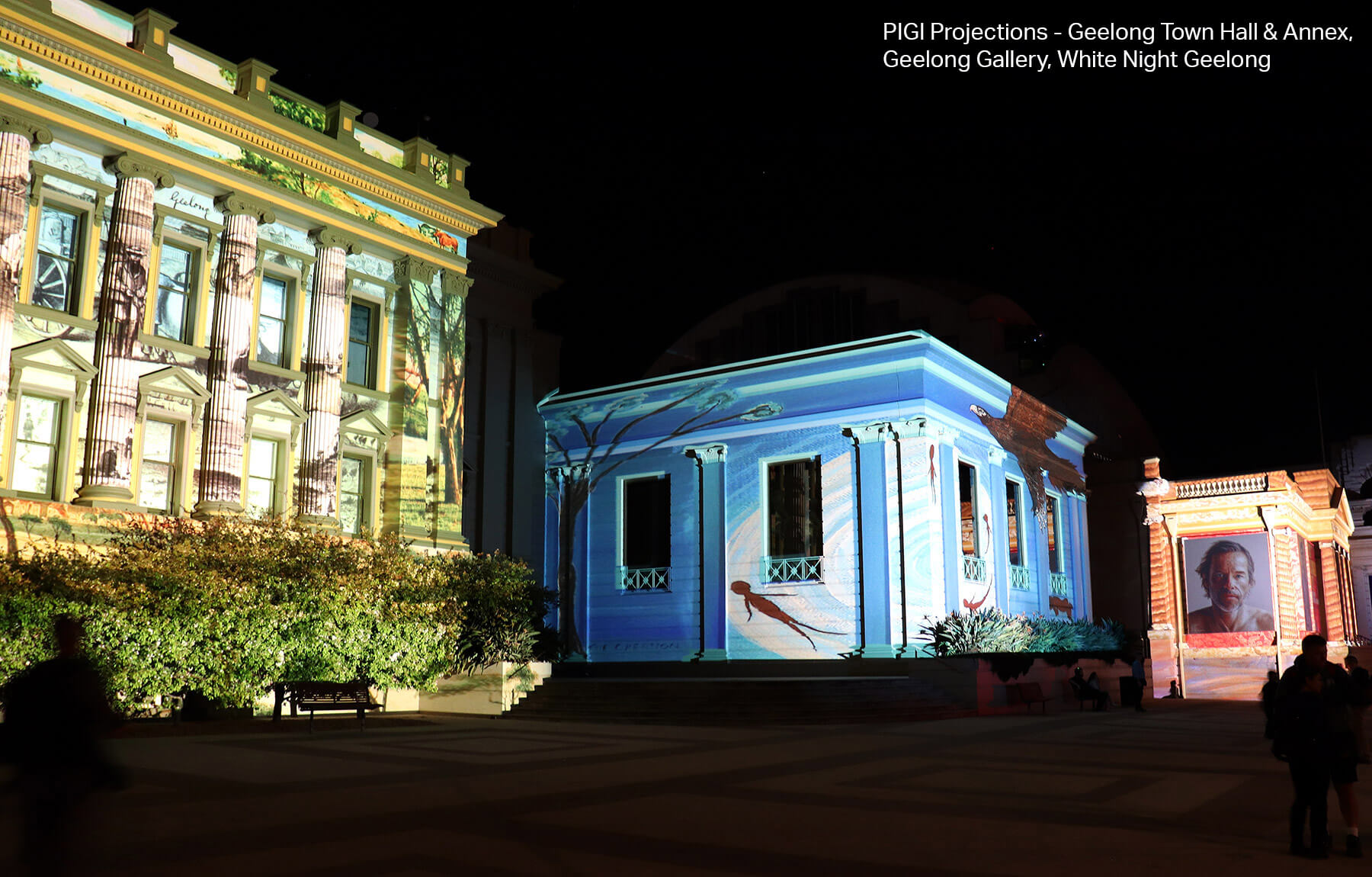 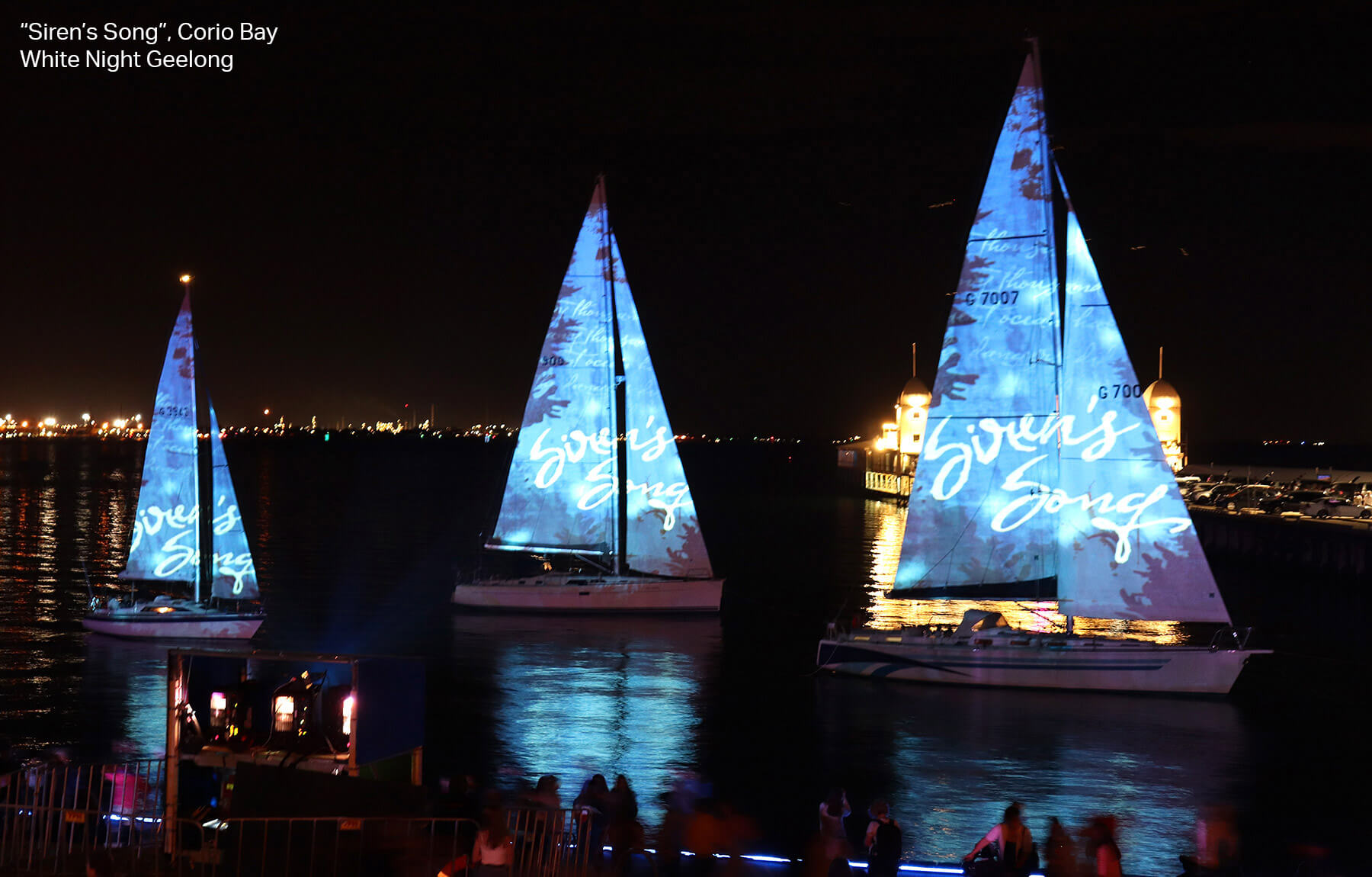 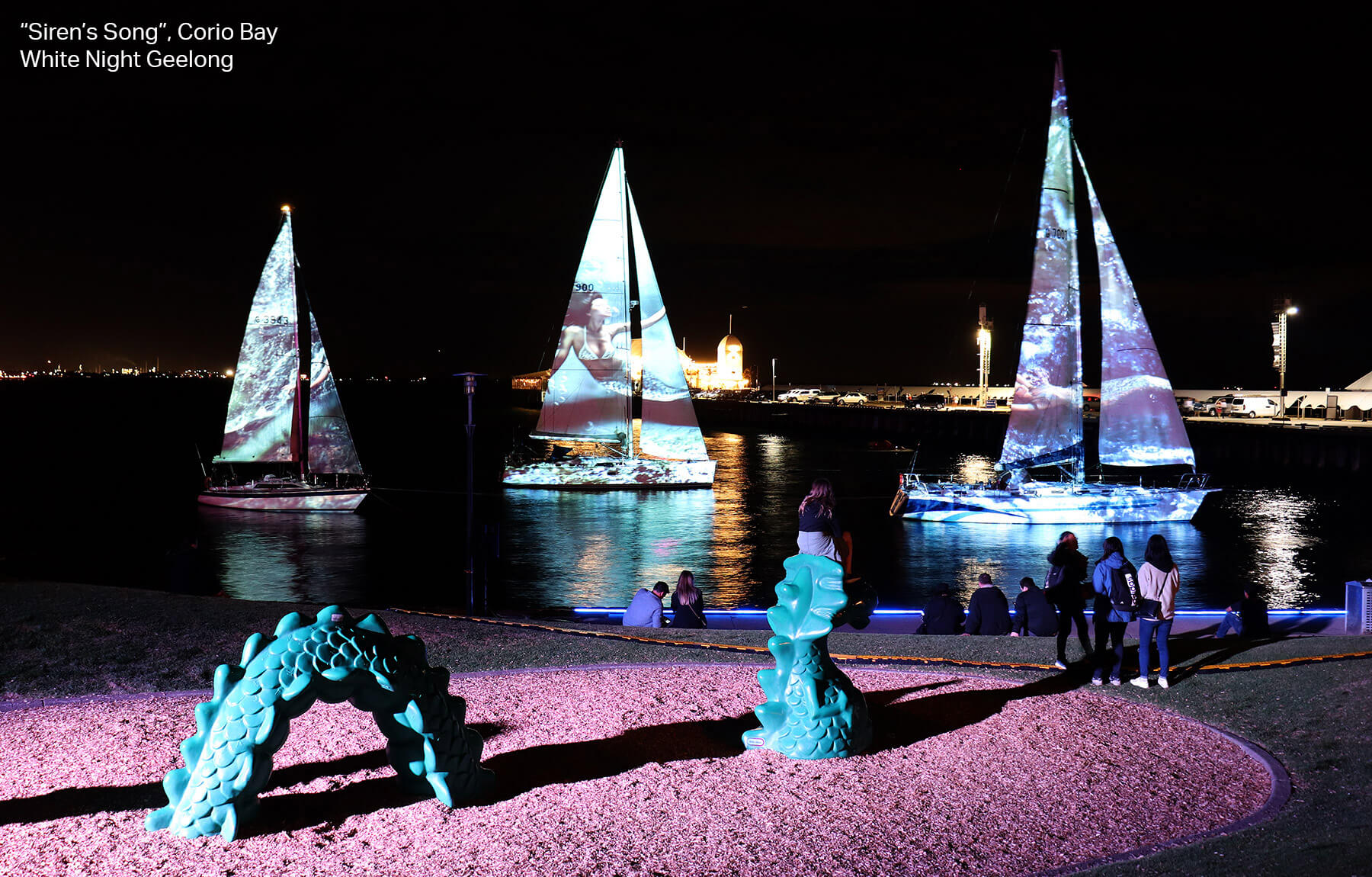 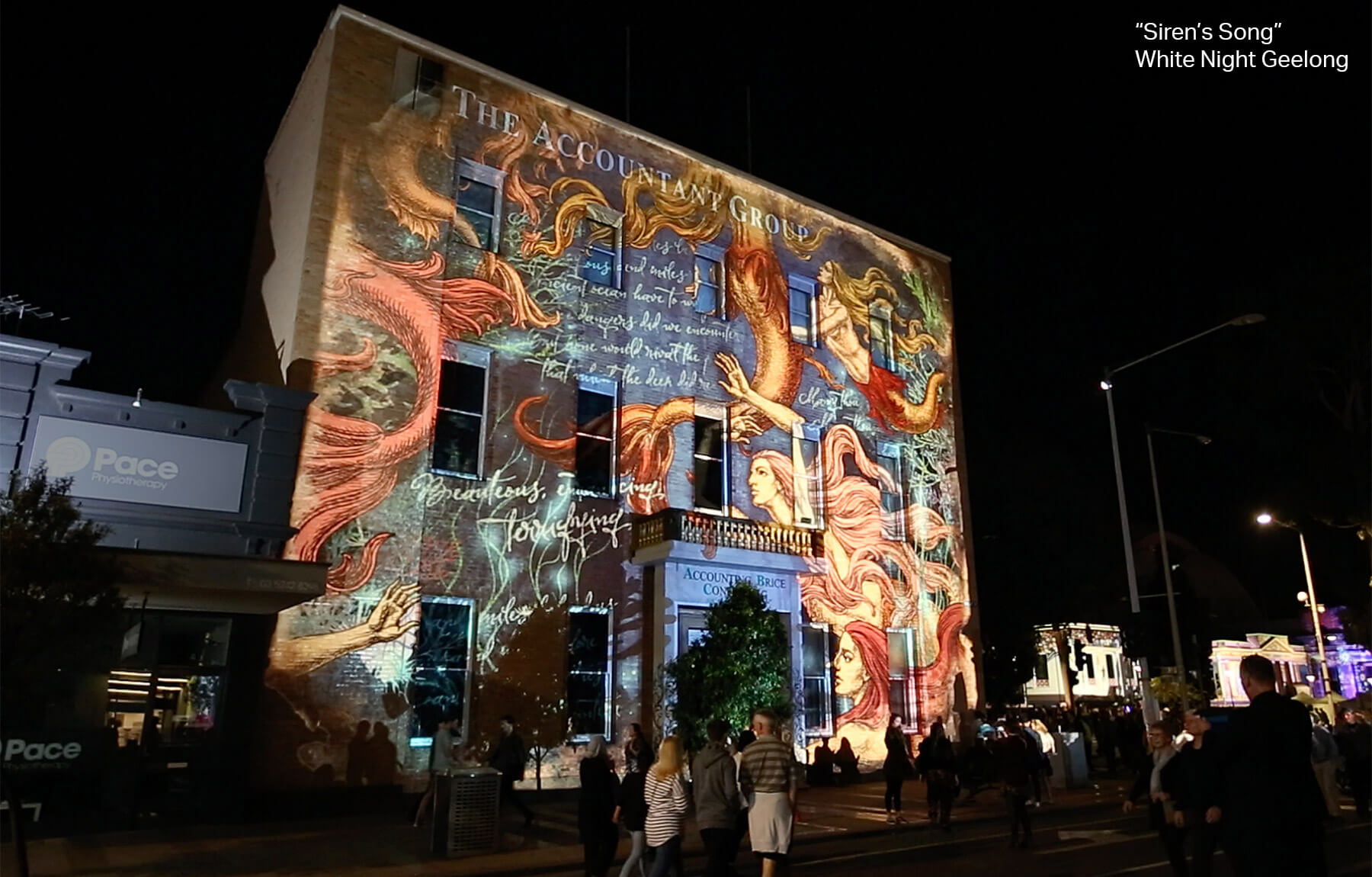 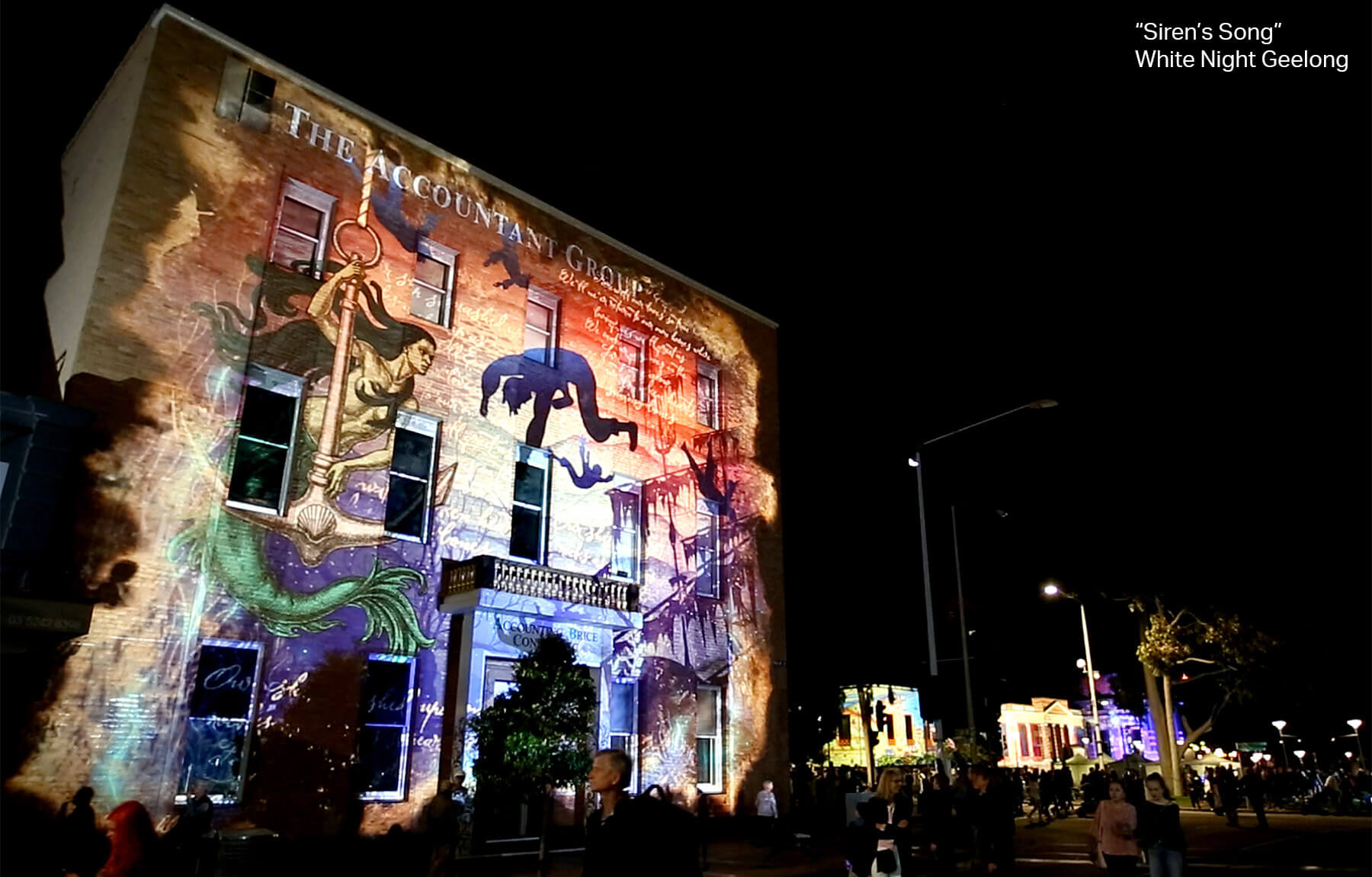 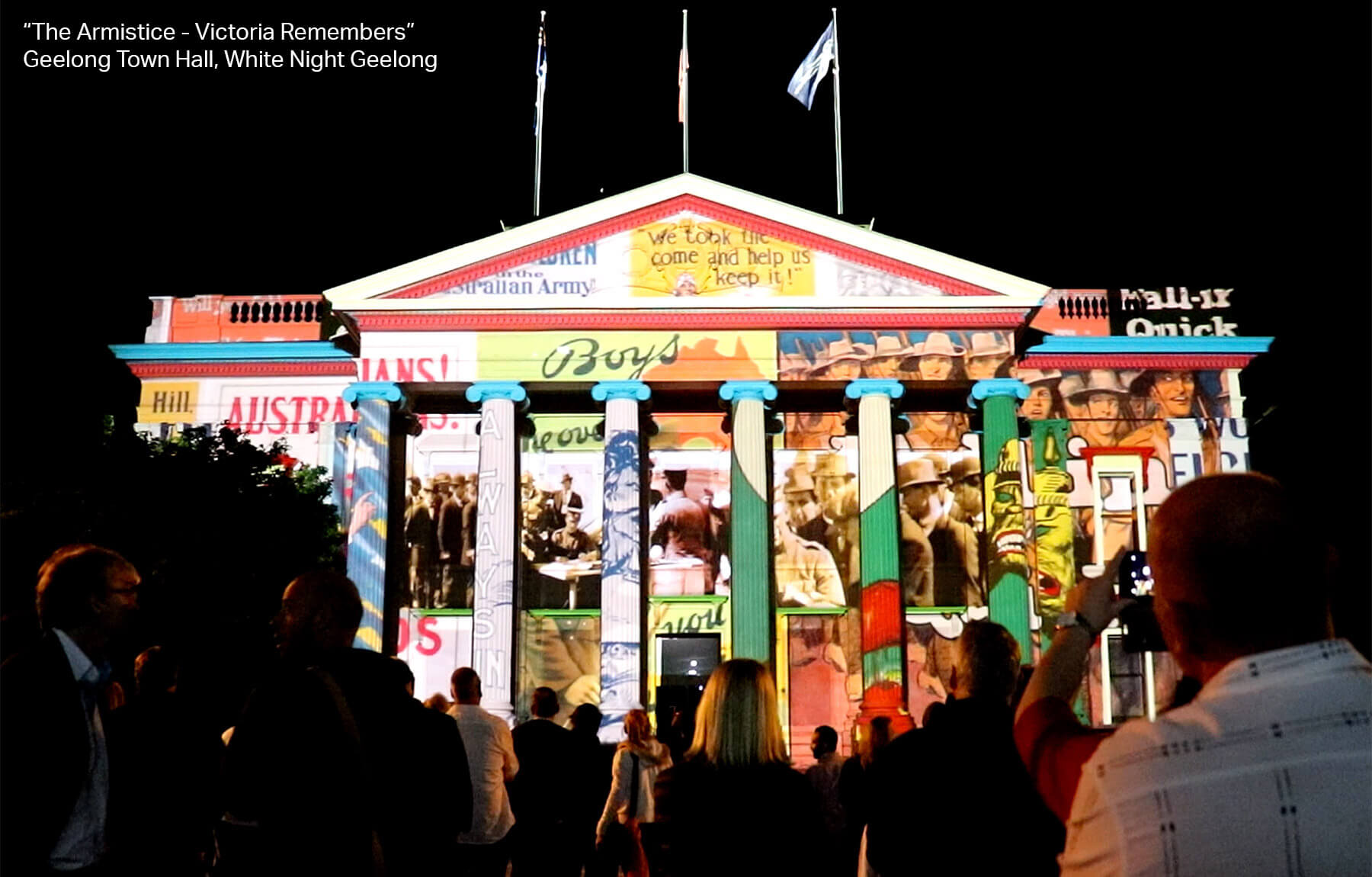 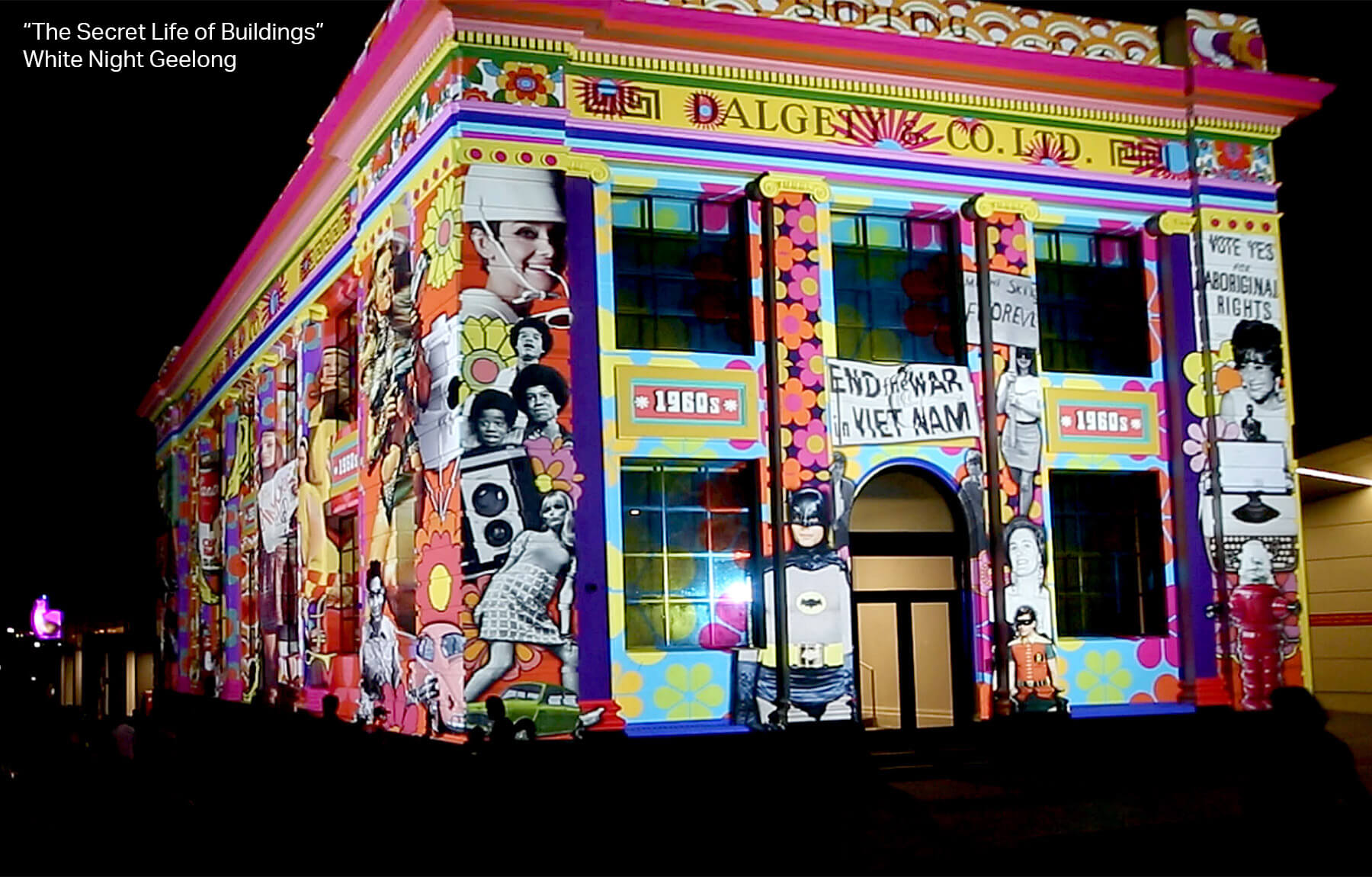 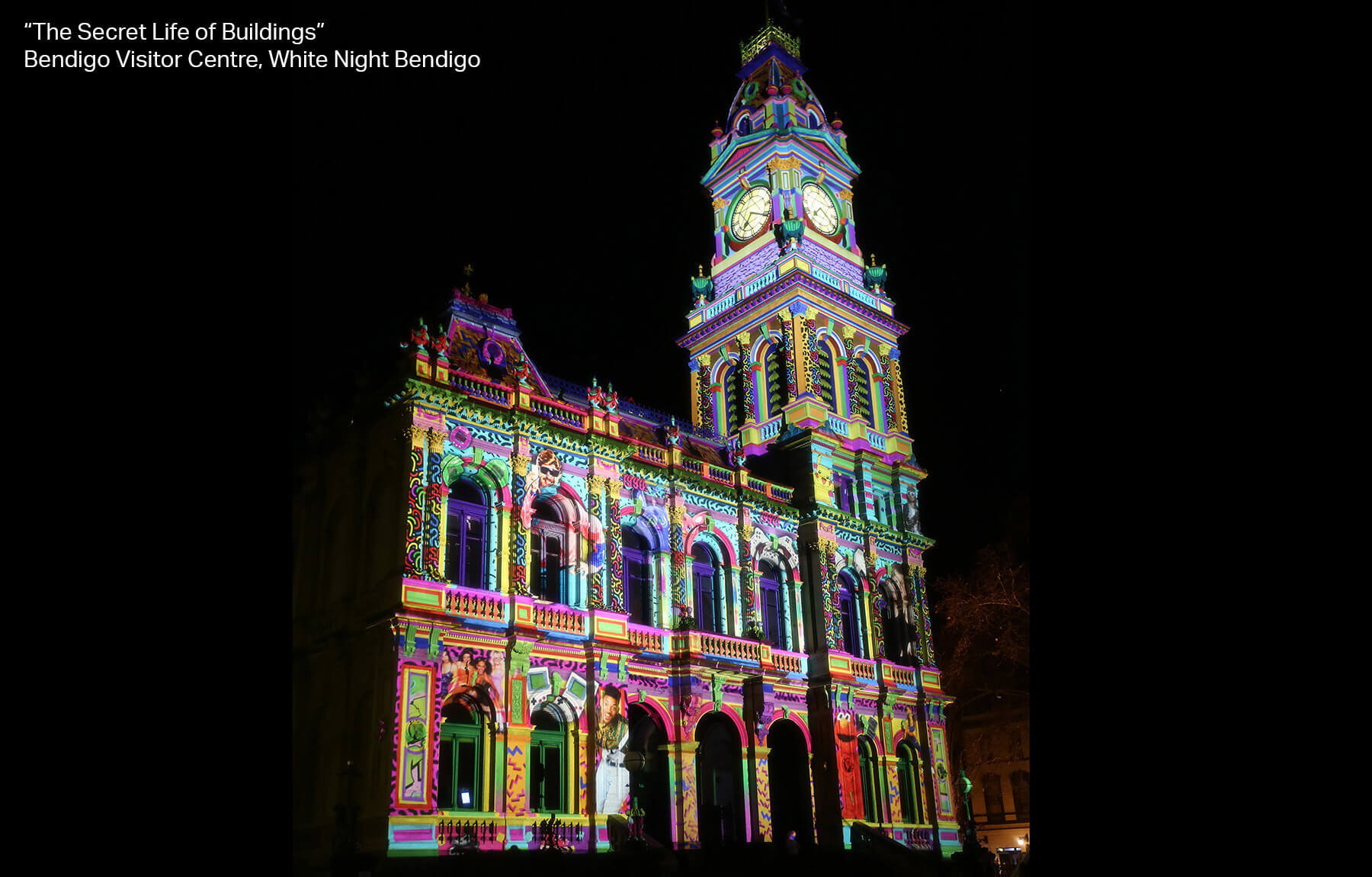 In 2018 the regional towns of Bendigo and Geelong were added to the White Night line-up, alongside Melbourne and Ballarat. The Electric Canvas was commissioned by the event’s producers, DAE White Night, to create architectural and mapped projections at a total of eighteen sites across the two cities. This included a specially commissioned projection to commemorate the Centenary of Armistice, that was first designed onto the Bendigo Solider’s Memorial and then transposed for the architecture of Geelong Town Hall.

Digital projection was utilised to deliver the special commemorative piece, “The Armistice – Victoria Remembers” in both cities. This important work was also restaged in Bendigo in the lead up to Remembrance Day in November. In Geelong, the sails of three yachts moored in Corio Bay were the backdrop to “Siren’s Song”, a digital projection set to a haunting soundtrack. In addition, we provided creative consultancy and the technical delivery for Bendigo artist, Robert Parson’s piece, “The Fortuna Villa”.

PIGI projections were an excellent solution to provide projection coverage at a manageable budget for so many buildings across the extensive White Night event footprints. In addition to the technical delivery, The Electric Canvas created themed and decorative PIGI treatments for six buildings in Bendigo and eight buildings in Geelong.