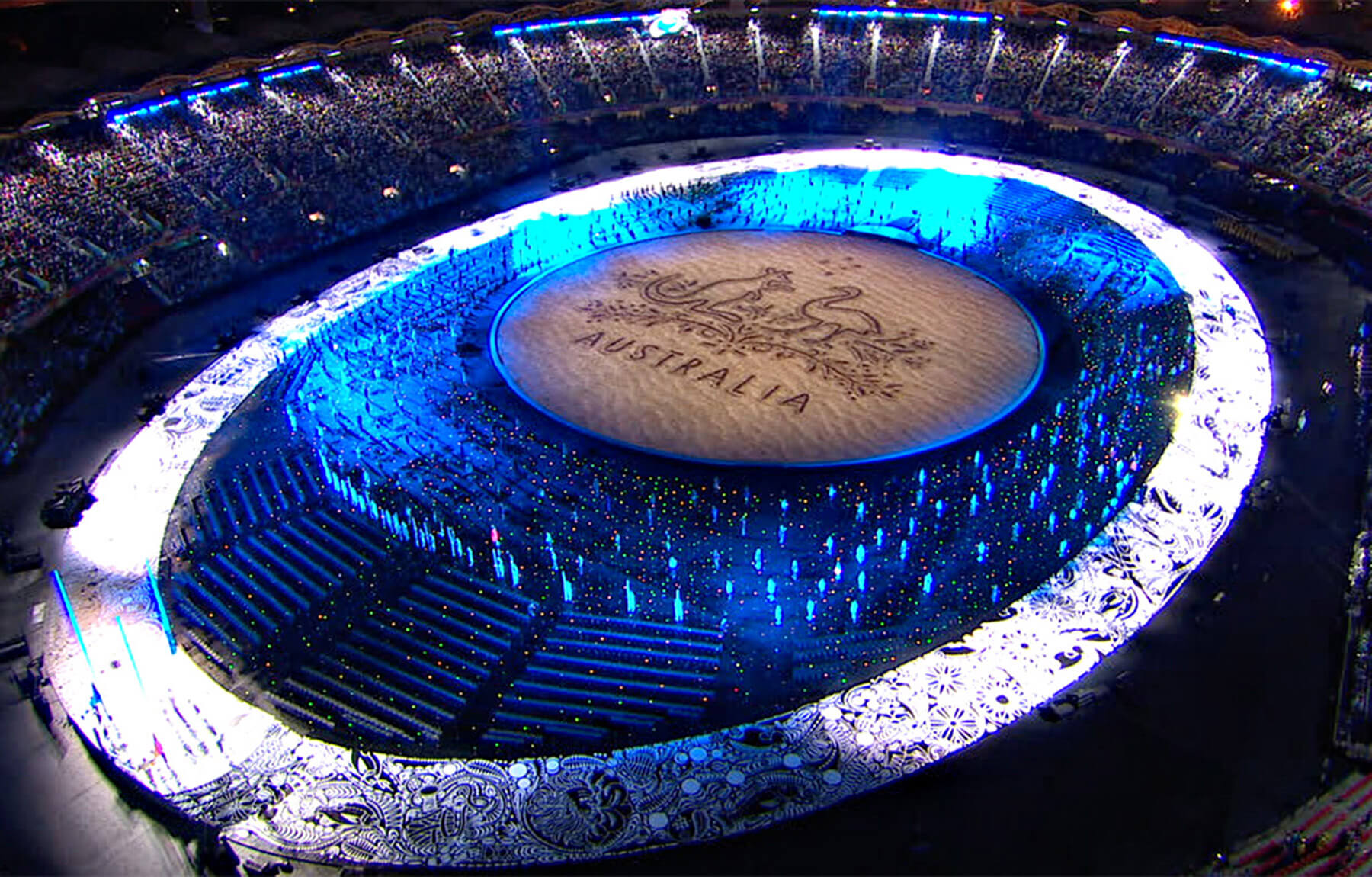 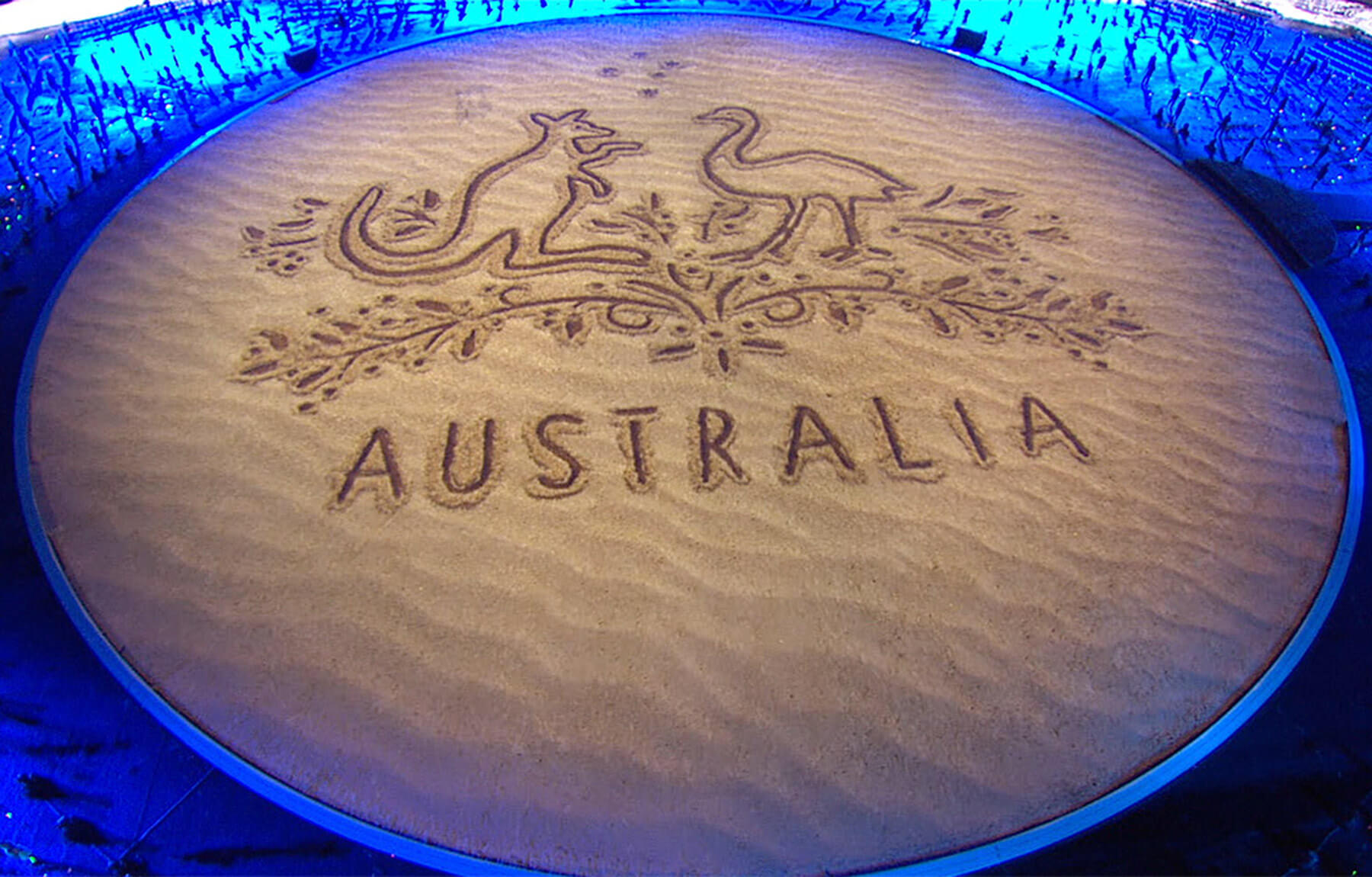 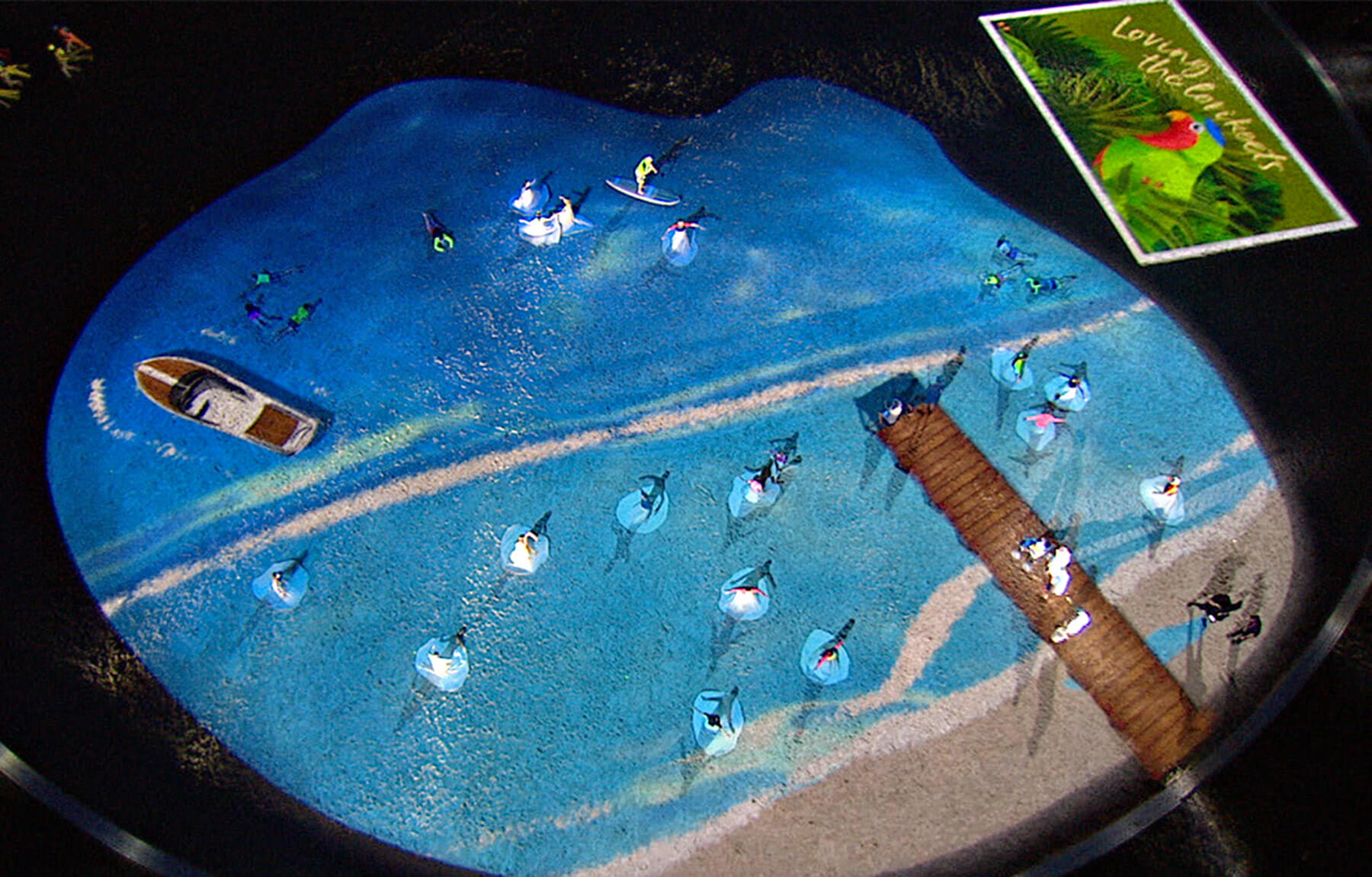 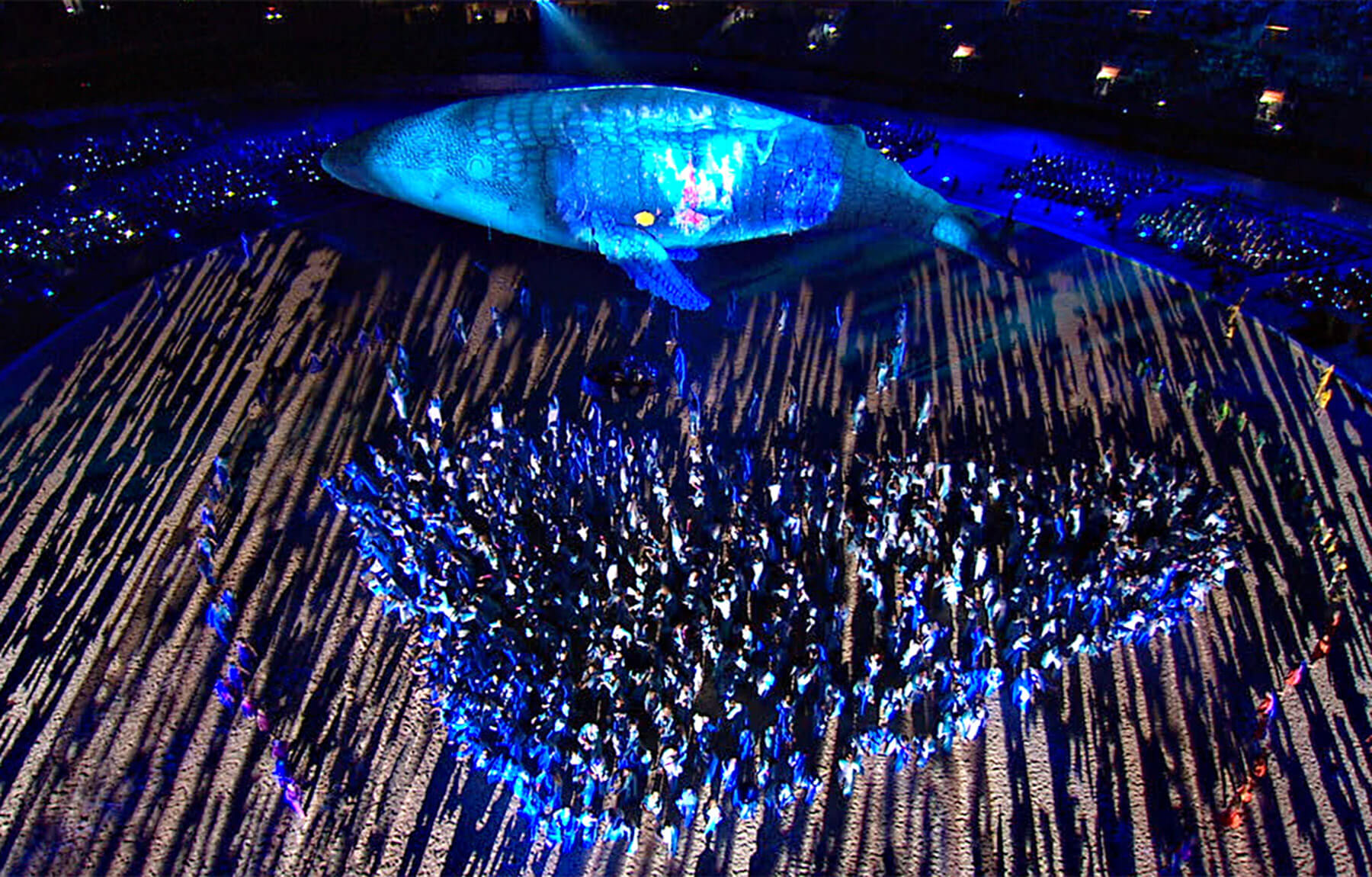 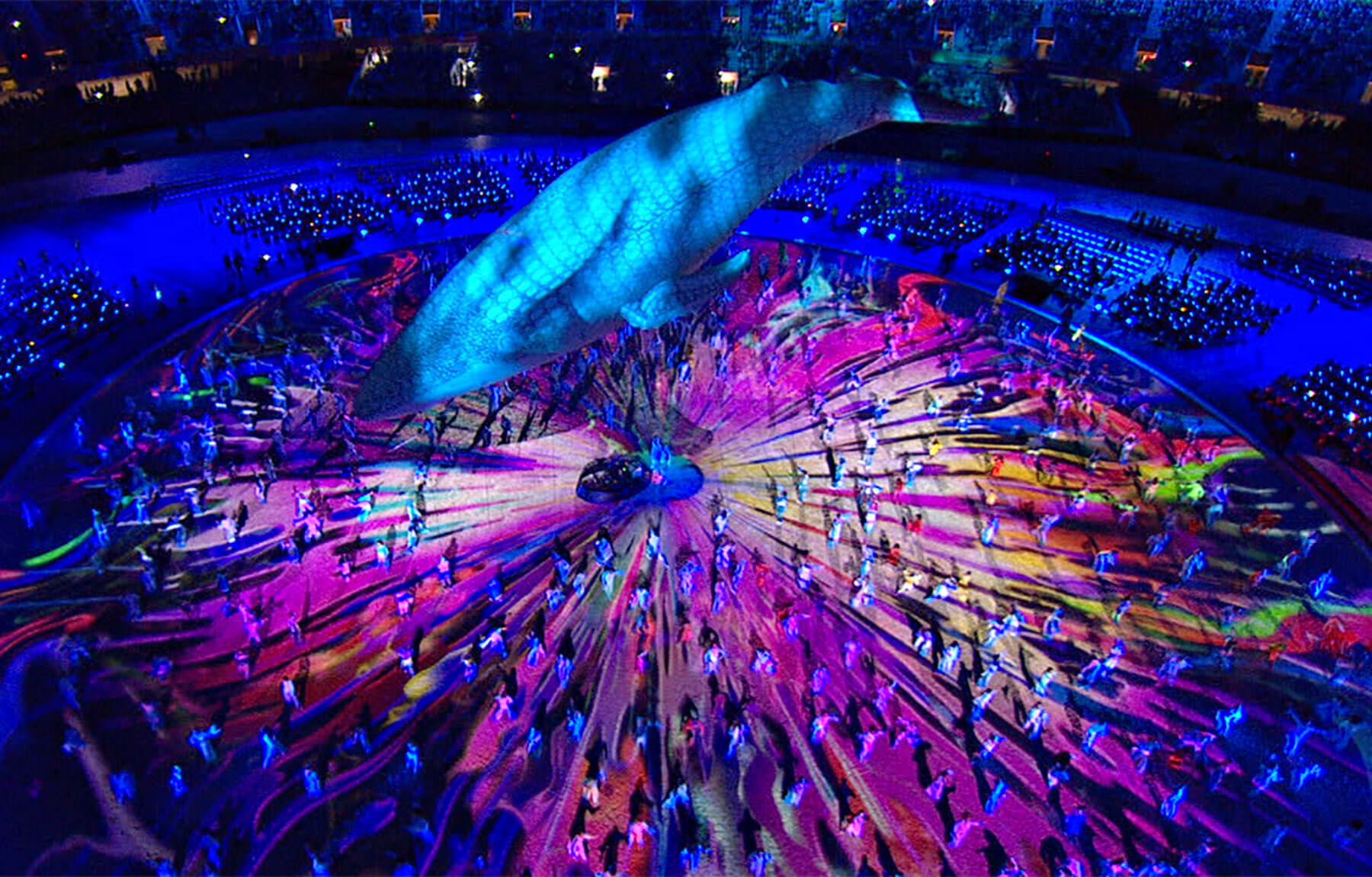 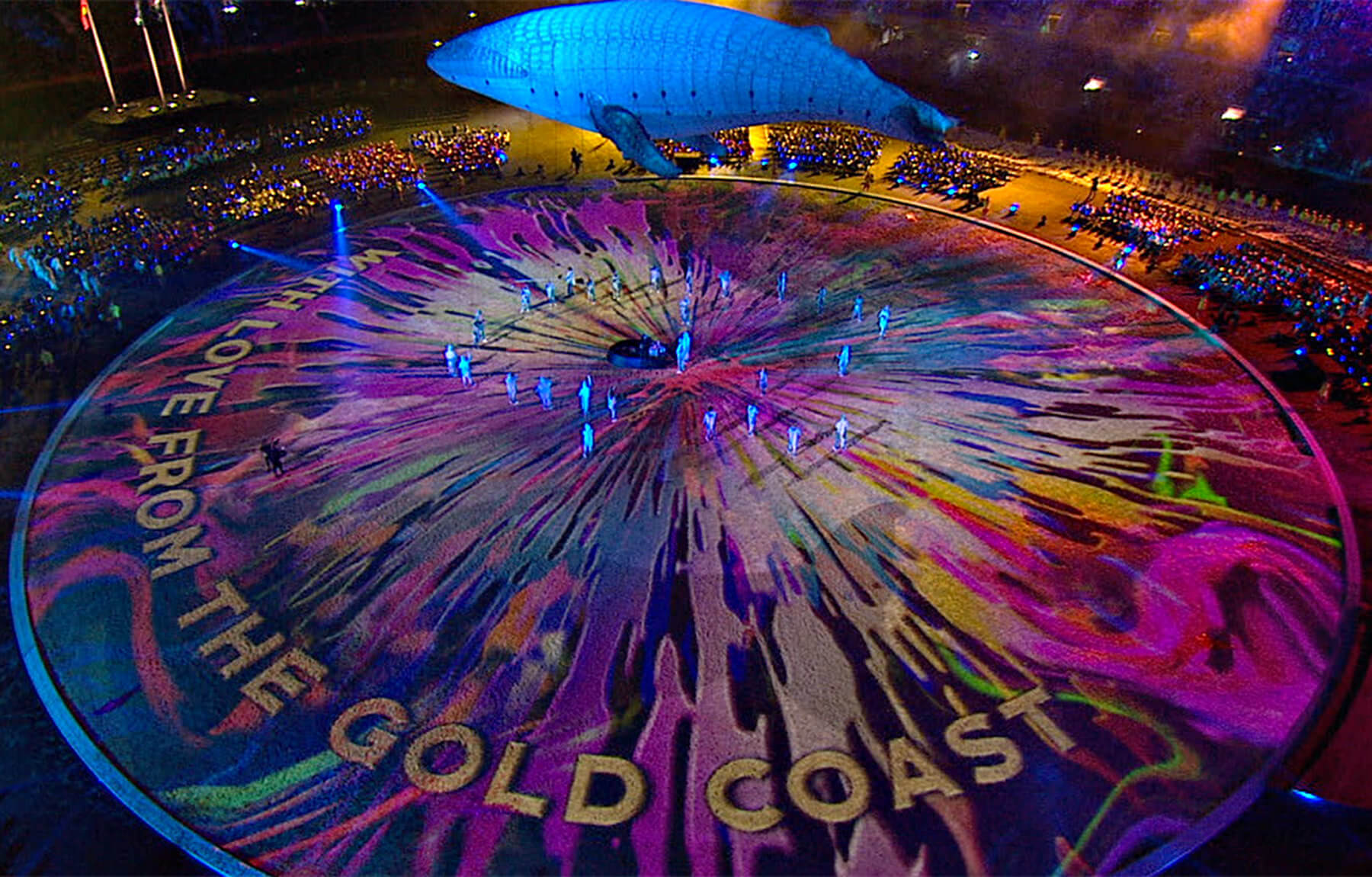 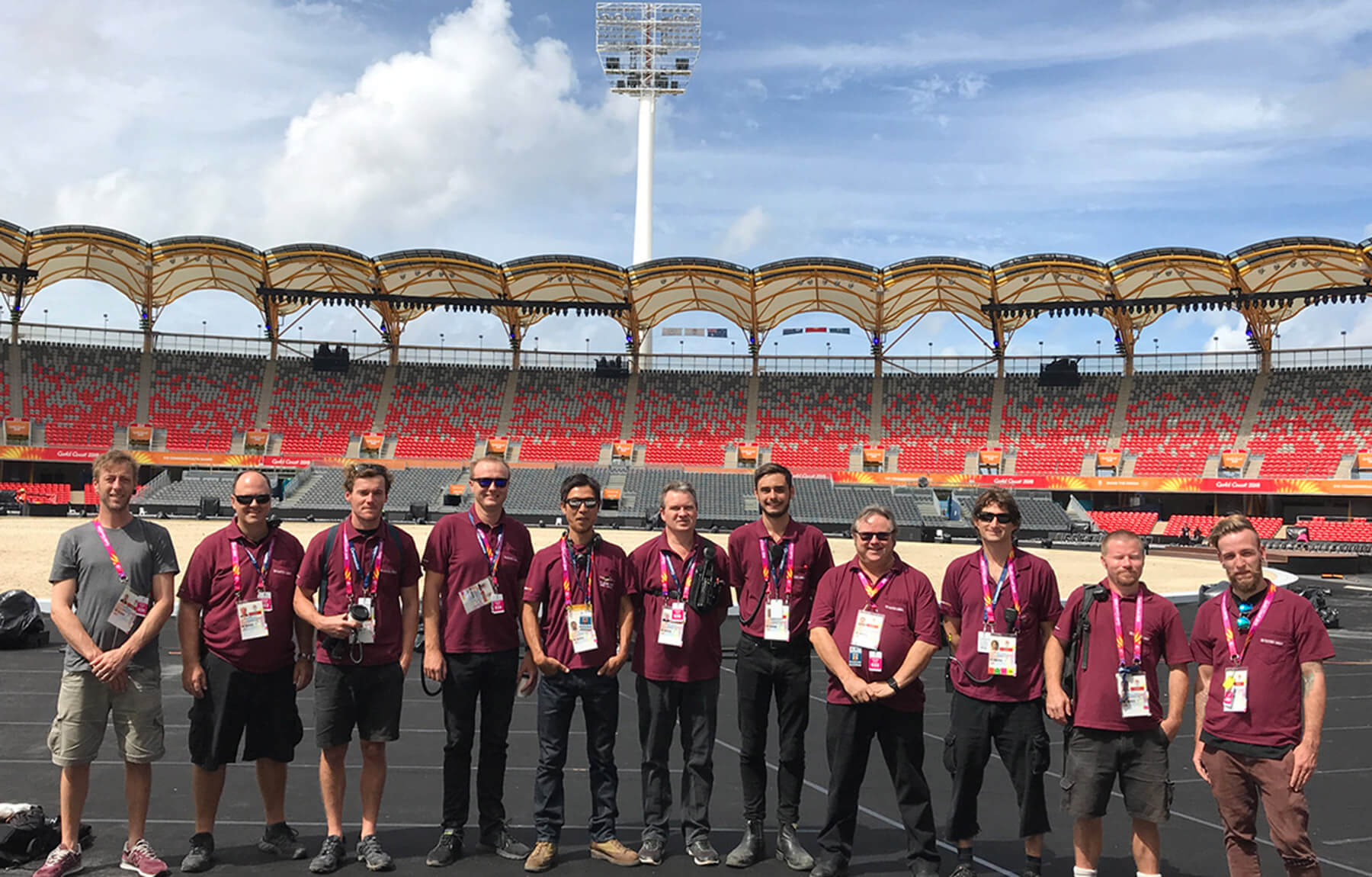 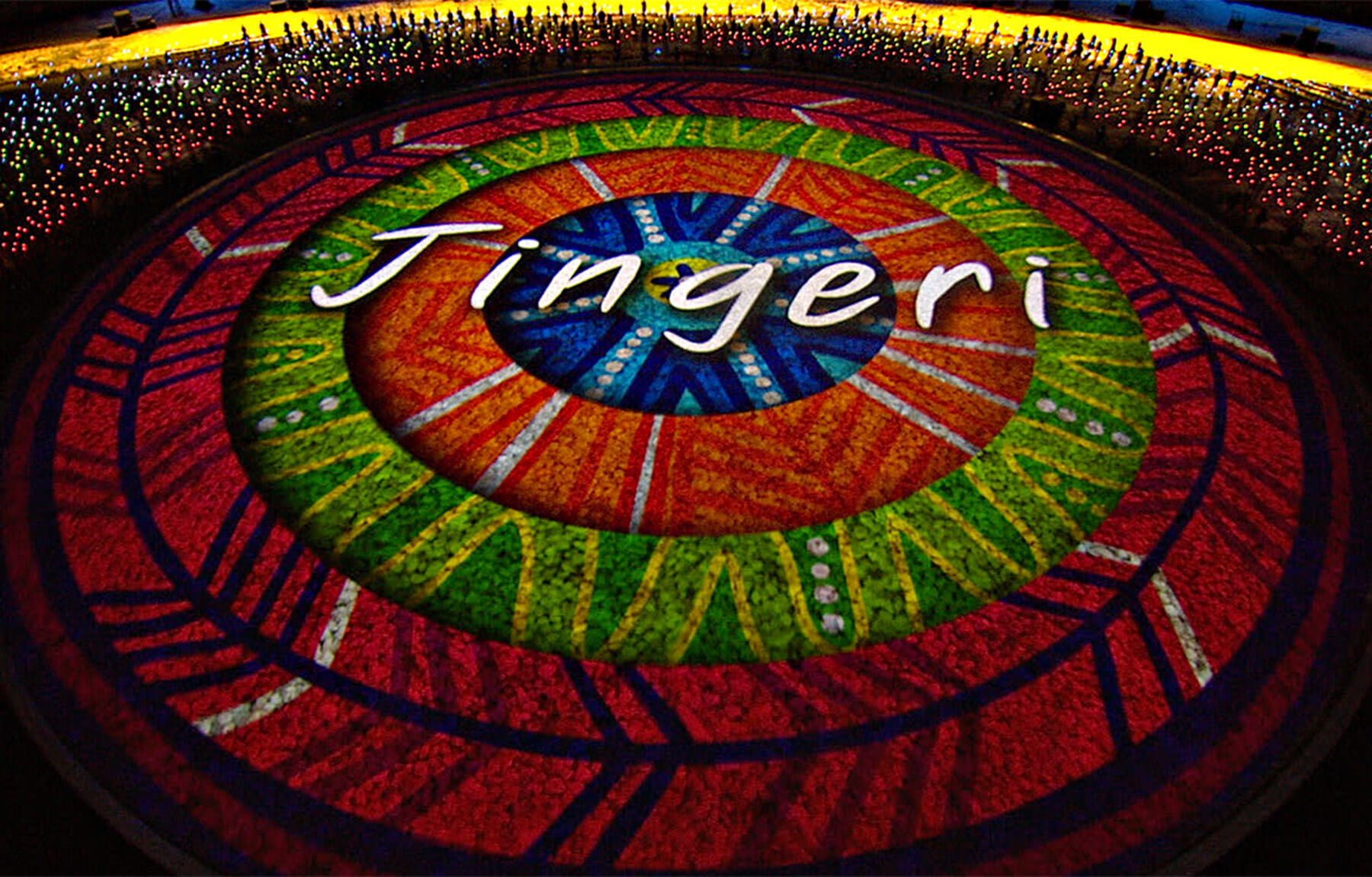 The 2018 Commonwealth Games was the largest sporting event to be staged in Australia this decade, welcoming athletes and officials from 71 Commonwealth nations and territories to the Gold Coast. The Electric Canvas was appointed by producer, Jack Morton Worldwide, to provide the technical delivery of the video projection systems for the Opening and Closing Ceremonies of the 2018 Commonwealth Games

The Opening Ceremony’s cultural program was complemented by breathtaking large-scale projection provided by The Electric Canvas using visual content by design agency, The Pulse. The principal projection component was a 3,200m² circle stage covered in sand on the stadium field of play to represent the famous beaches of the Gold Coast. TEC provided a total of 20 Christie 2K30 Boxer projectors housed in custom structures with weatherproof enclosures. Christie Digital was TEC’s supply and support partner for this major event.

We hatched an ambitious plan to install the projectors at 67 and 70 metres above the field of play in the heads of two of the stadium’s lighting towers. This delivered an image quality greatly superior to that possible from the alternative seating bowl locations, where smeared pixels and undesirable texturing would have been caused by the nap and undulations of the sand. The improved efficiency of coverage afforded by the tower positions was further enhanced by the reduced effect of shadows from props and performers.

Four Boxer 4K30 projectors were also installed on cantilevered structures suspended from the seating bowl balcony. These were used to project onto a 30-metre long inflatable replica of Migaloo, the famous white humpback whale often sighted off the Queensland coast.