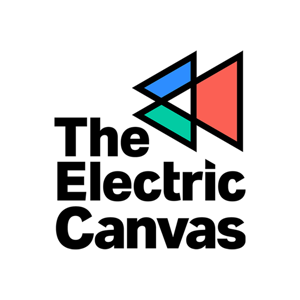 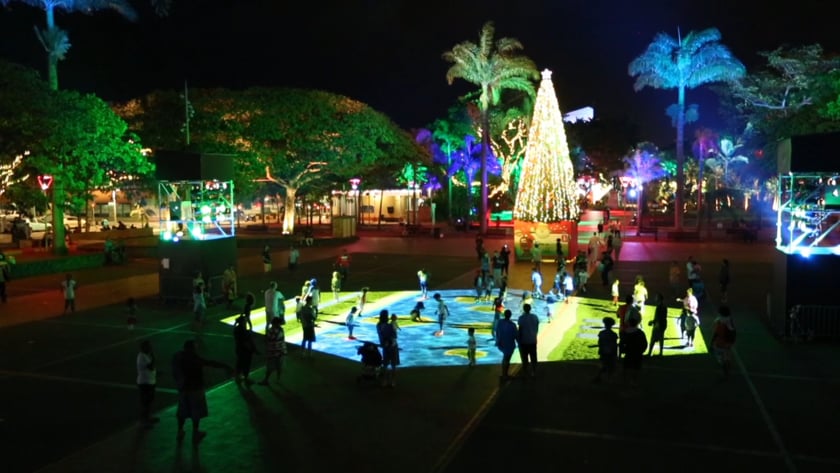 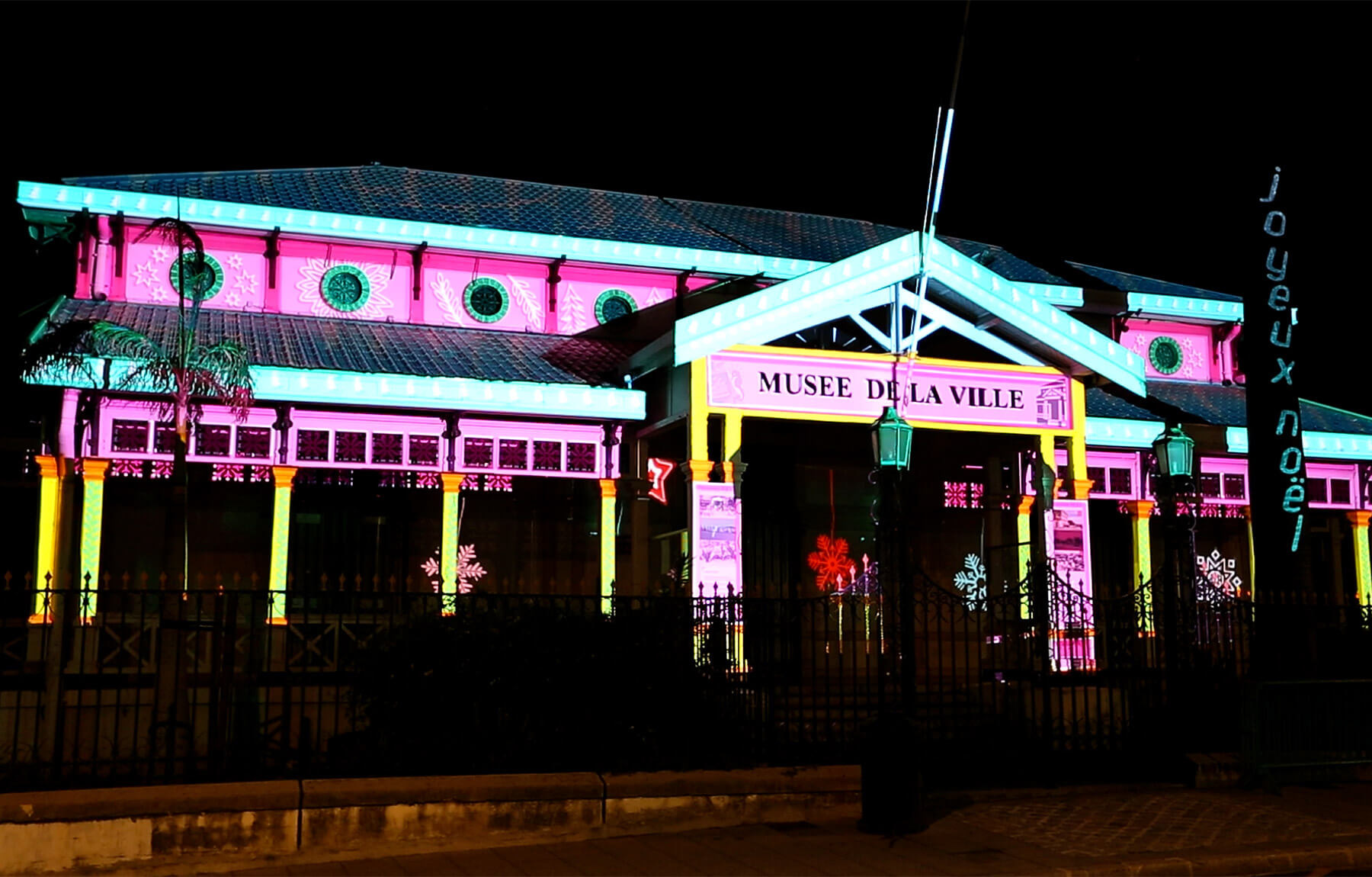 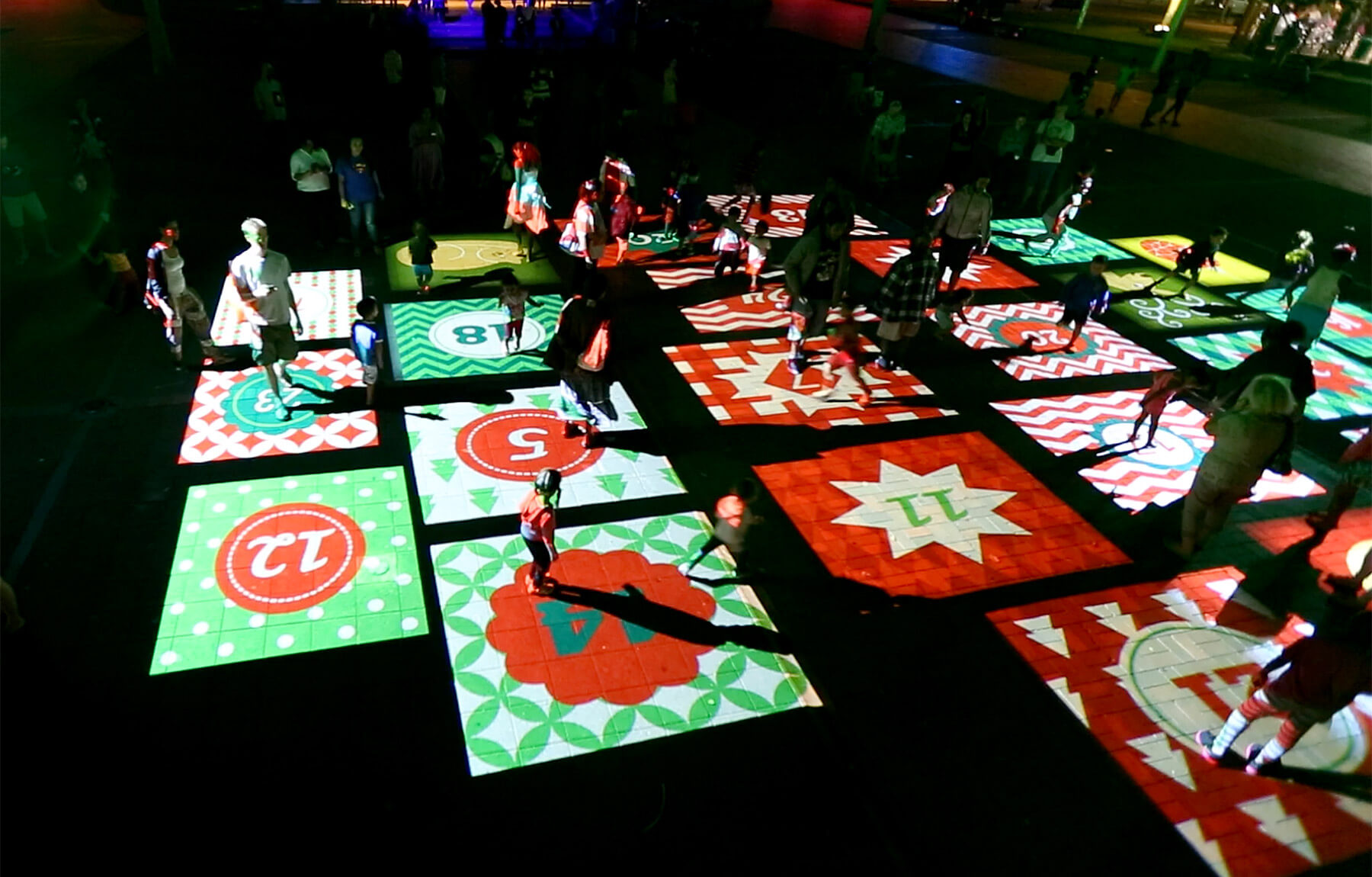 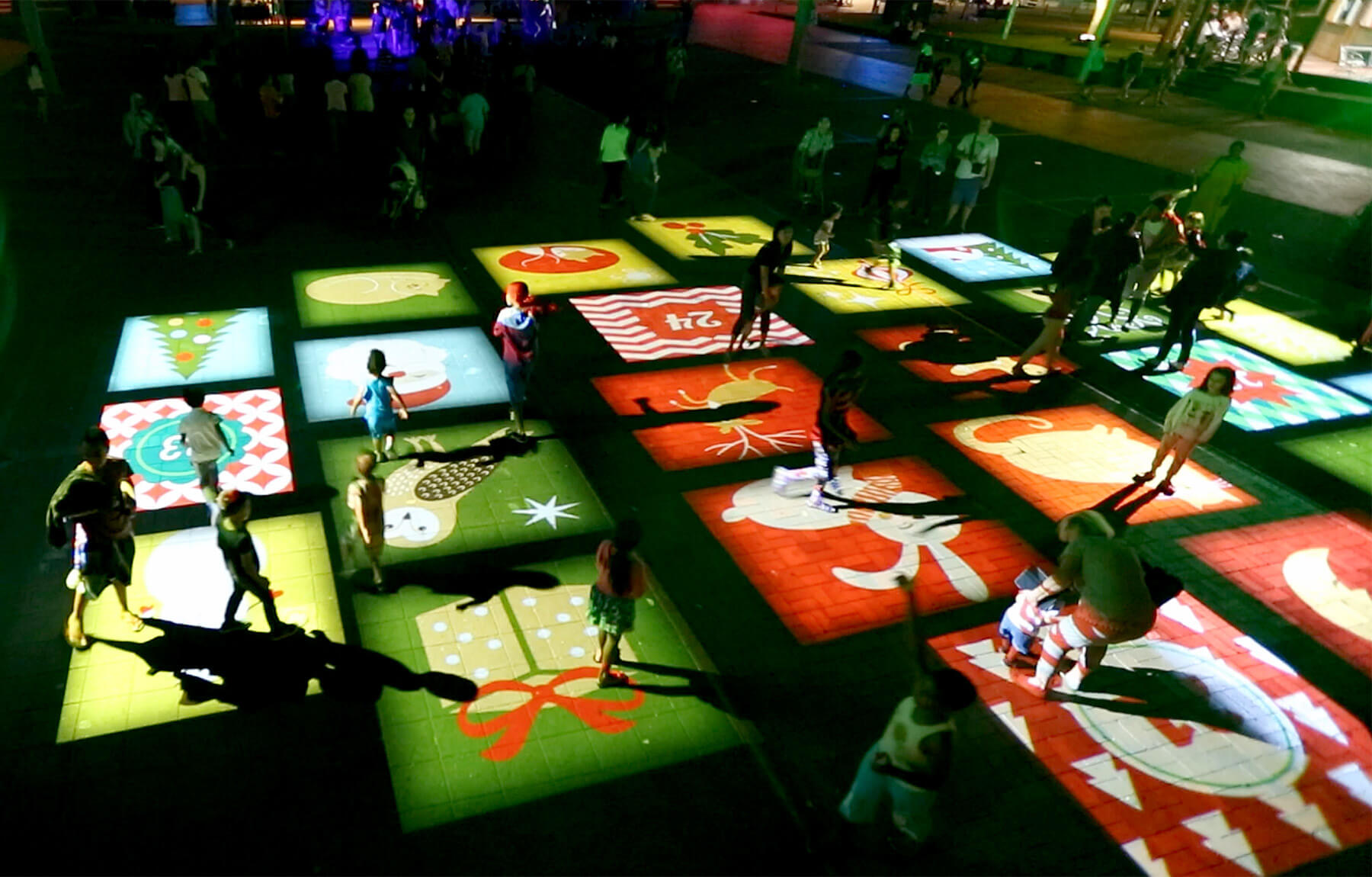 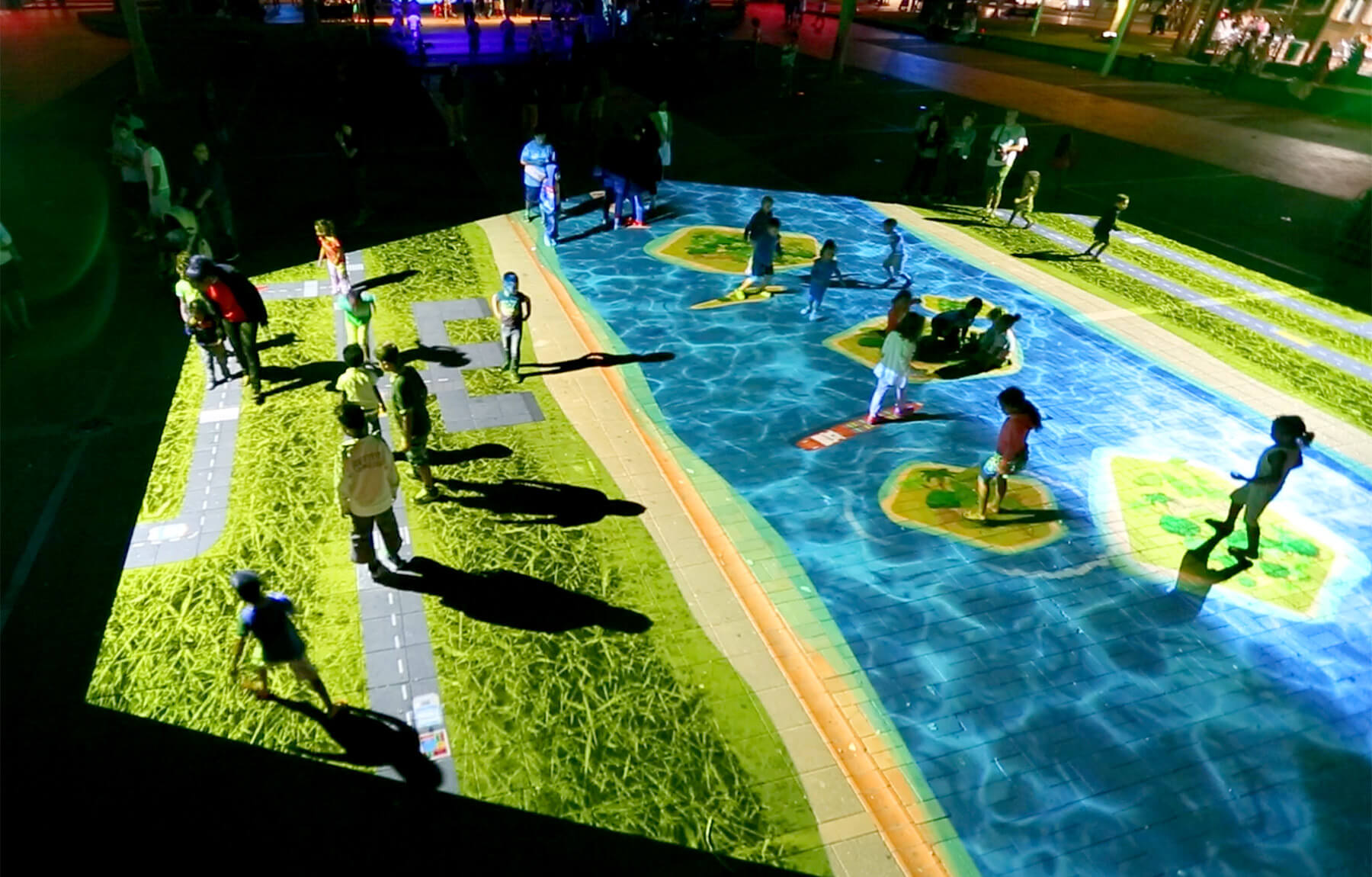 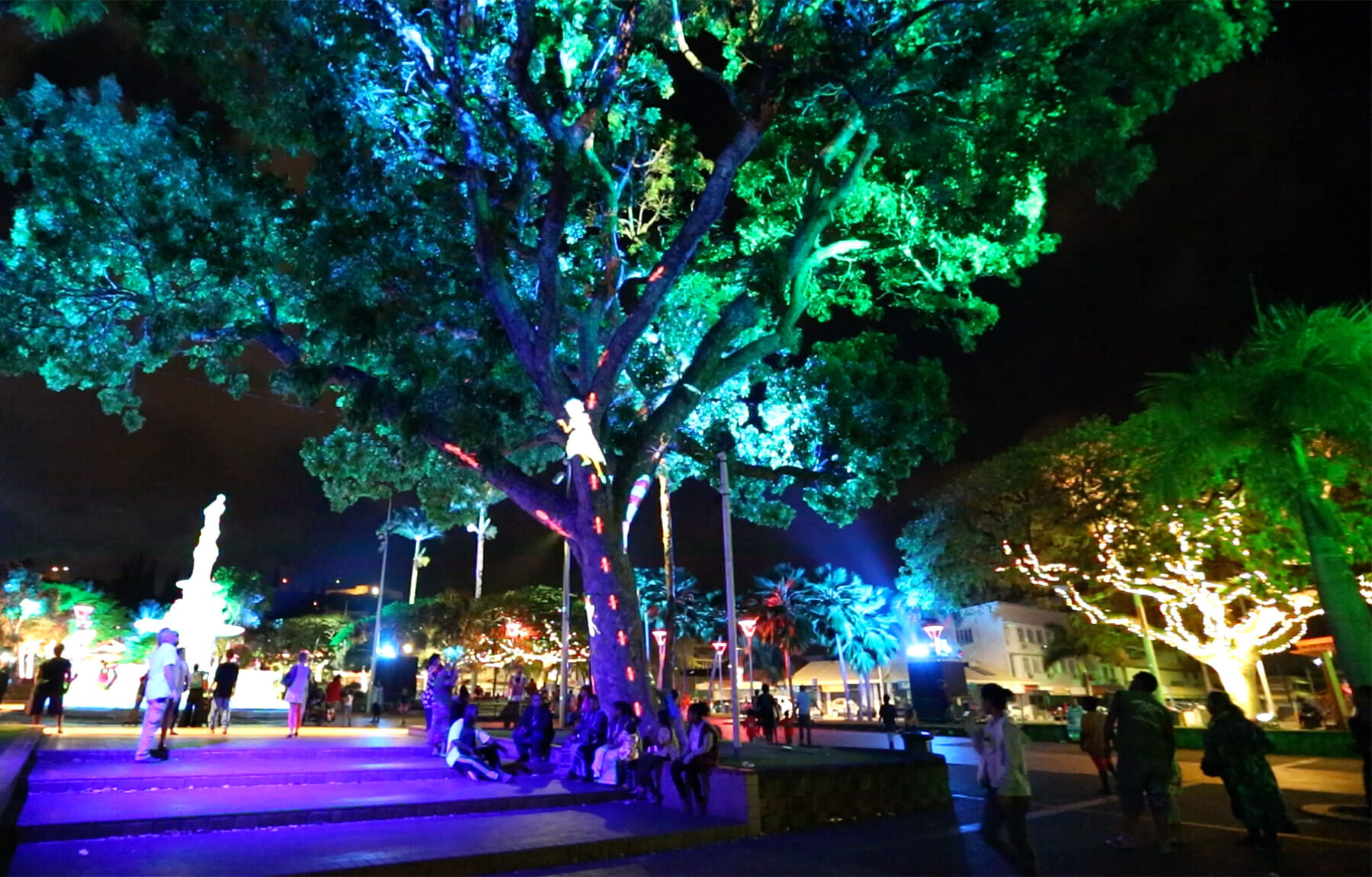 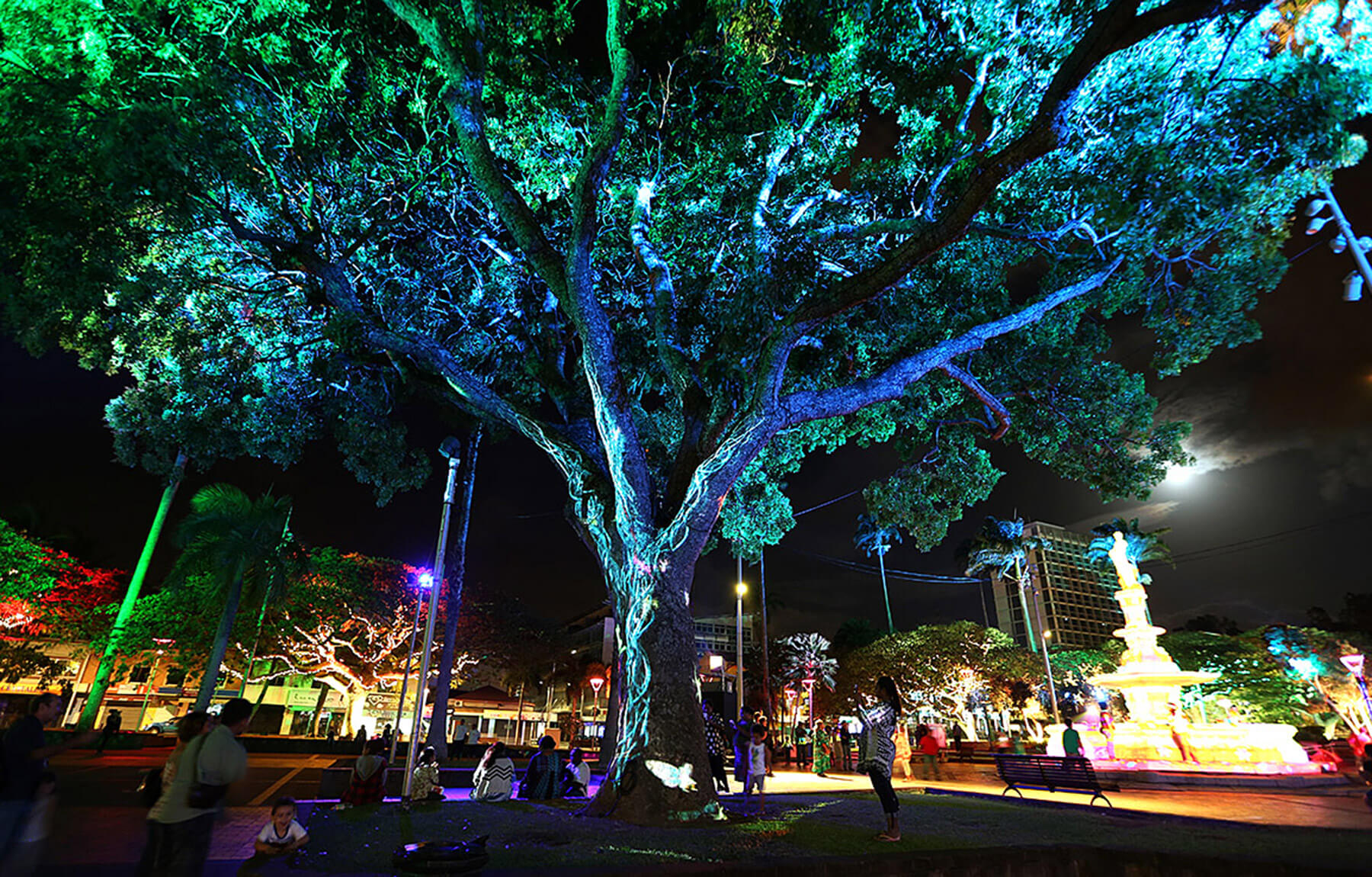 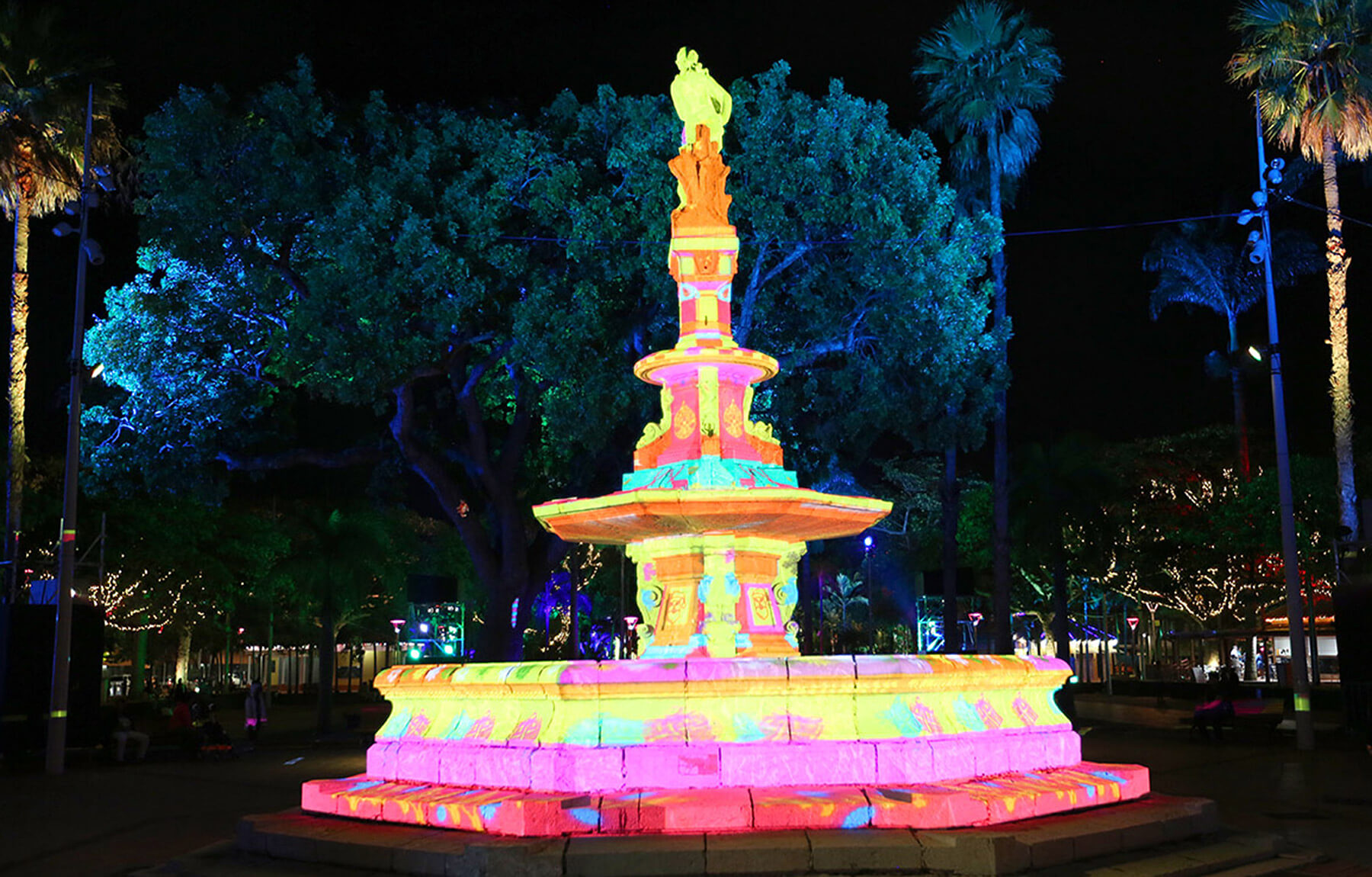 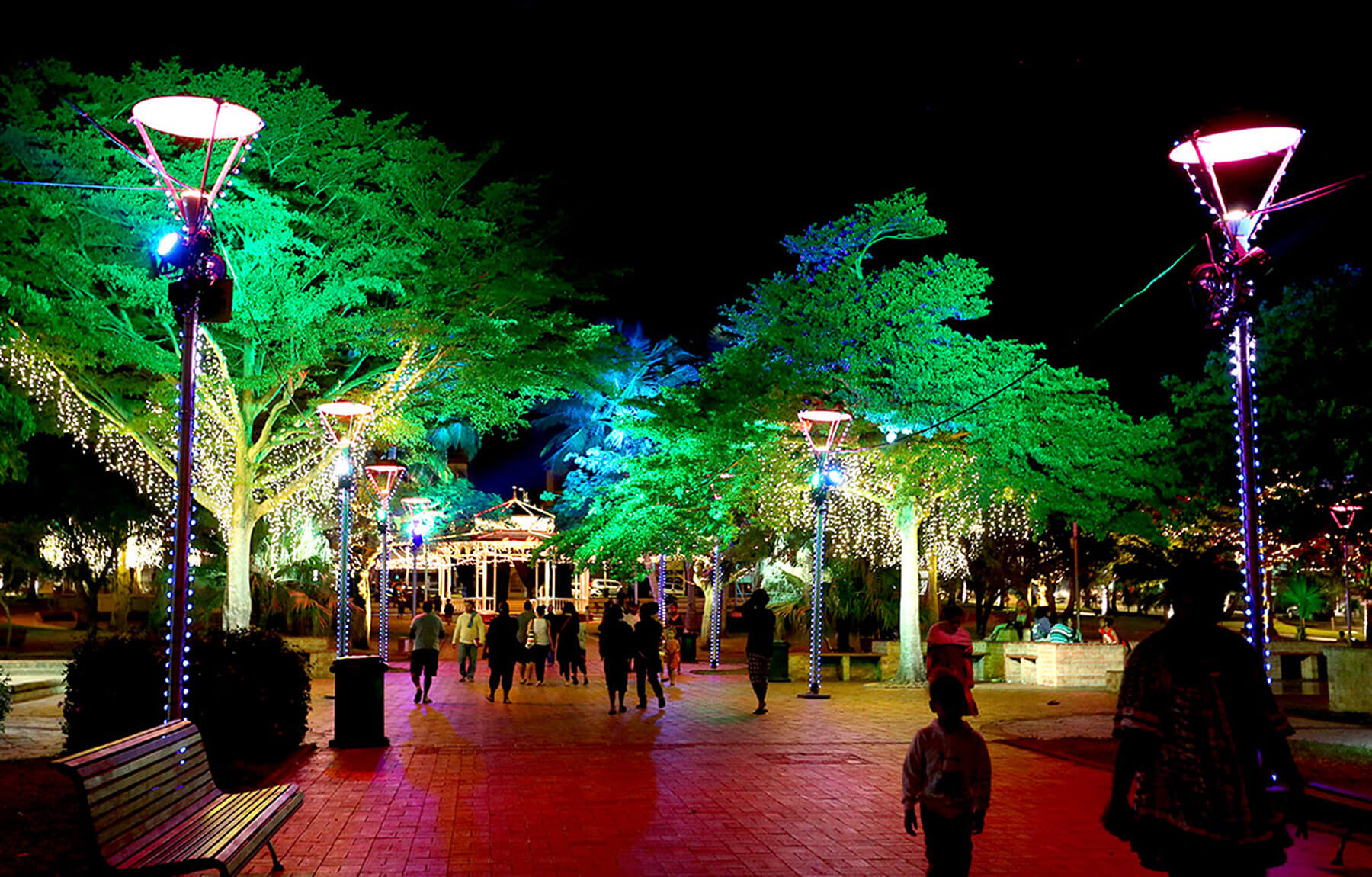 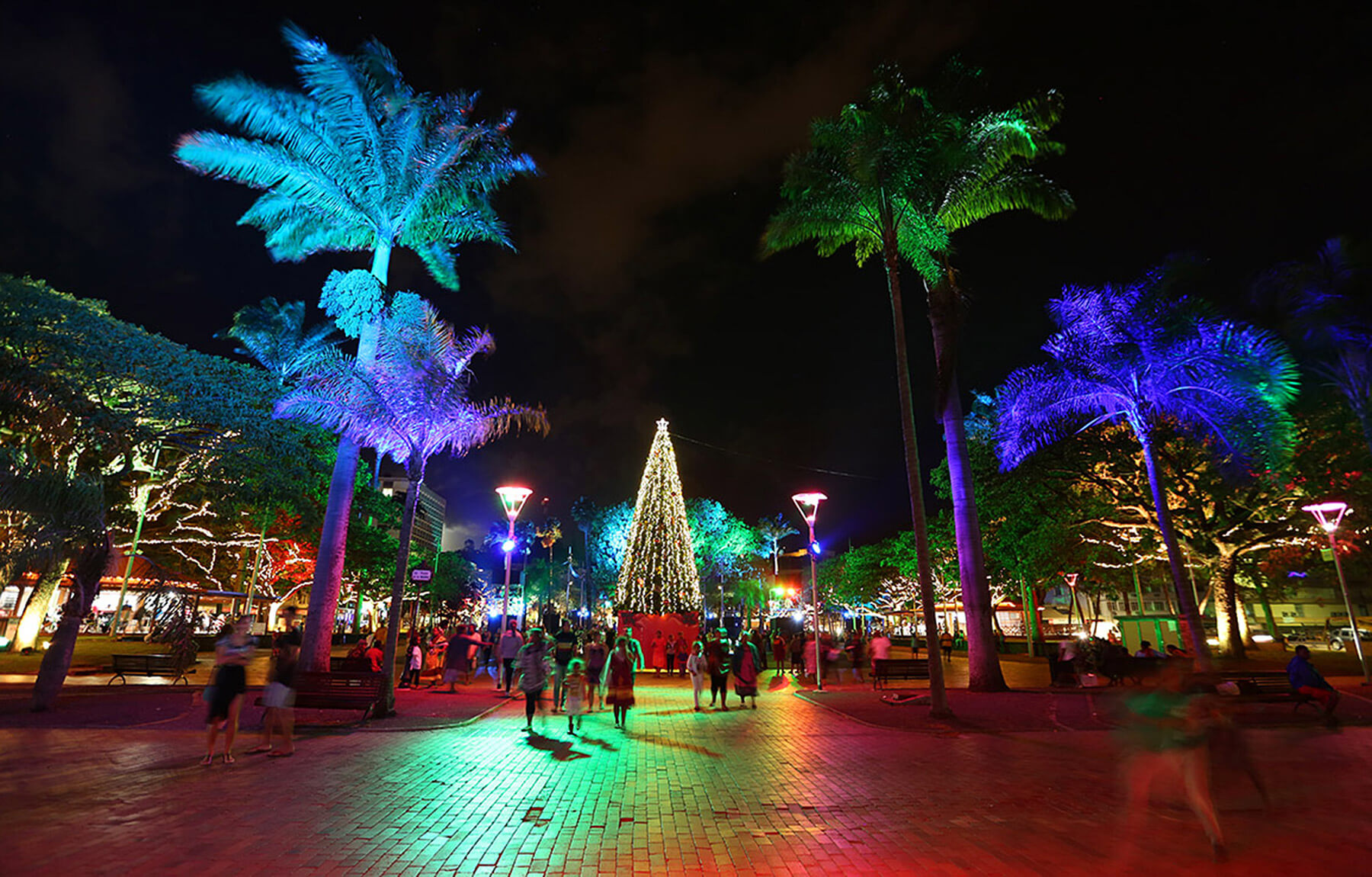 The Electric Canvas was invited by the Ville de Noumea (City of Noumea) to transform the Place des Cocotiers, a 3,700 square metre park in the heart of the city, into a Christmas fantasyland.

Using a variety of projection techniques, we brought the Celeste Fountain in the centre of the park to life with 3D animated mapping, as well as the trunk and lower branches of a giant mahogany tree nearby. The Musée de la Ville (City Museum) and Town Hall were mapped with animated architectural projections. A large vertical wall on the front of Town Hall was the canvas for an interactive “Finger-painting” projection and extreme resolution ground projection in the Place de la Marne delighted children and their parents alike.

Complimenting the many projections, an impressive amount of lighting fixtures were installed on the ground and in branches to transform and capture the beauty of the surrounding trees and vegetation. And over 700 metres of bud light strings were installed to create a canopy of shimmering light around the iconic Kiosque à Musique (bandshell).