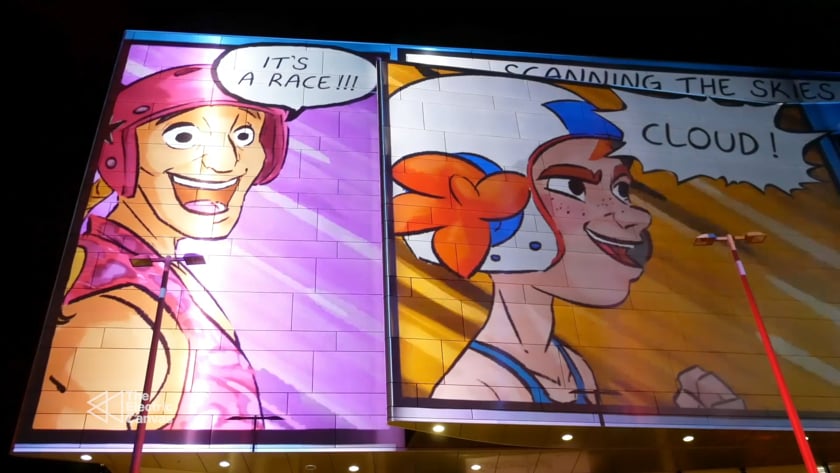 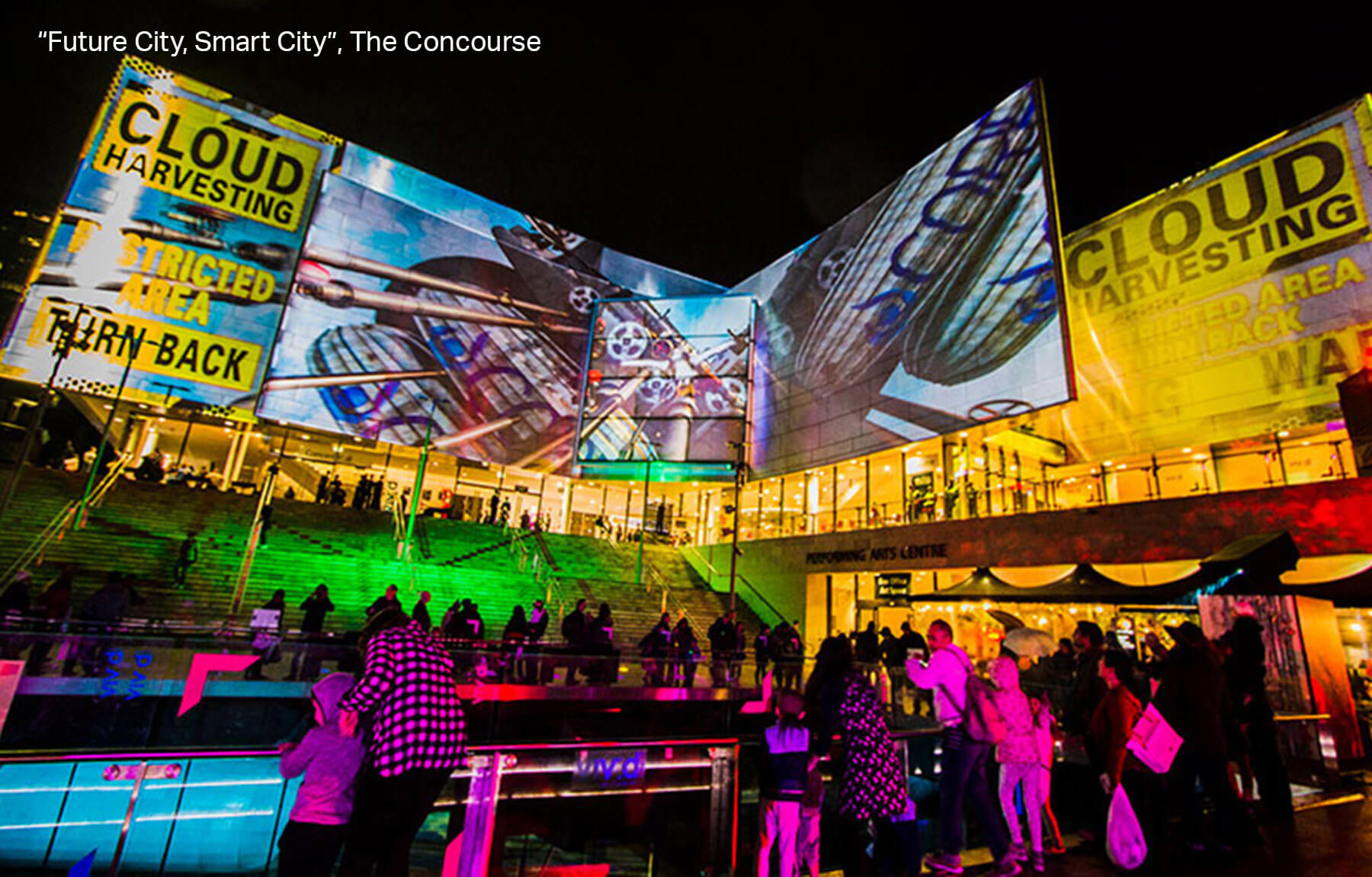 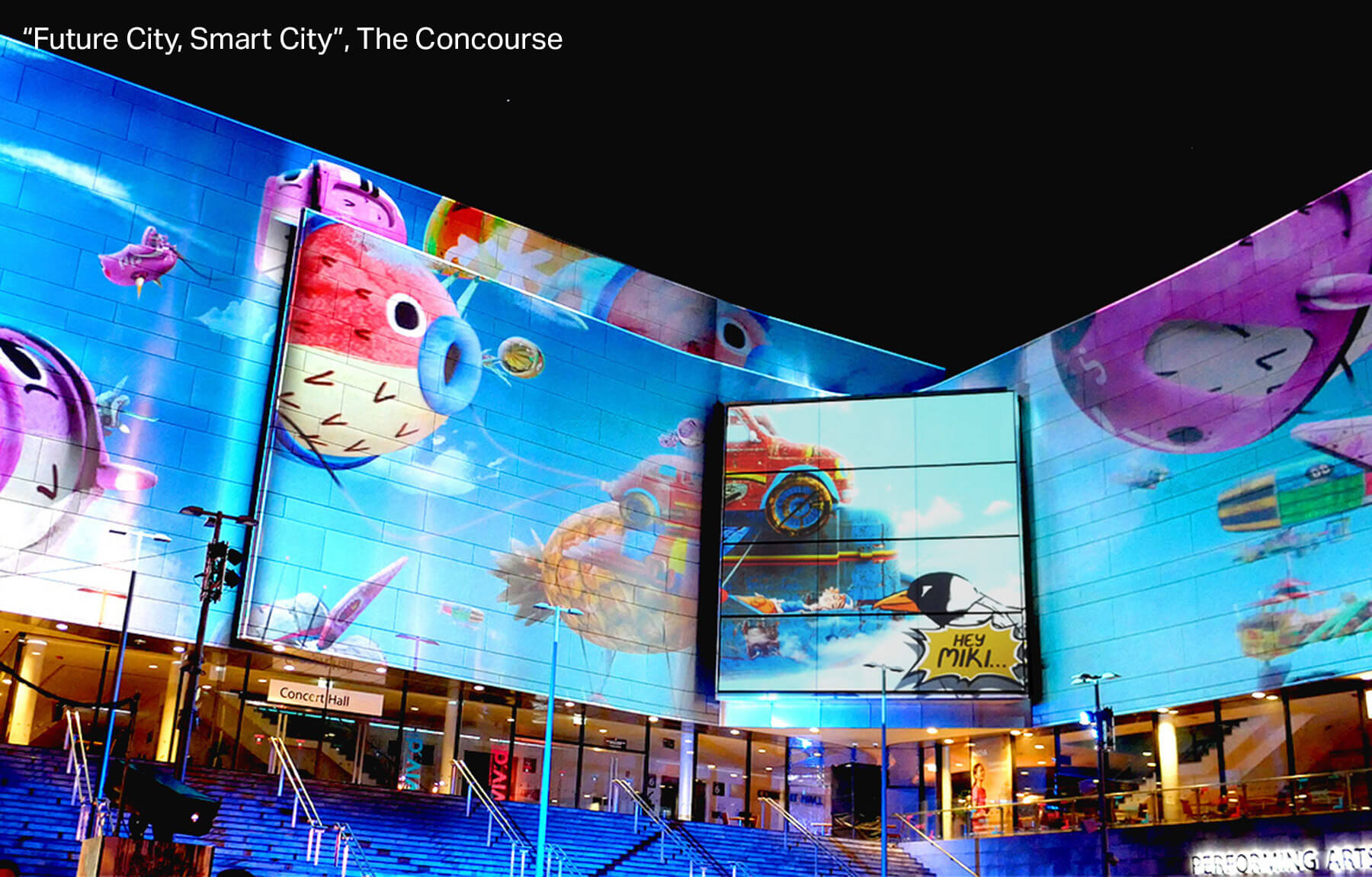 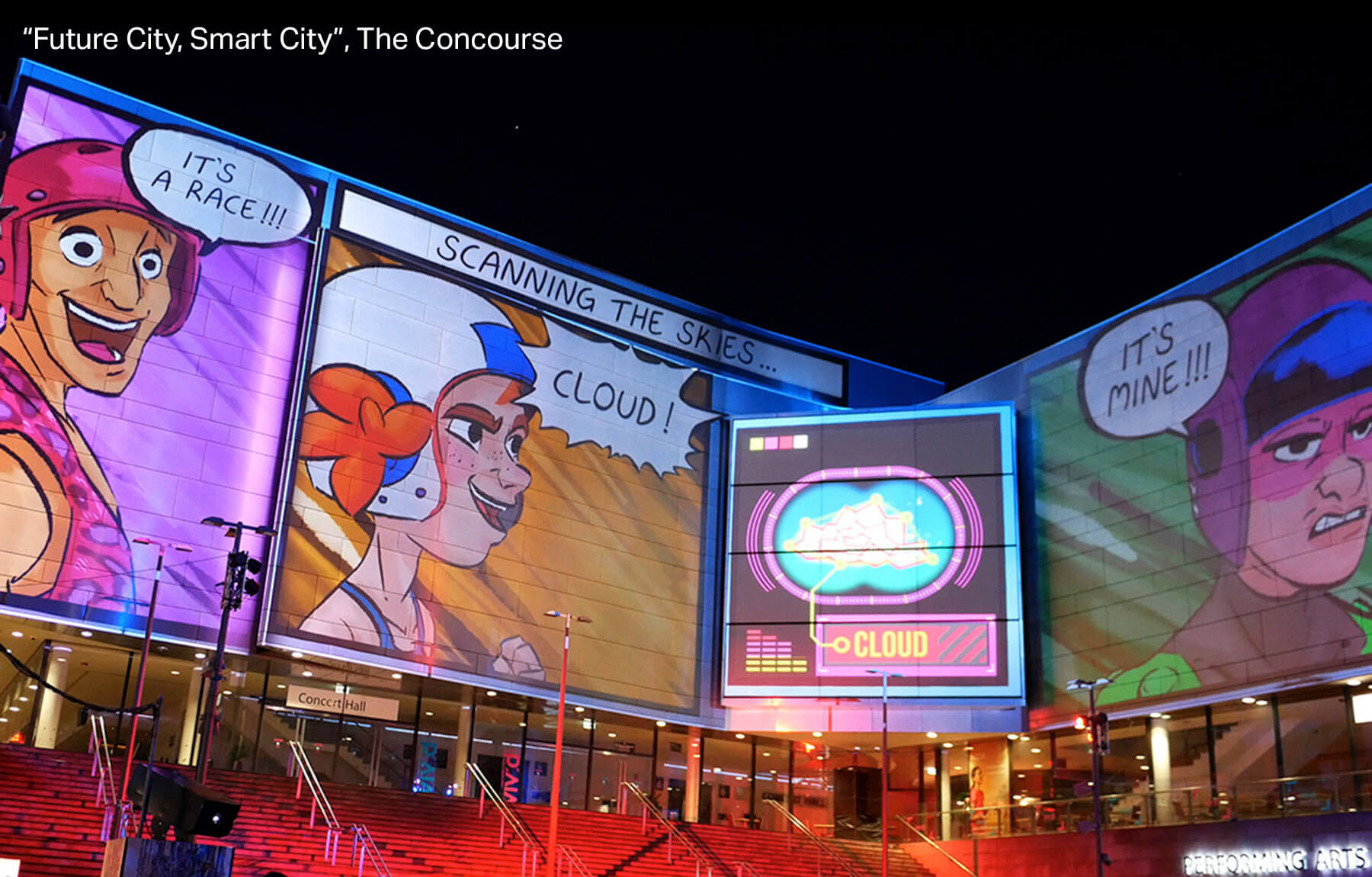 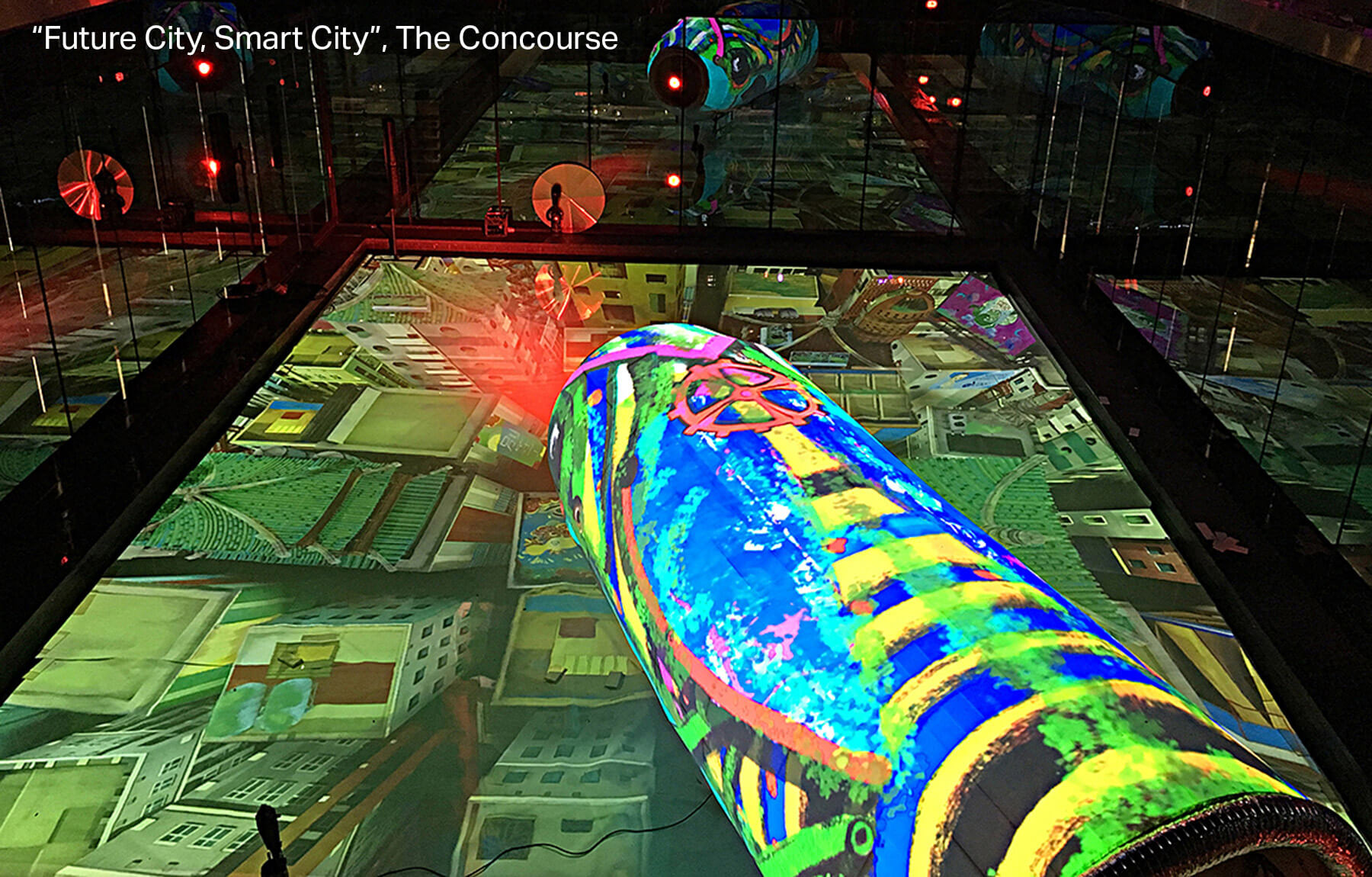 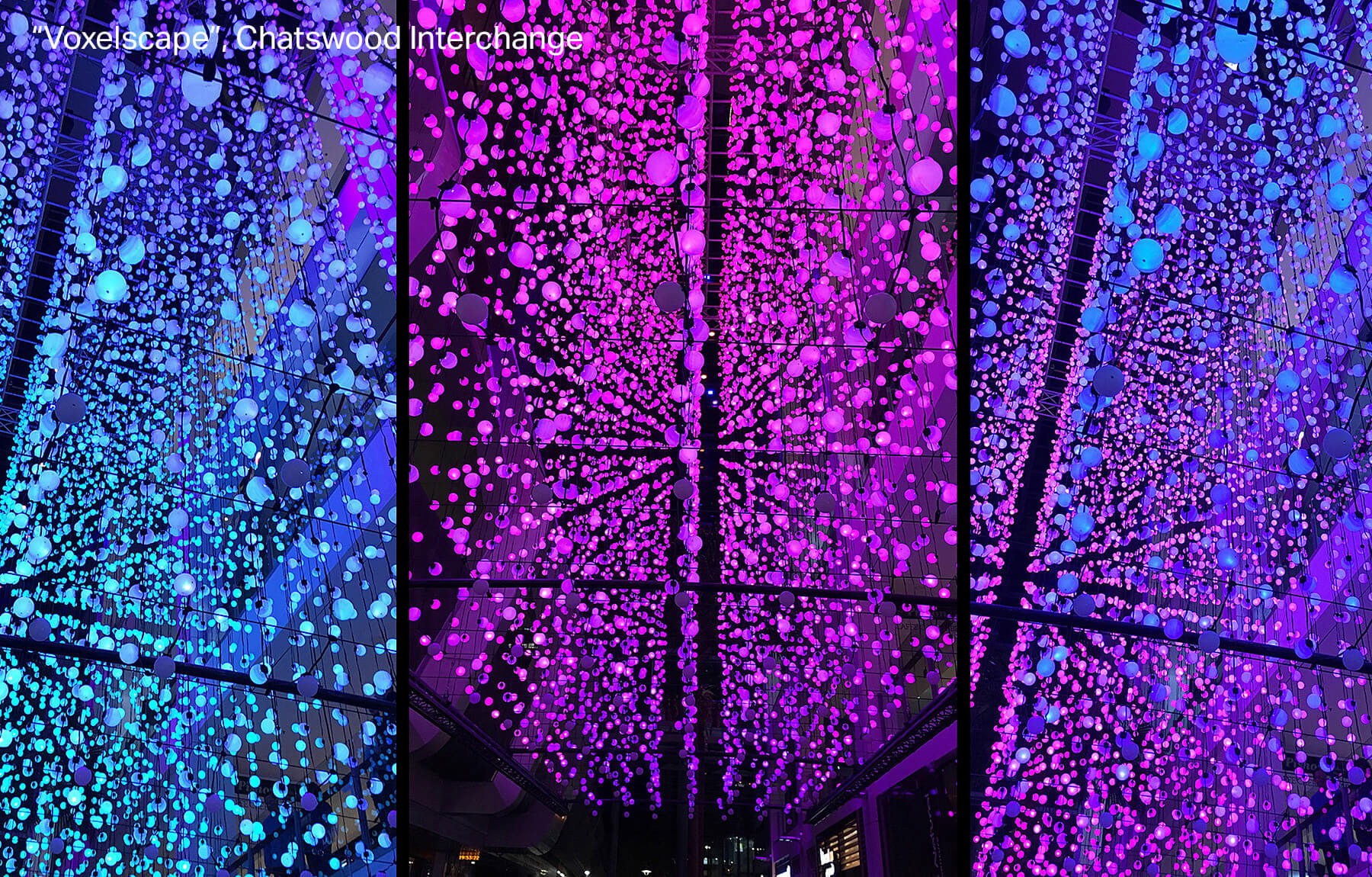 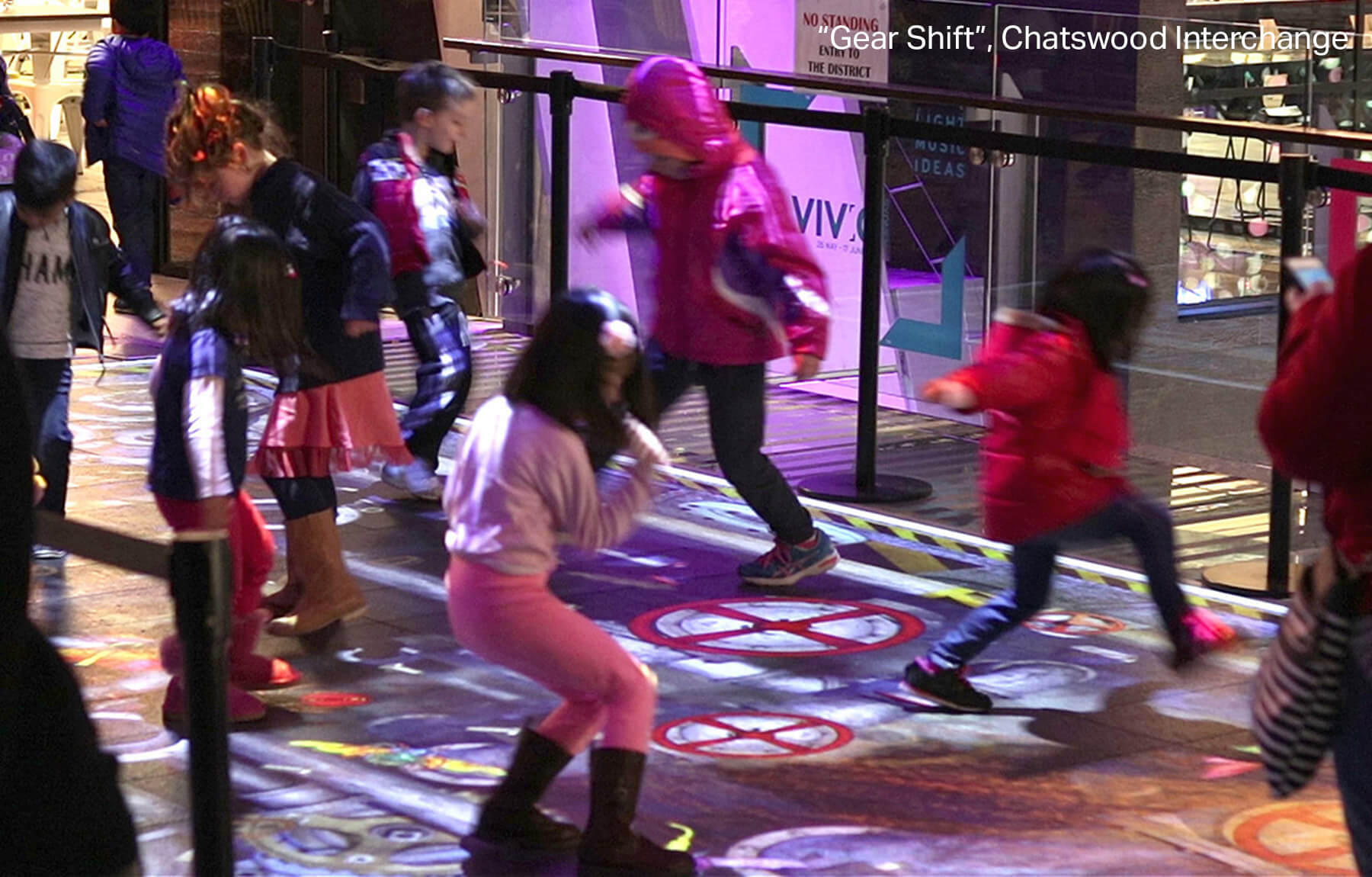 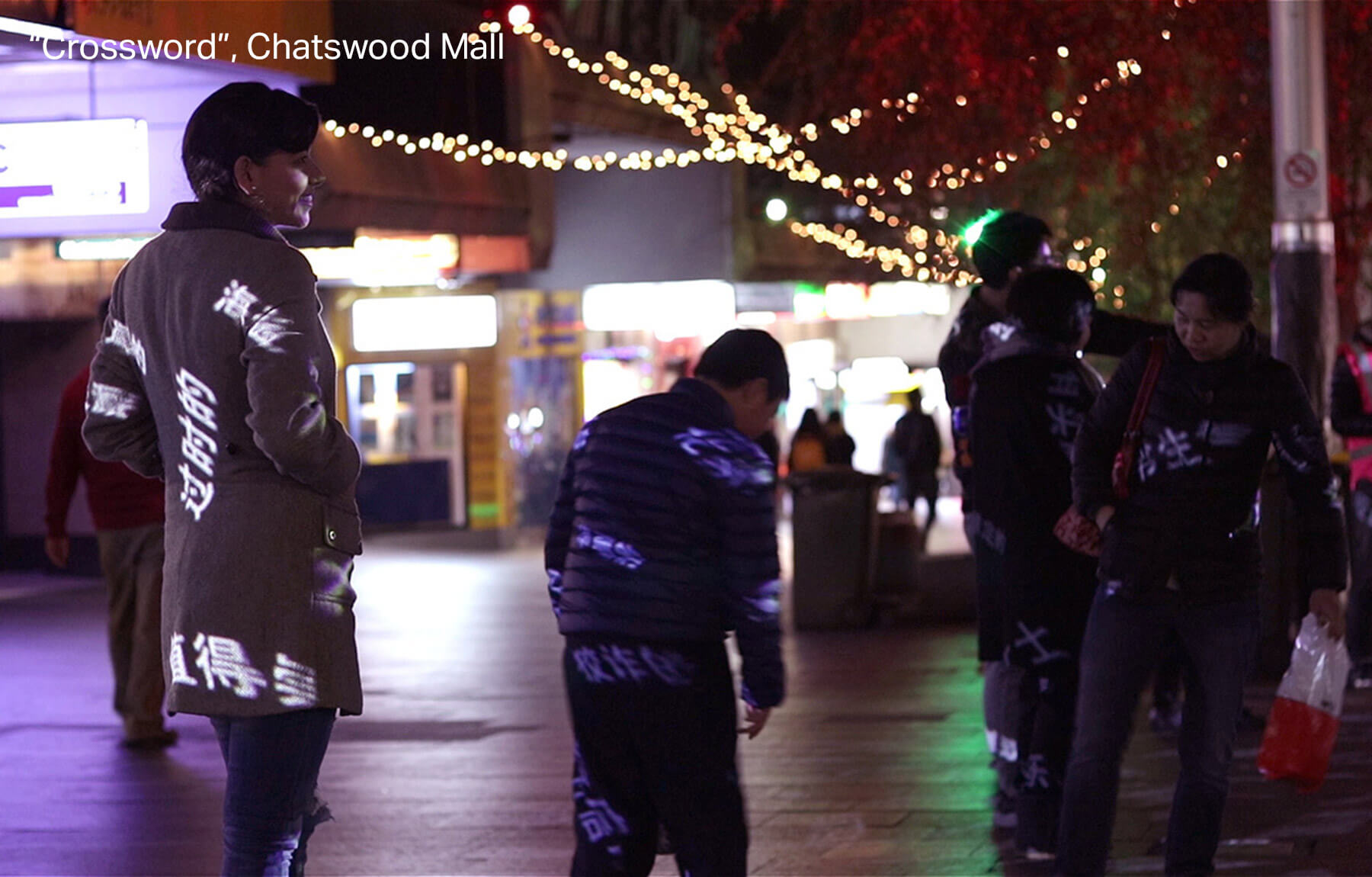 Vivid Sydney at Chatswood 2017 saw The Electric Canvas deliver seven of the eight projection and lighting installations within the precinct. Appointed by Willoughby City Council, we used the overarching theme of “steampunk meets manga” as inspiration for this diverse collection of light-based artworks.

The futuristic sails of The Concourse performing arts centre was the canvas for our feature son et lumière, “Future City, Smart City”. Below, in the reflection pool, projections onto the floor of the pool and a giant airship complemented the show on the sails above.

At Chatswood Interchange, “Voxelscape” was a vast three-dimensional array of some 9,000 LED spheres, individually mapped to create patterns and movement, realised in collaboration with NZ-based OpticShock. On the level 3 footbridge, the interactive projection “Gearshift” delighted children and adults alike, as they chased and were chased by steampunk bugs and mechanical critters.

In Chatswood Mall, almost a kilometre of bud light stretched across the breadth of the pedestrian thoroughfare, creating a sparkling canopy of light above the heads of Vivid-goers. “Crossword” projected a crossfire of emotive words, in English and in Chinese, for the public to discover on their bodies as they walked through the sea of words hovering in mid-air. At Chatswood Chase, Vivid’s youngest patrons played amongst “Light Bounce”, a fun and engaging installation filled with colour, glitter, mirrors and light.