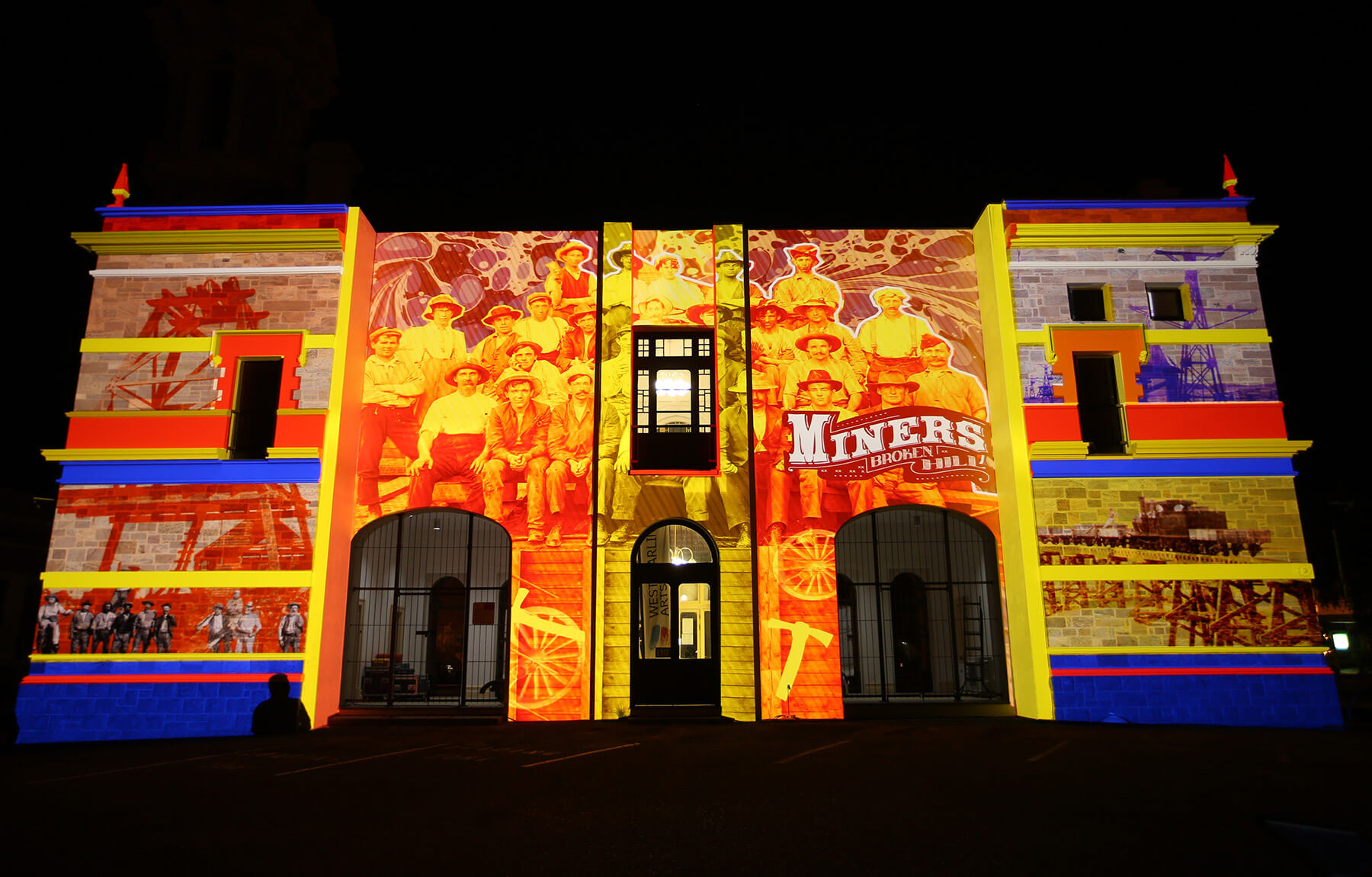 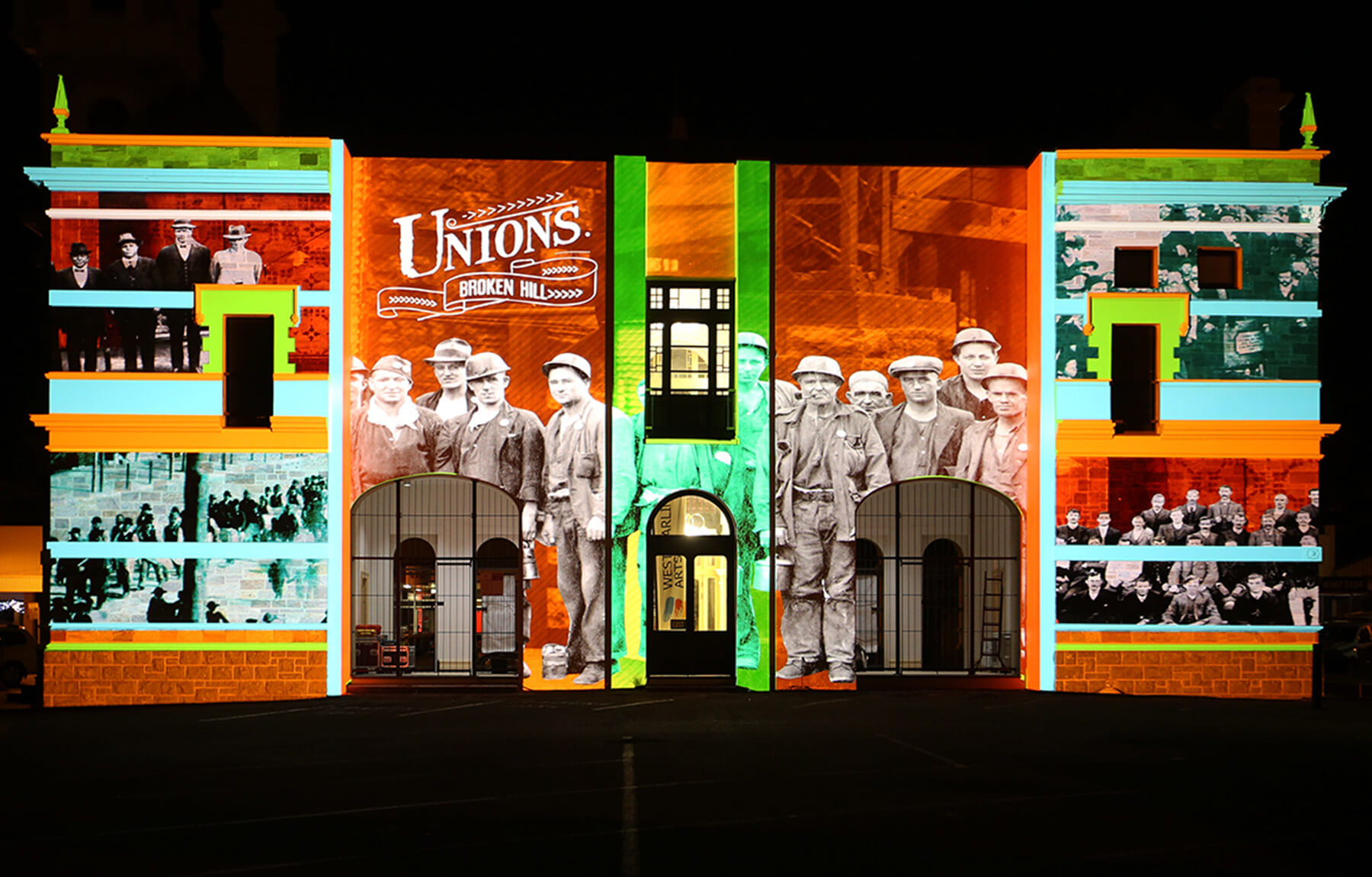 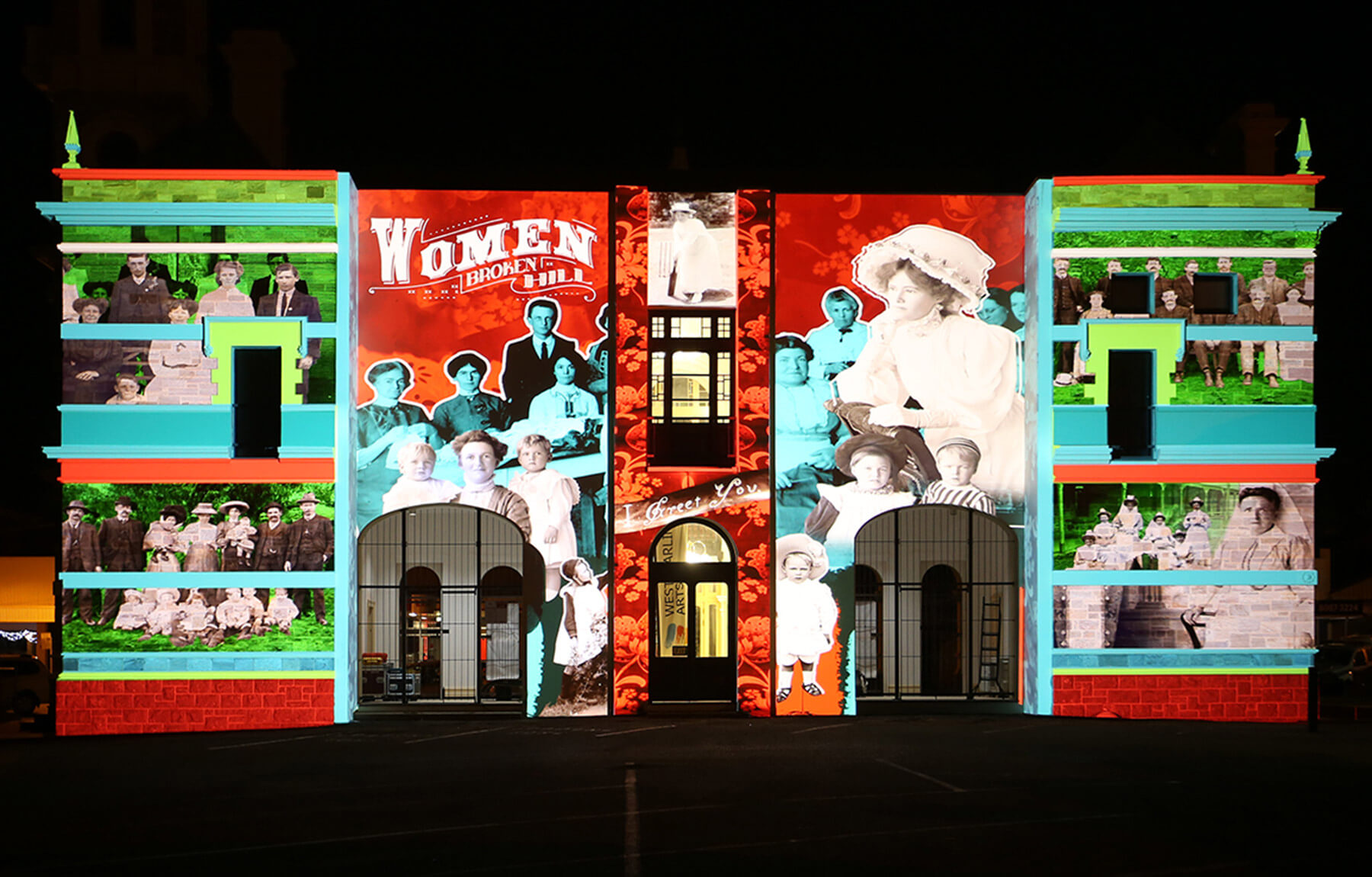 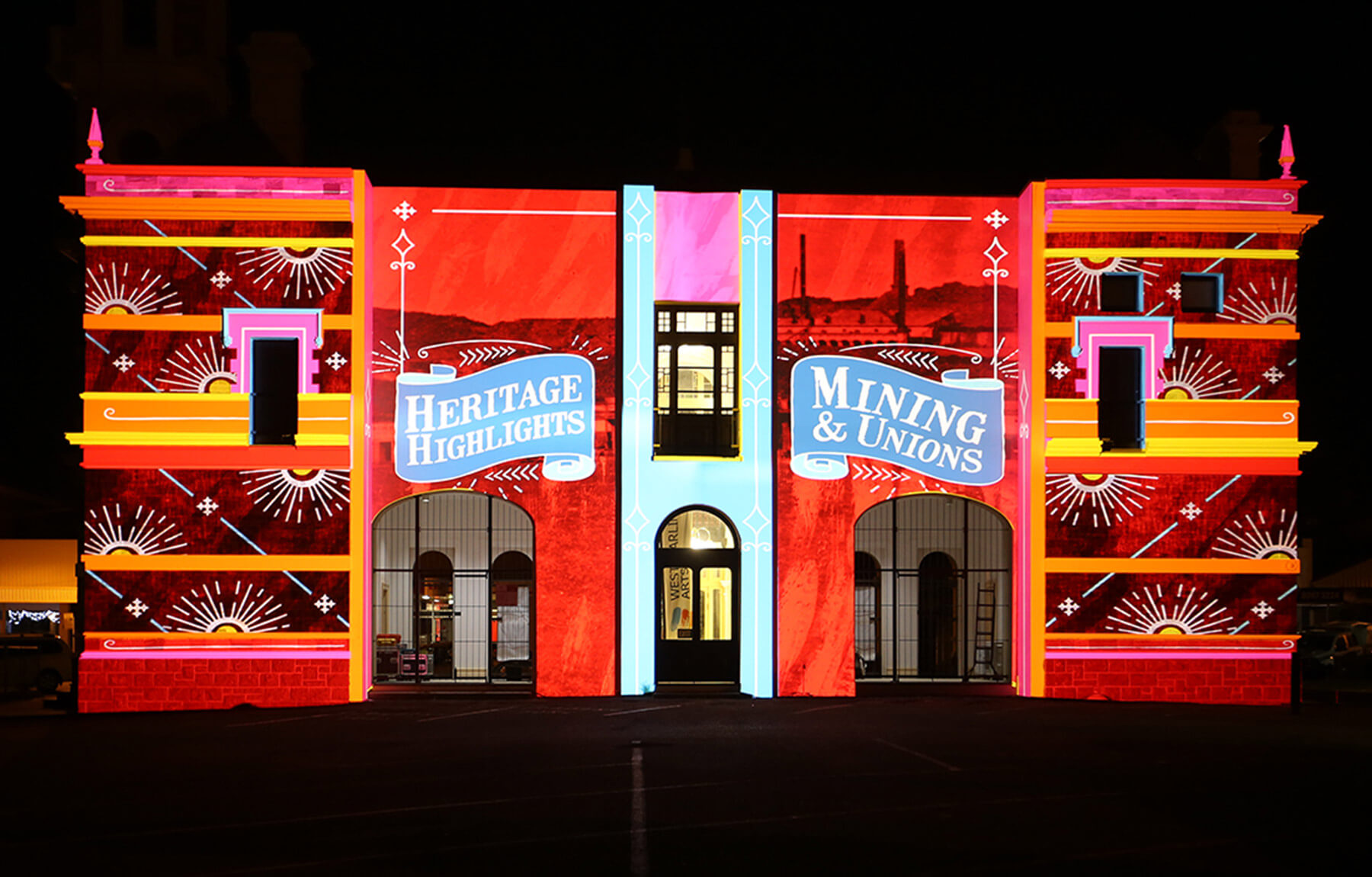 As Australia’s first National Heritage listed city and longest running mining town, Broken Hill has much to be proud of. The Electric Canvas was invited to create architectural projections onto the front and rear façades of Broken Hill Town Hall as part of its annual Heritage Festival.

Utilsing both digital and PIGI systems, we created a series of treatments that celebrated the prominence of Broken Hill in Australia’s mining and industrial relations history. Of particular note was a treatment featuring a work by Sam Byrne, one of Broken Hill’s celebrated artists who was also a miner.