More Projects
Back to Our Work
The Electric CanvasOur WorkWinter Wonderlights 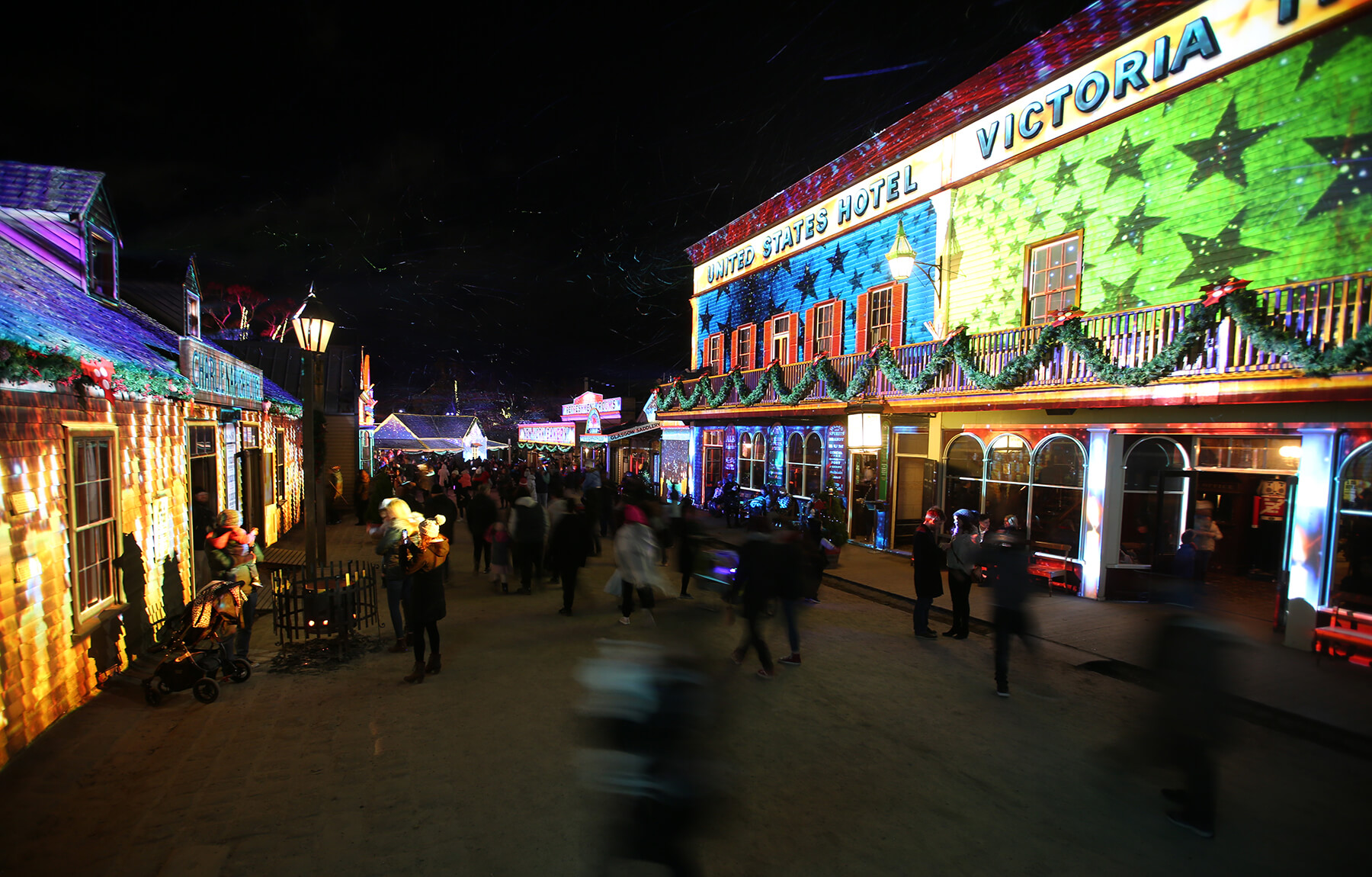 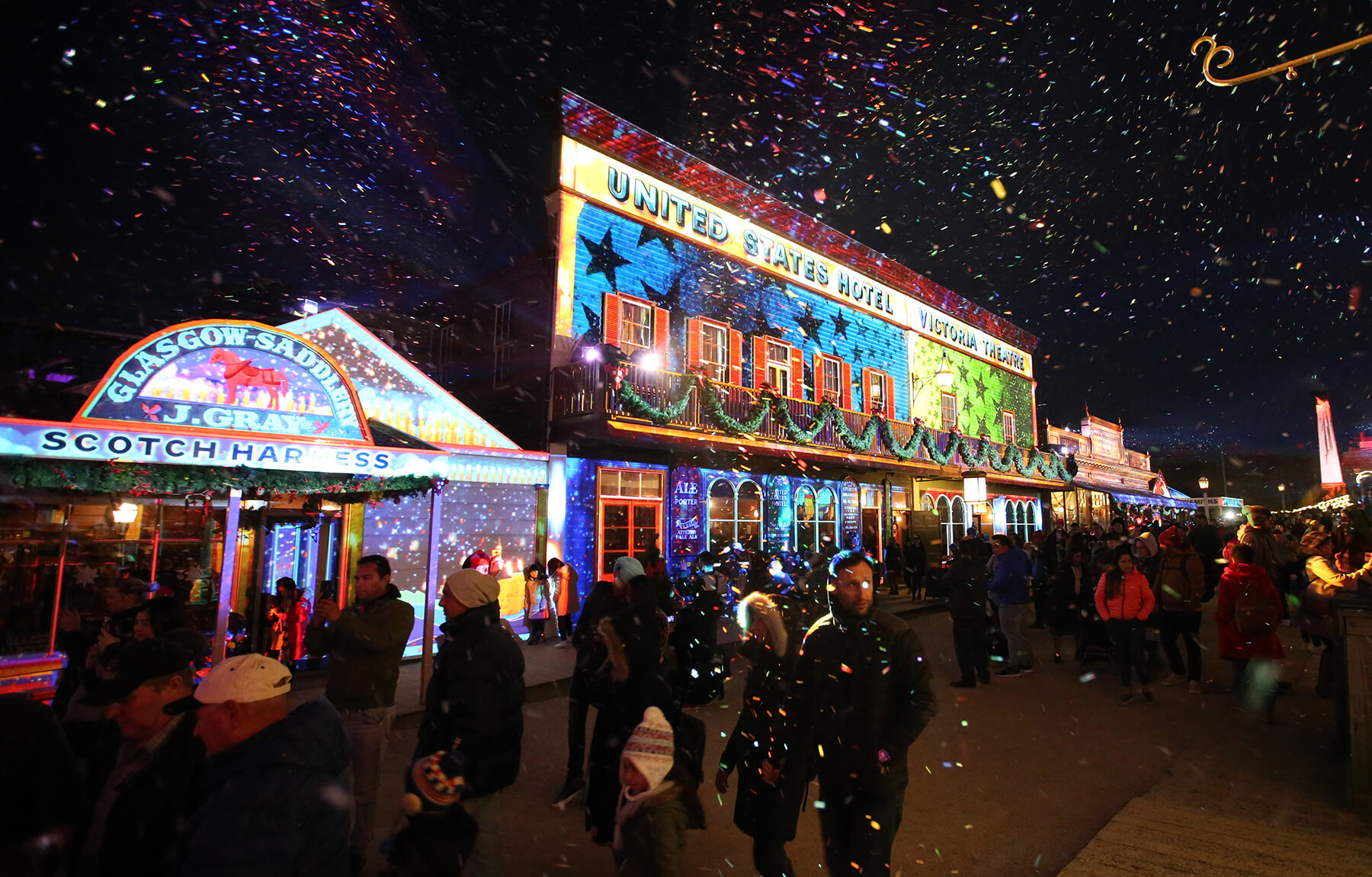 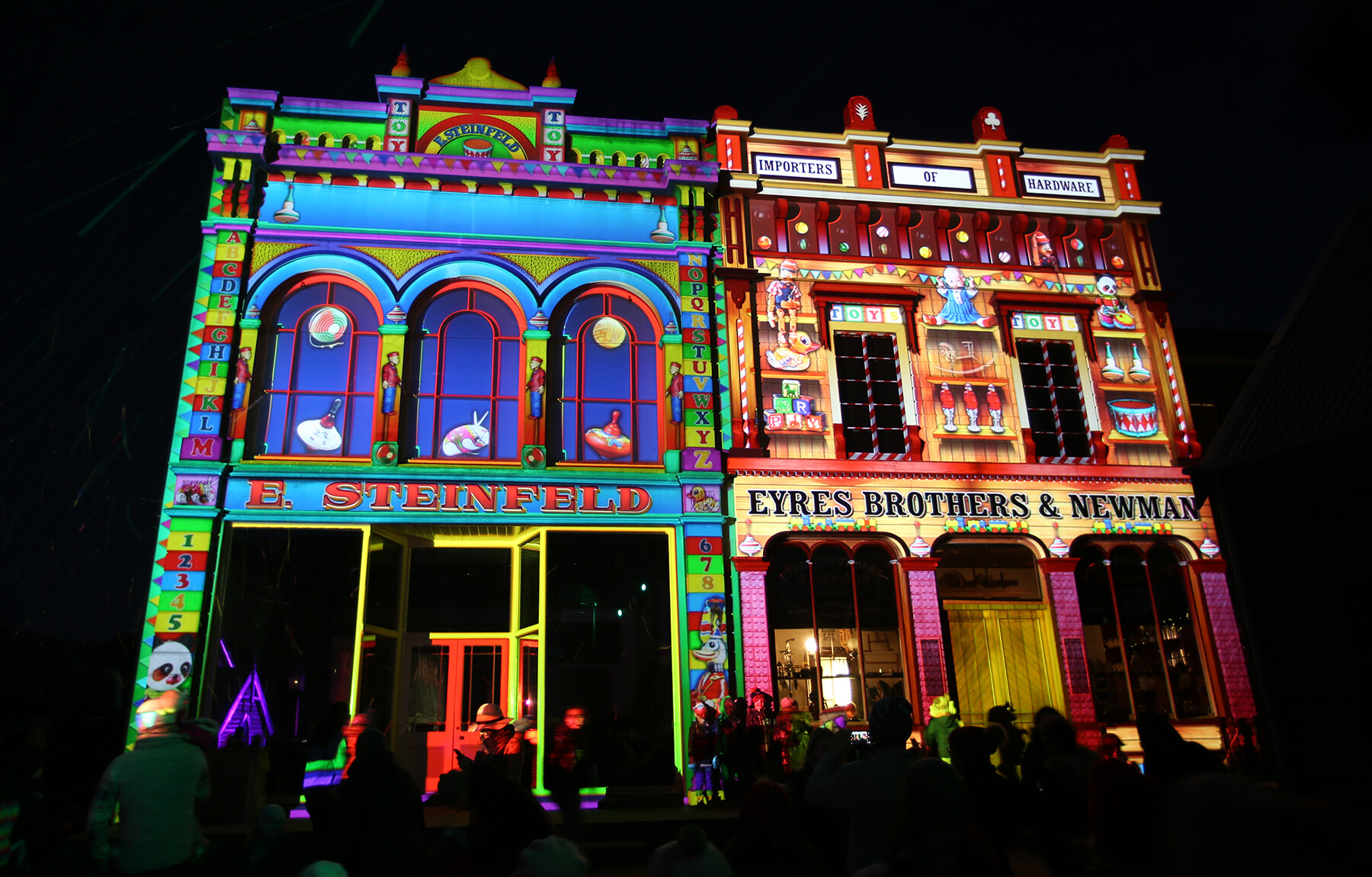 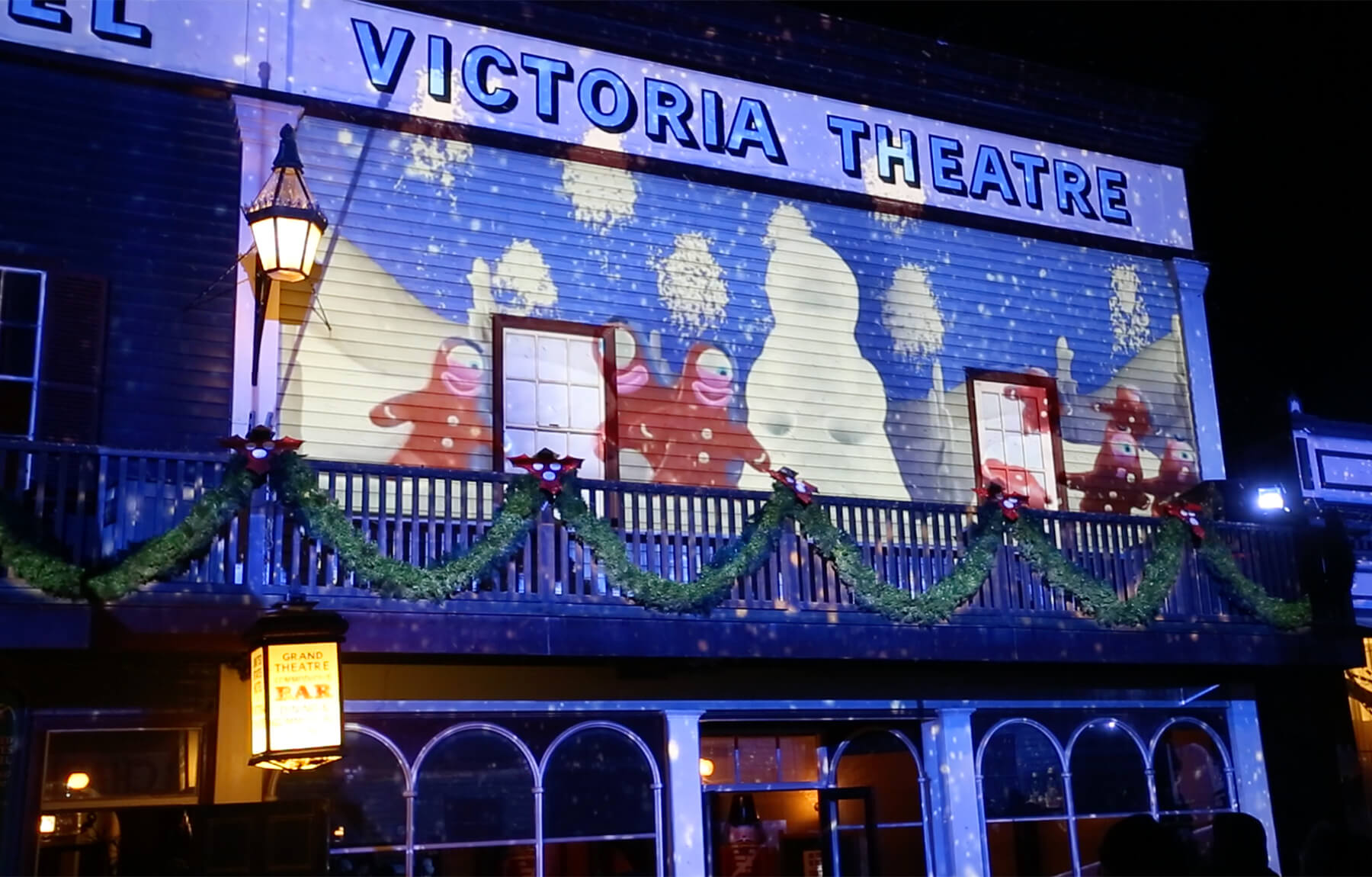 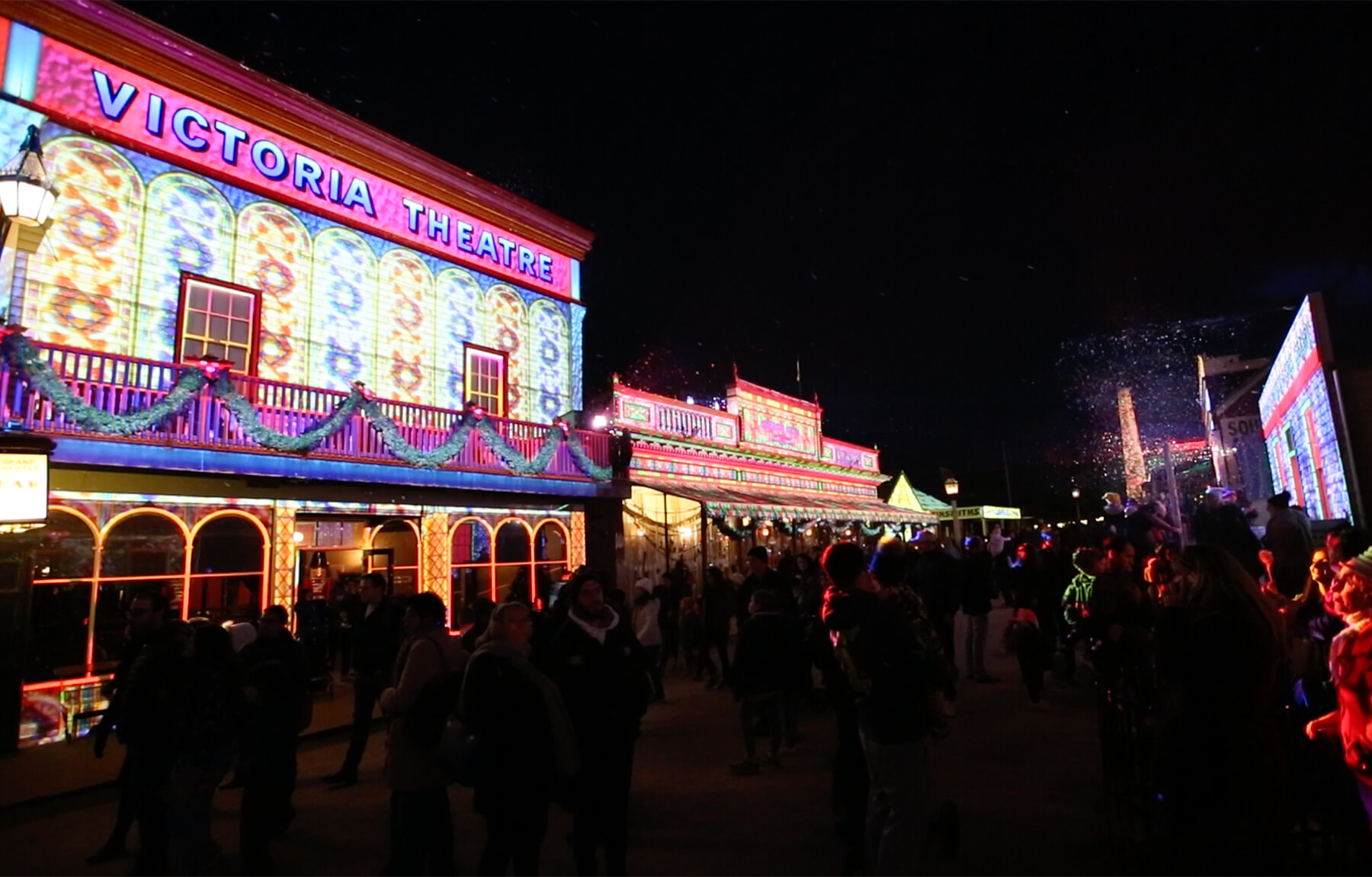 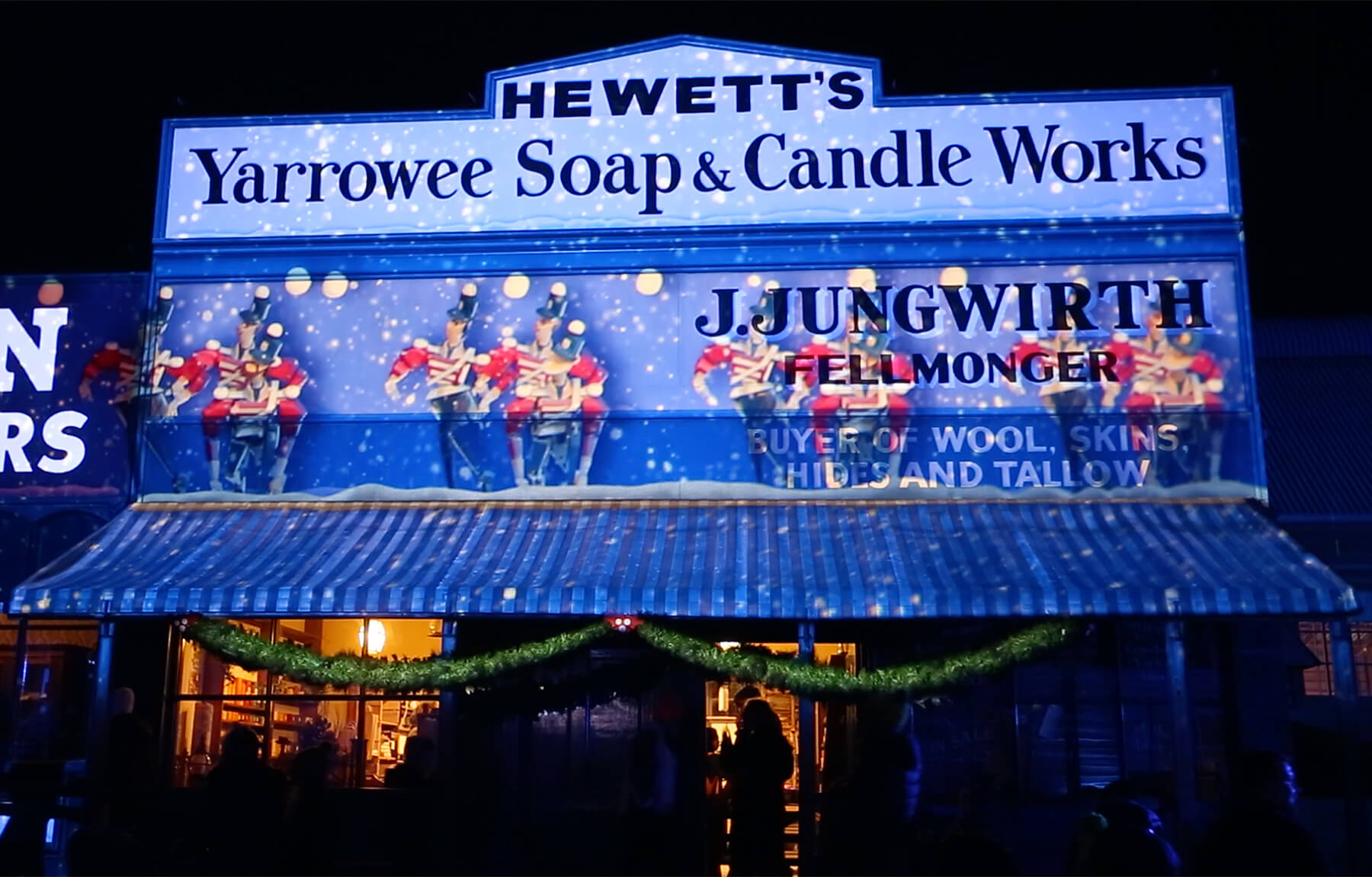 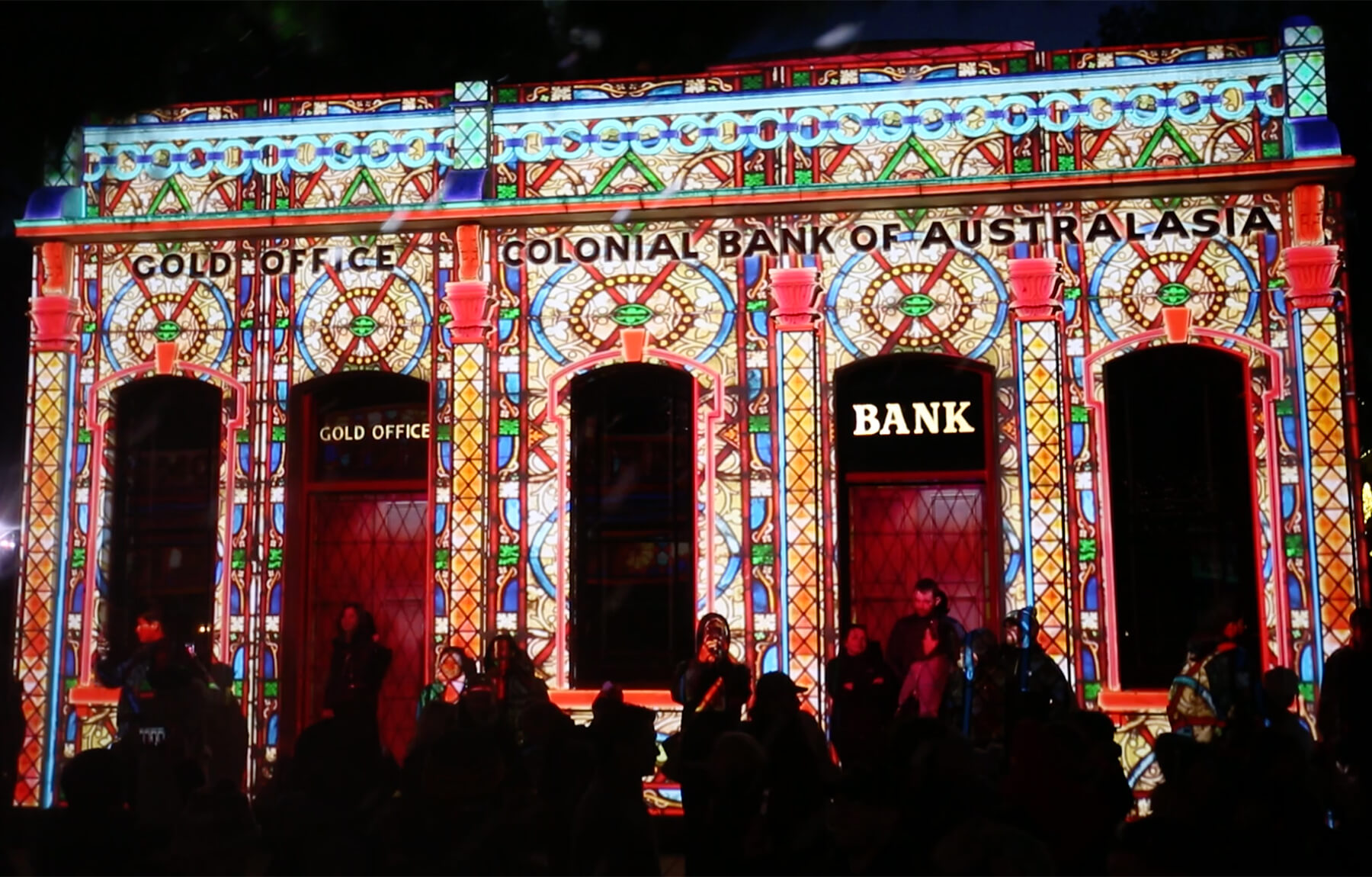 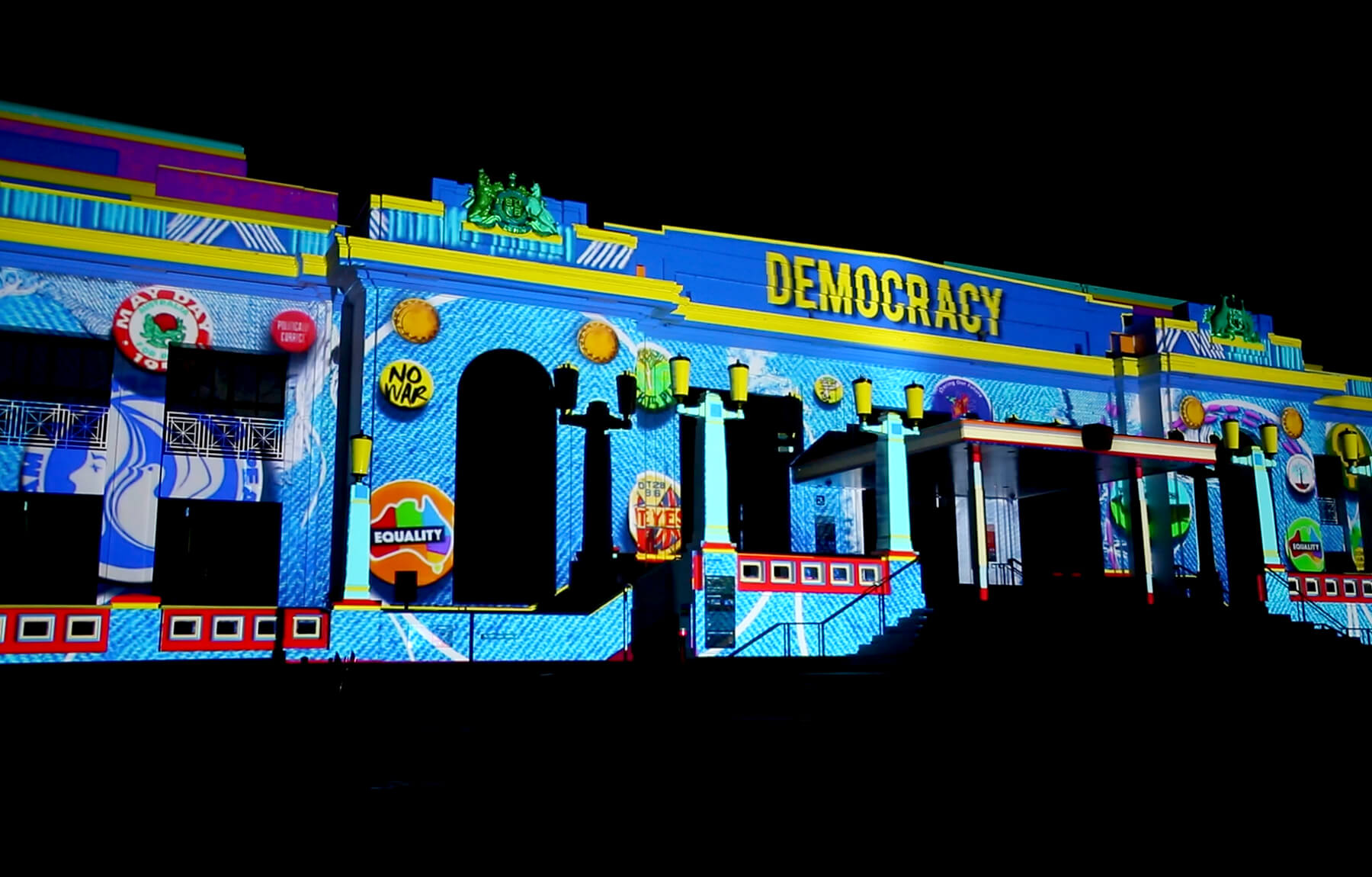 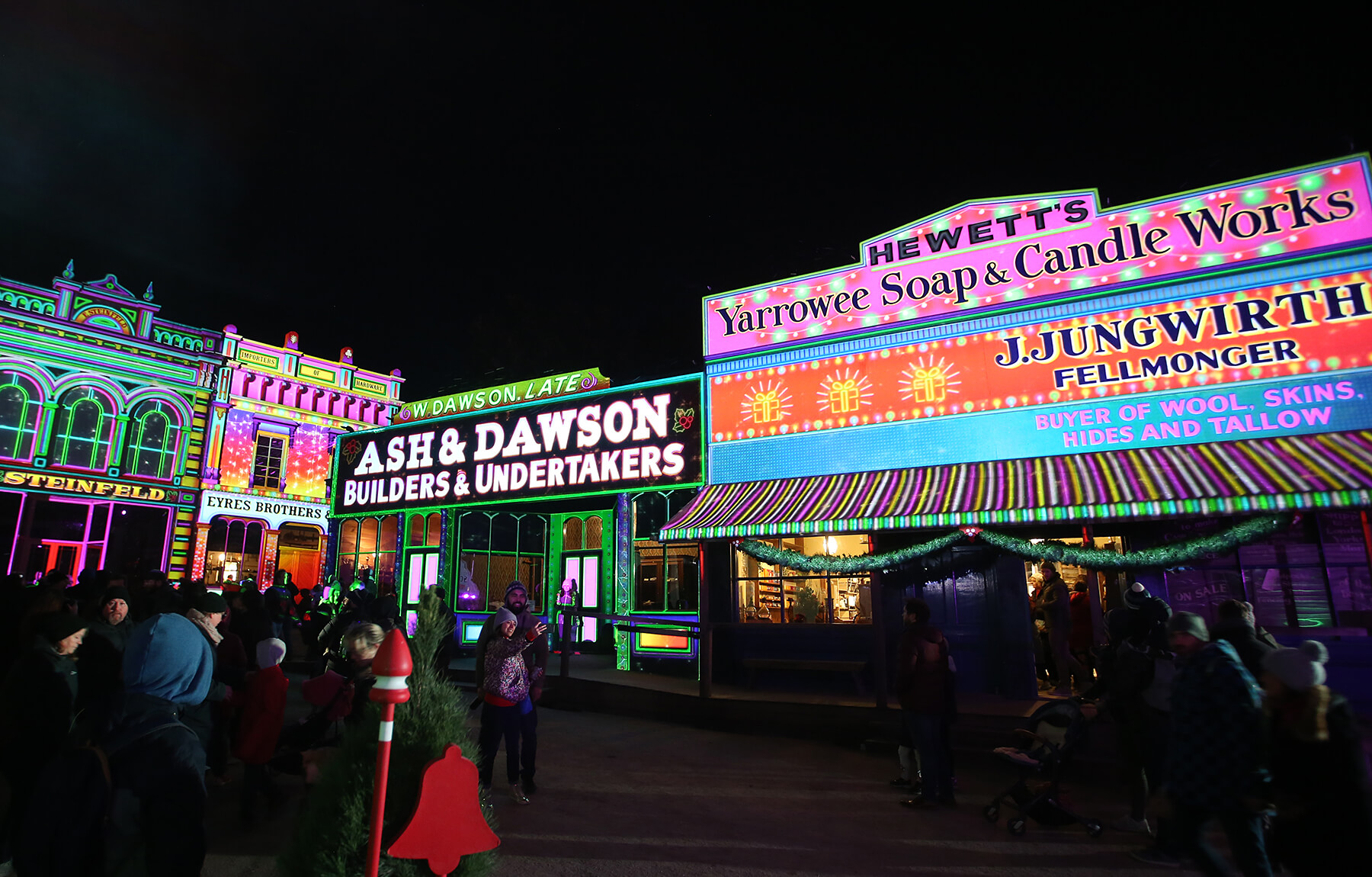 “Winter Wonderlights” is the highlight of Sovereign Hill’s annual Christmas in July and The Electric Canvas has had the priveledge of partnering with the world-renowned outdoor museum since the inaugural event in 2014. For twenty-four consecutive nights, the buildings in Main Street come alive with mapped architectural projections set to a custom soundtrack.

In the past six years, the number of buildings we’ve covered with projection has grown from eleven to a staggering twenty-five, a reflection of the huge success of the Winter Wonderlights event. This year’s activation welcomed close to 100,000 visitors, making it one of the largest ever events staged in Sovereign Hill’s 49 year history.

The complexity of the creative content has also increased exponentially, with the introduction of a story-based show complete with 3D animated characters. The projection show saw our protagonist, Sir Ginger, and his army of gingerbread clones go head to head in a snowball battle with the Red Coat Soldiers – another great opportunity for our art department to showcase its 3D animation skills.