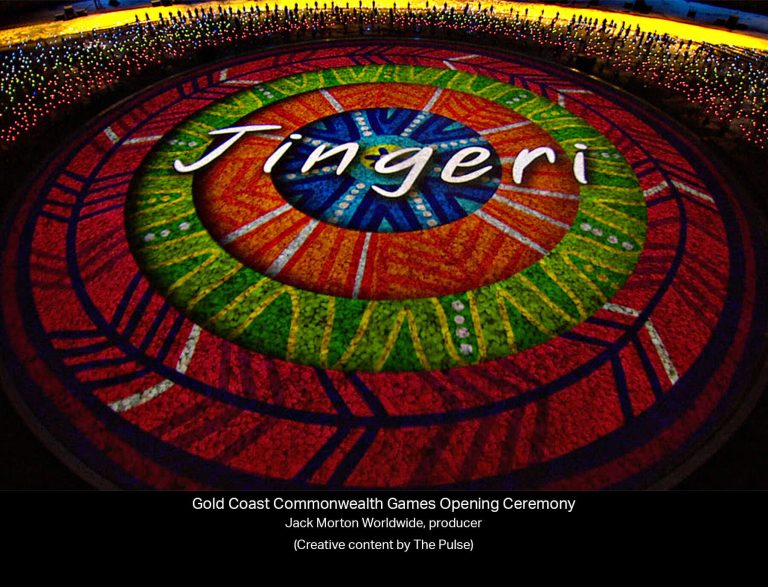 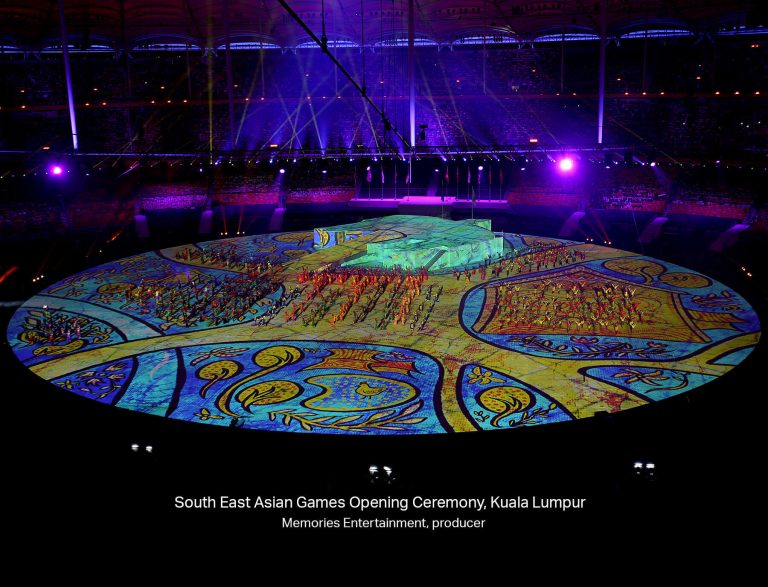 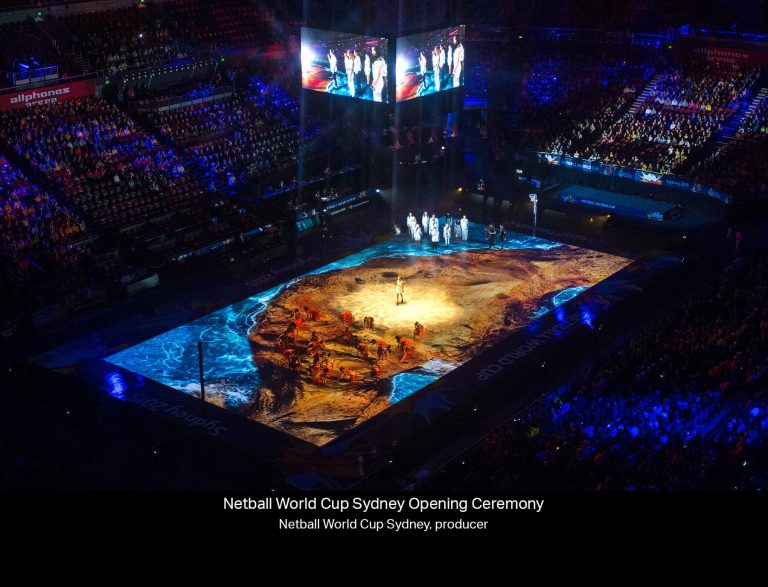 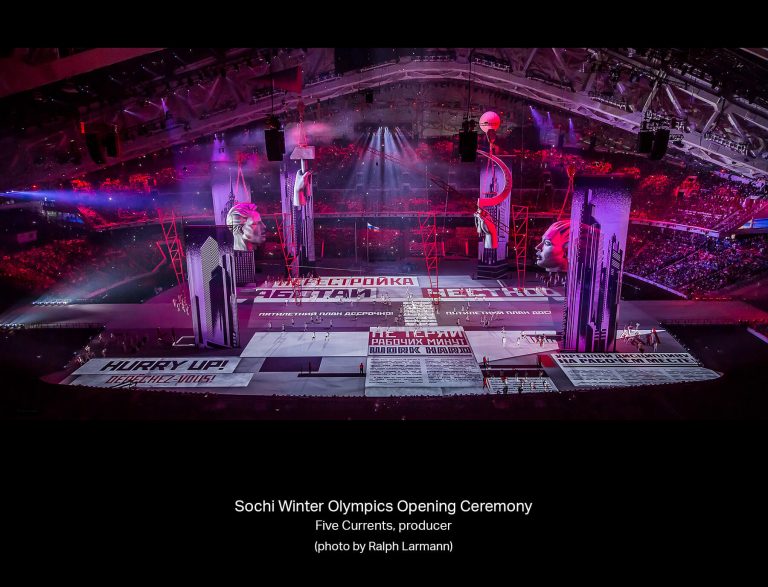 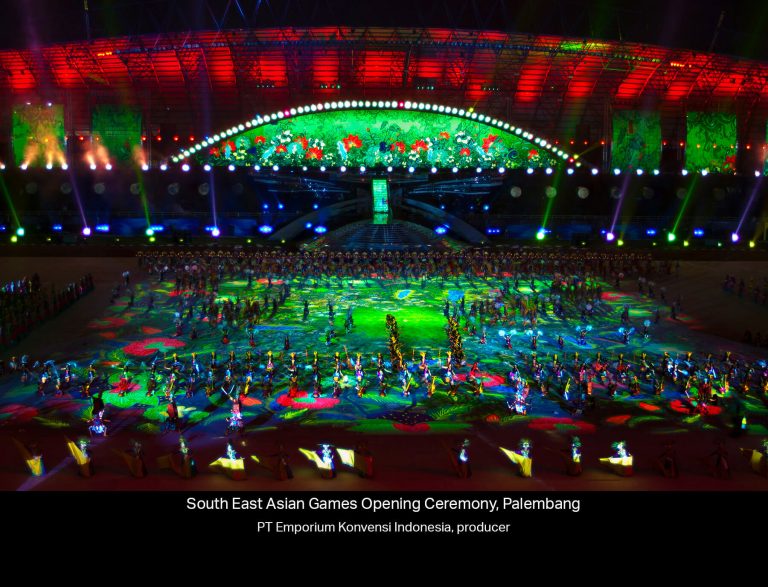 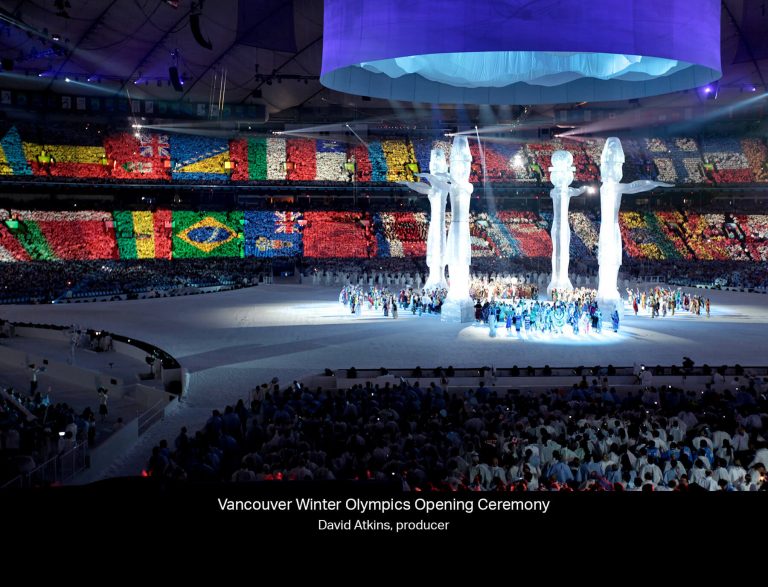 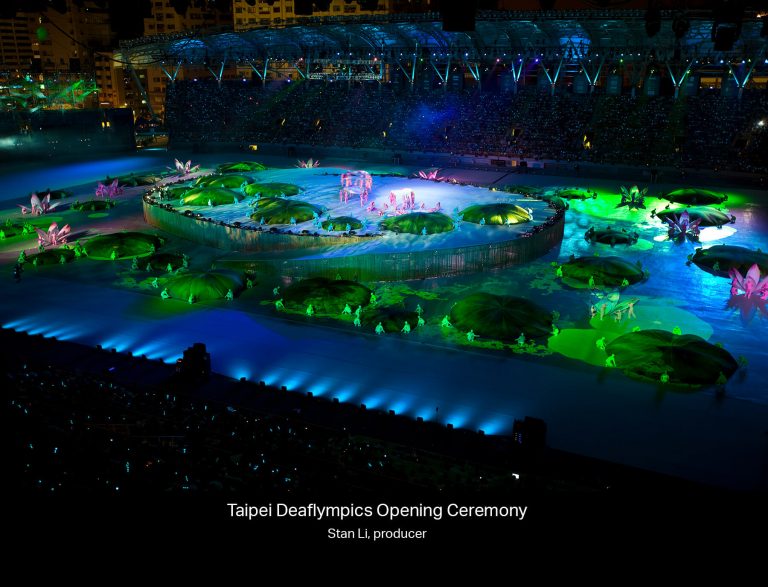 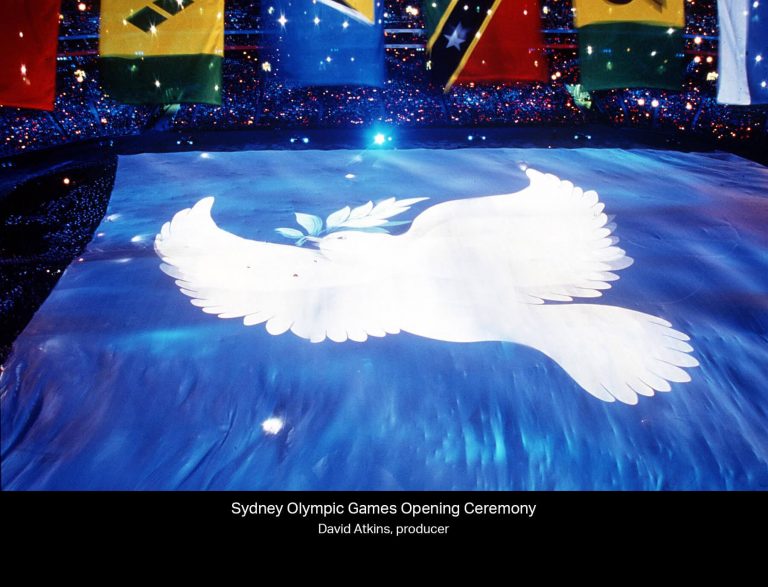 Over the past two decades, The Electric Canvas has designed and delivered field of play projections for almost thirty international sporting events and large-scale public ceremonies. From projecting giant iconic images such as the Olympic Rings and the Dove of Peace onto a 120m wide white flag held up by 10,000 athletes for the Sydney Olympic Opening Ceremony, to digitally transforming Kuala Lumpur Stadium’s field of play into a boundless forest, we have had the honour and pleasure of bringing large-scale projection to major events in dozens of cities around the world.

Our managing director, Peter Milne, is known internationally as an innovator in public projections and is regularly engaged as Director of Projection on these major broadcast events, including the 2018 Gold Coast Commonwealth Games Ceremonies, the 2017 SEA Games Ceremonies in Kuala Lumpur and the 2014 Sochi Winter Olympics Opening Ceremony. Peter’s experience at this level and renowned attention to detail benefits our clients and contributes to enhanced outcomes for their projects.