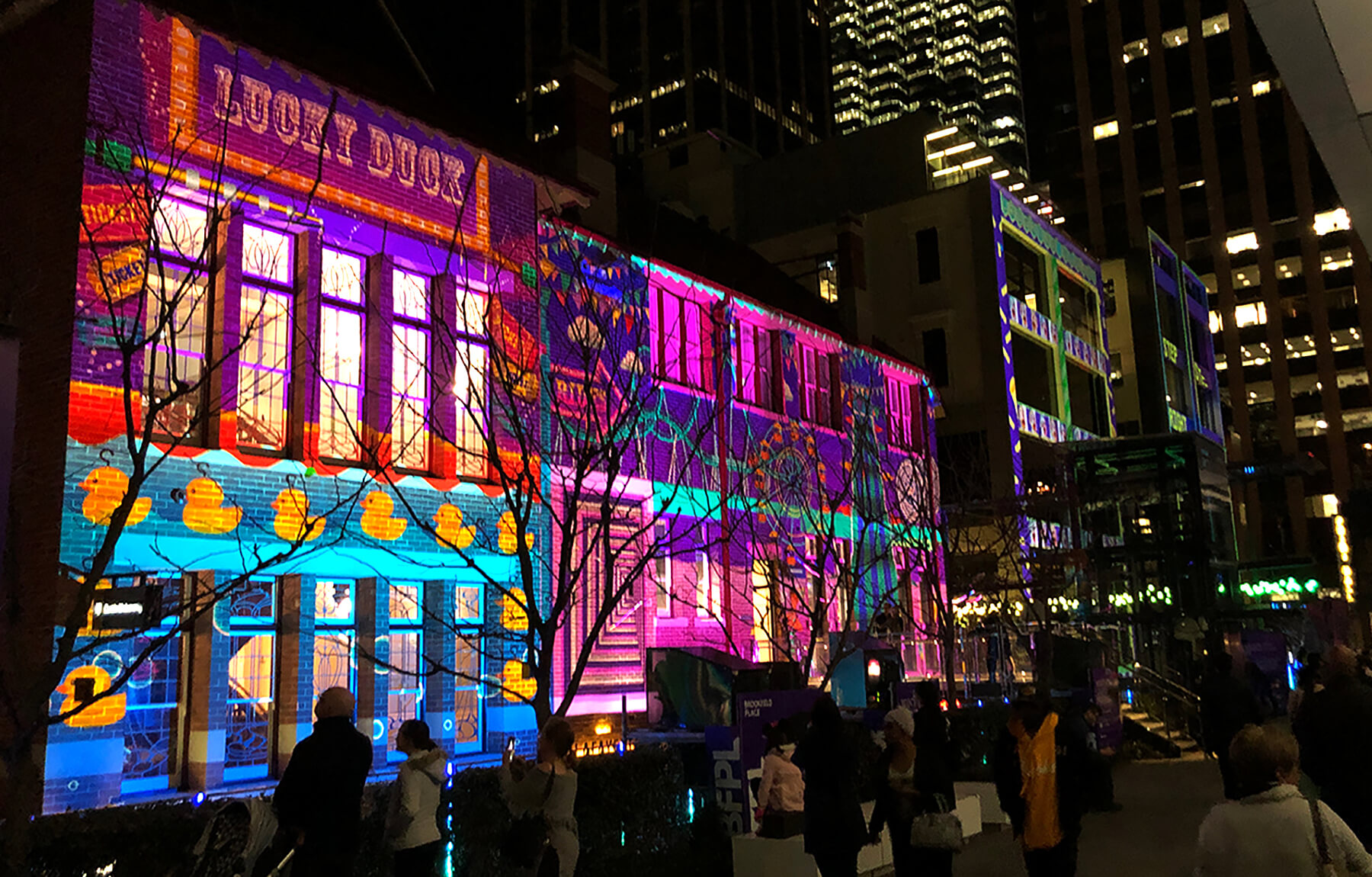 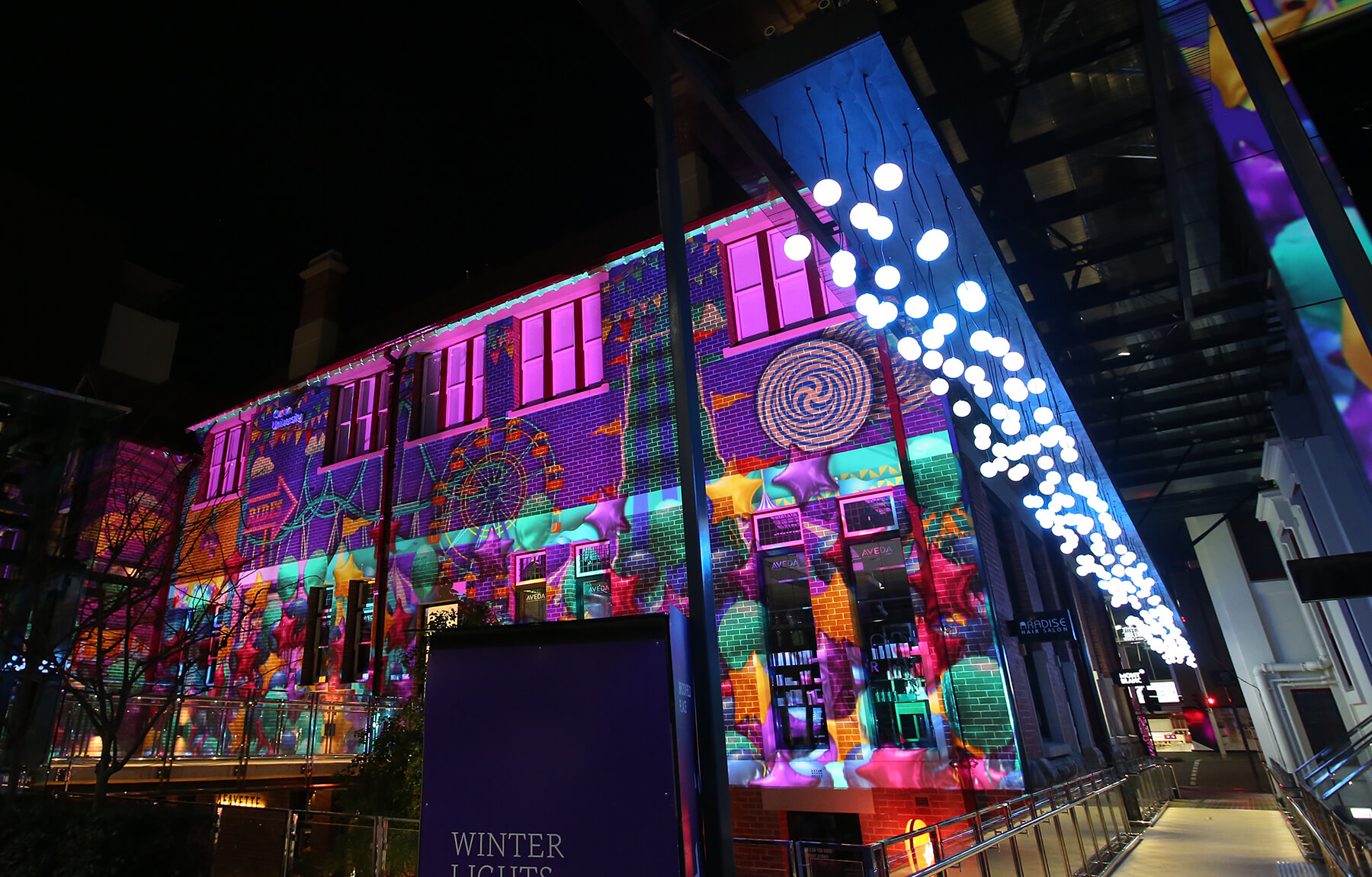 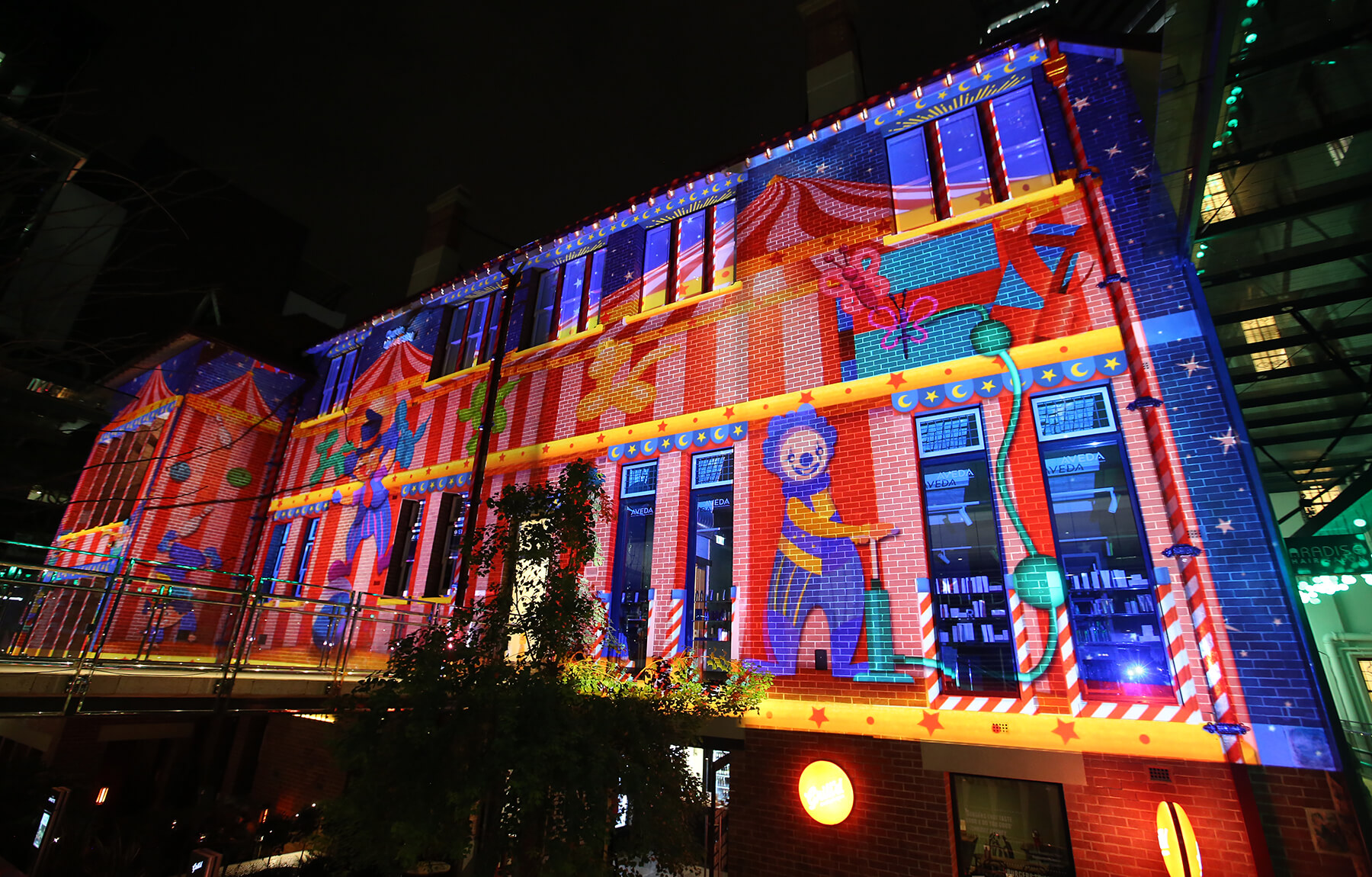 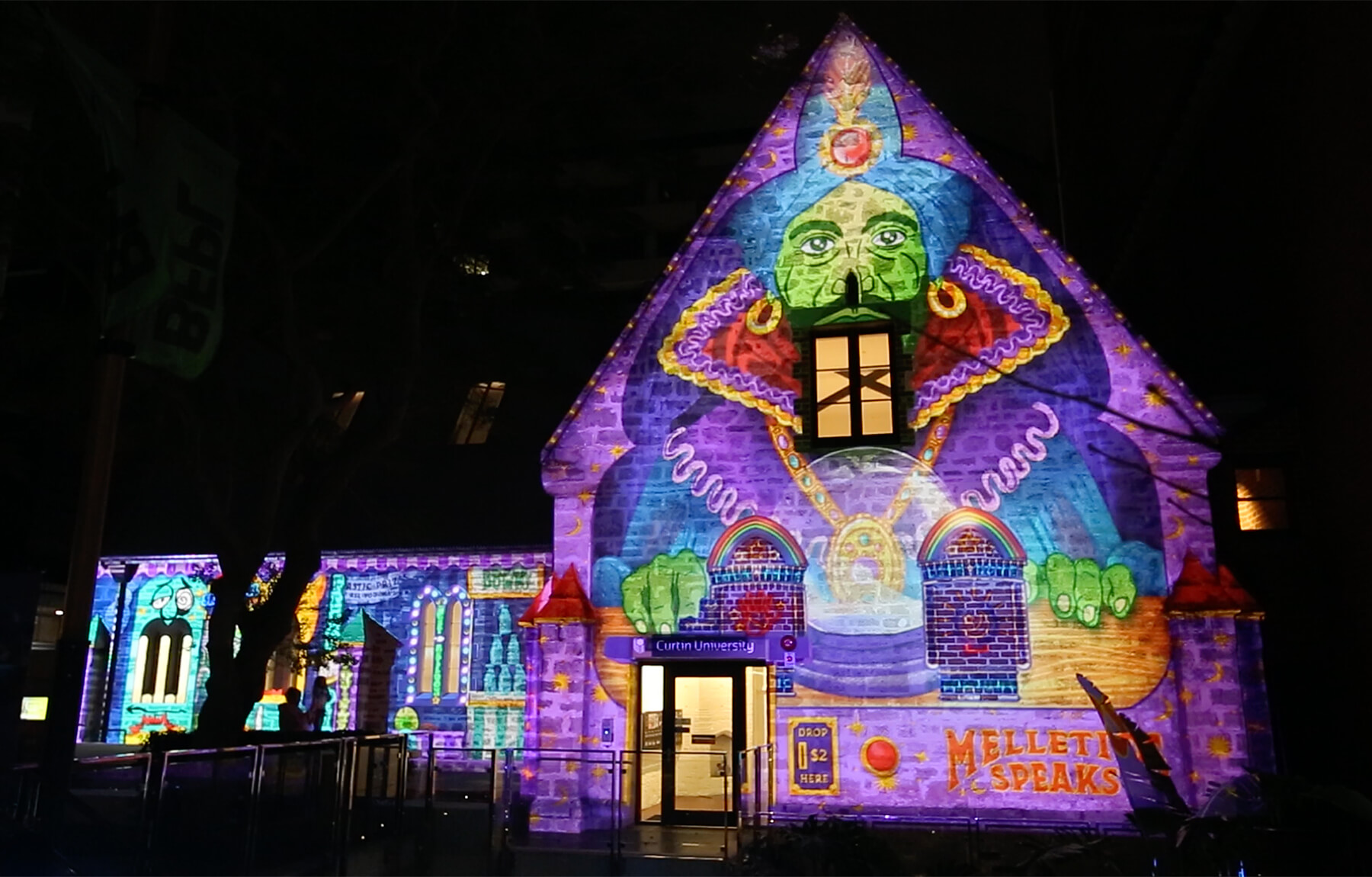 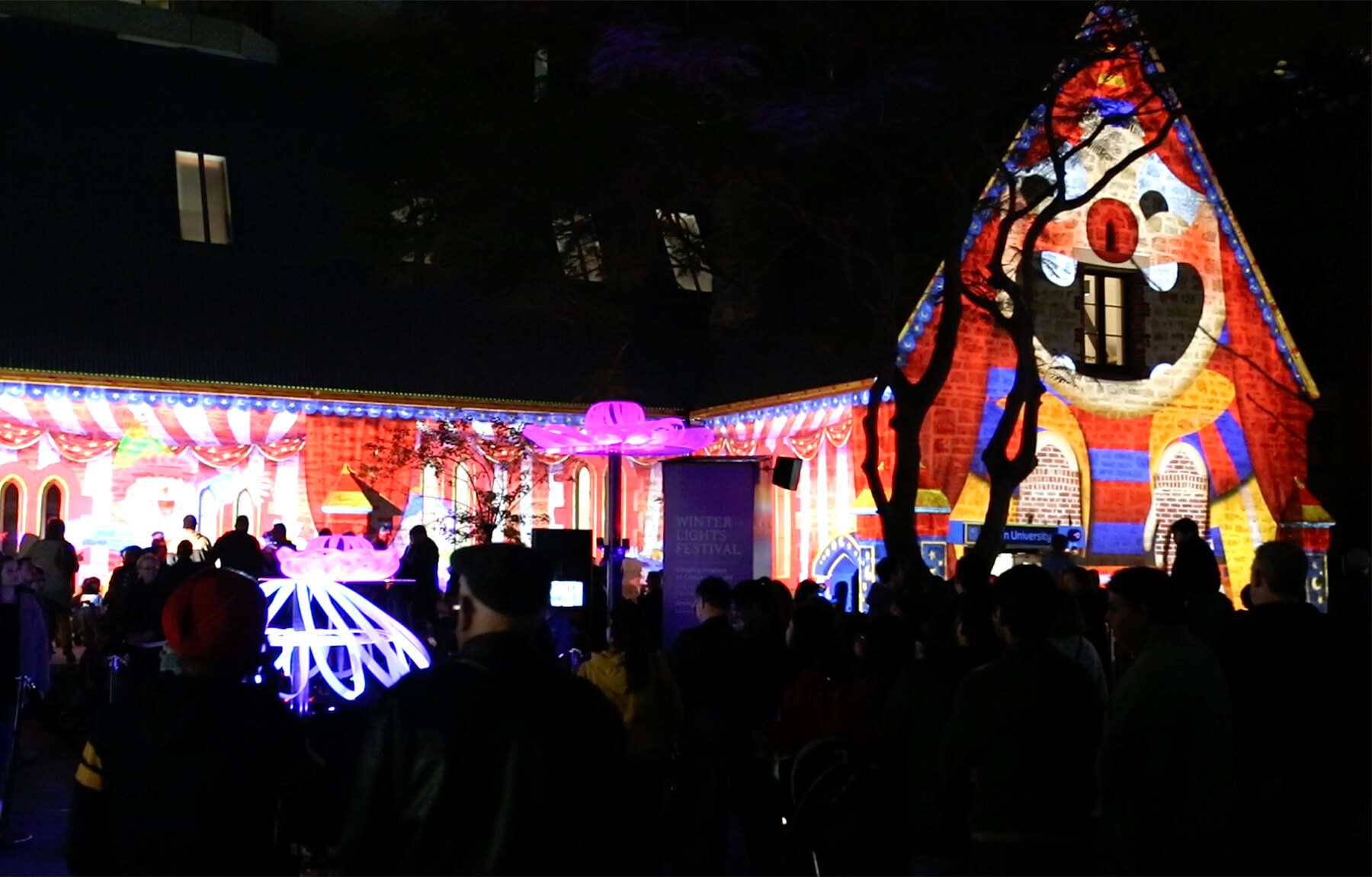 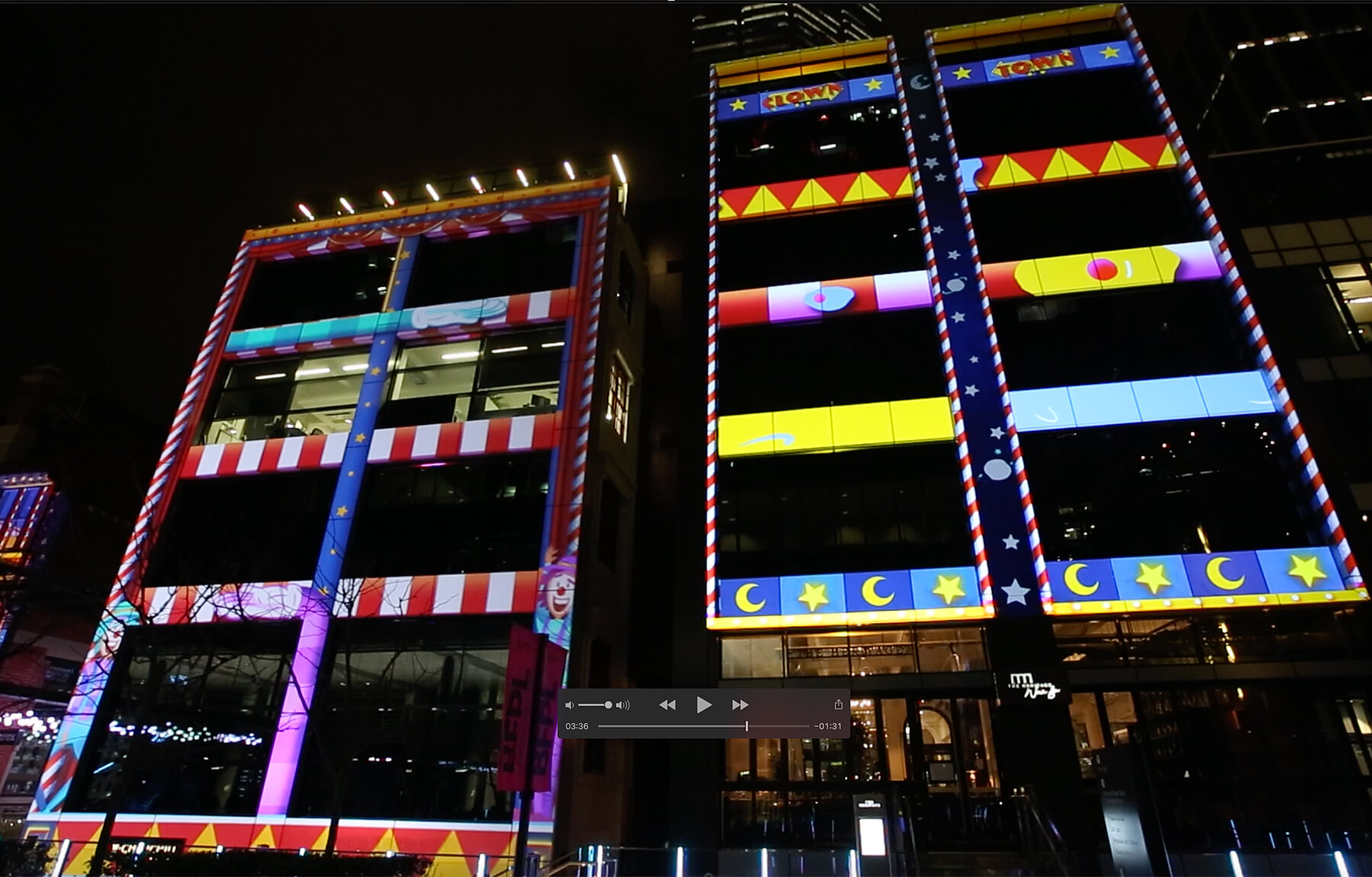 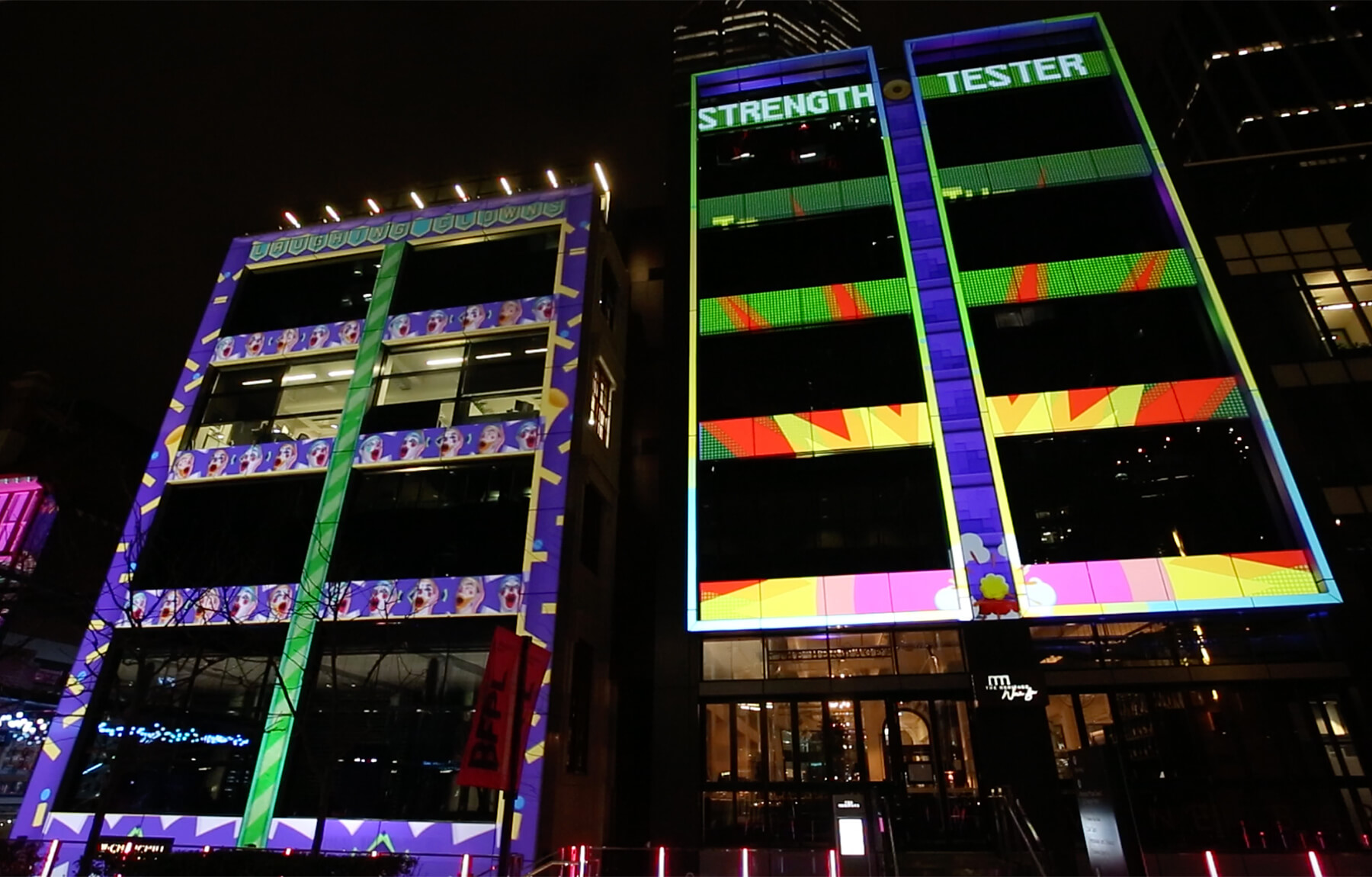 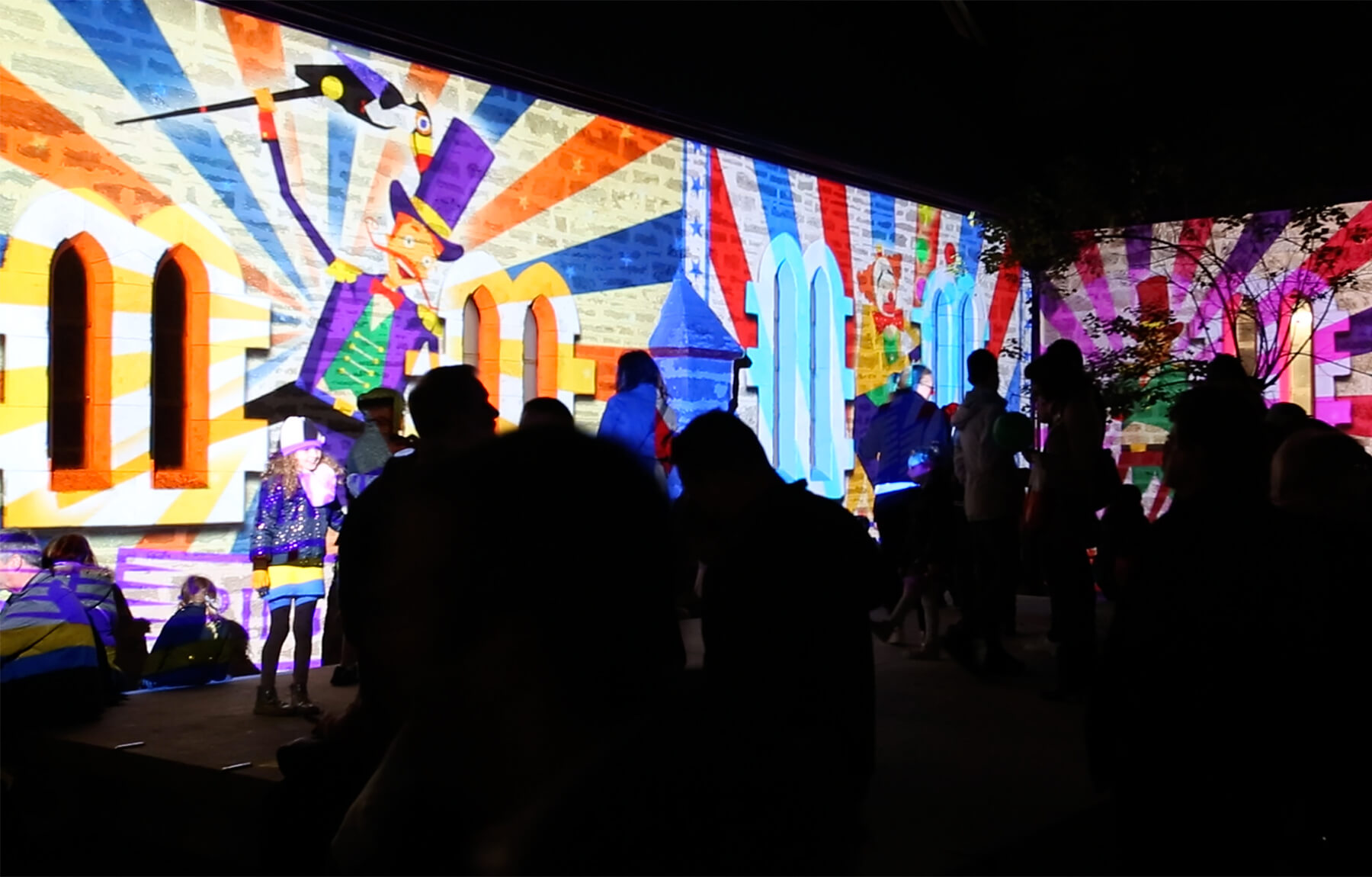 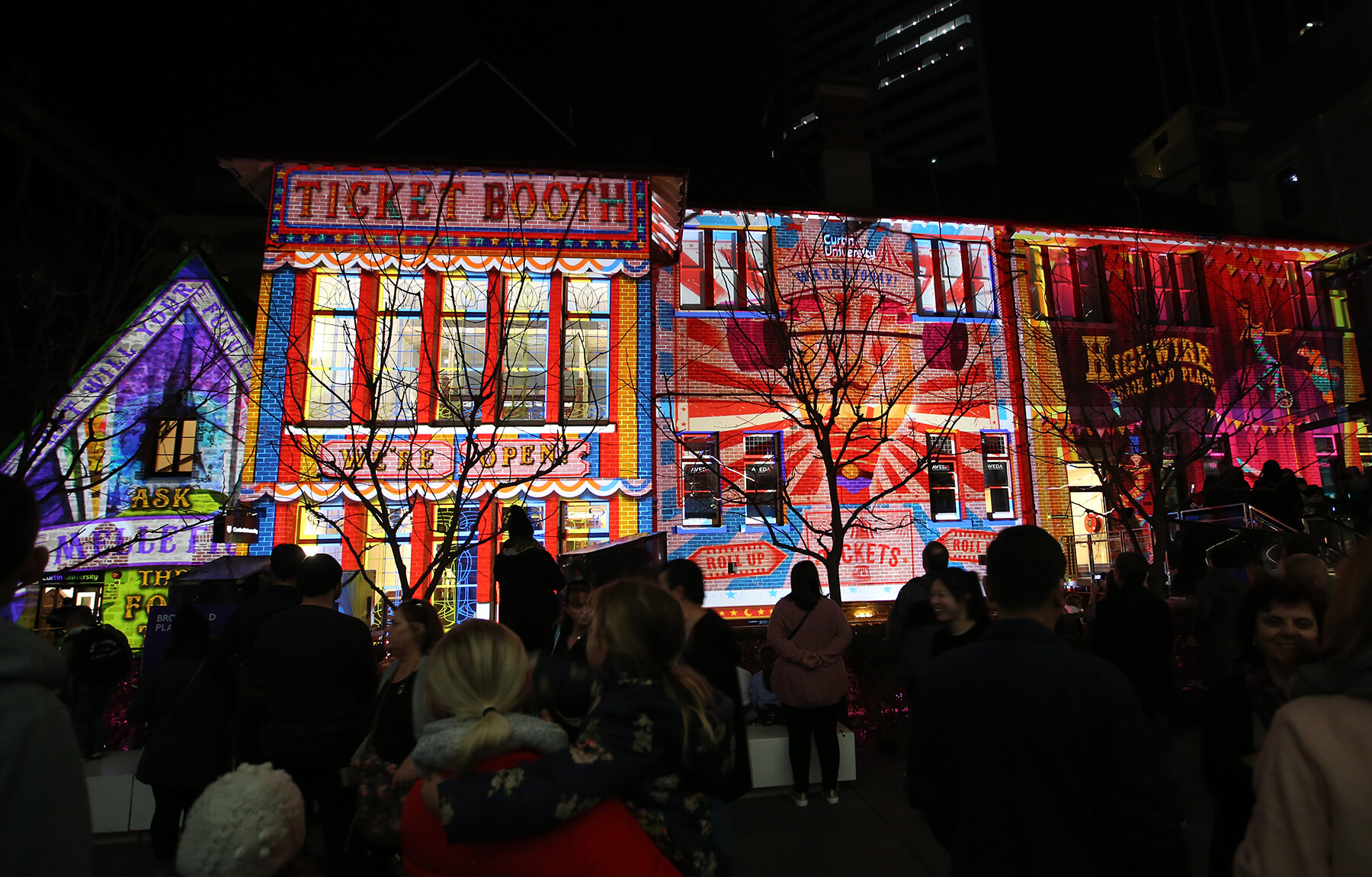 For the past two years, The Electric Canvas has created an original projection “son et lumière” for the Brookfield Winter Lights festival in Perth. The projections, set to an original soundtrack, were staged across four building façades in Brookfield Place, as well as onto the WA Trustees heritage façade on St Georges Terrace. The Electric Canvas provided both the creative and technical delivery for the project.

This year’s 11-night event grew in size and scope, and saw a record attendance of around 47,000 visitors. The projections, a major feature of the festival, were themed around the fun and excitement of carnivals and the circus, and were accompanied by a jaunty original soundtrack.