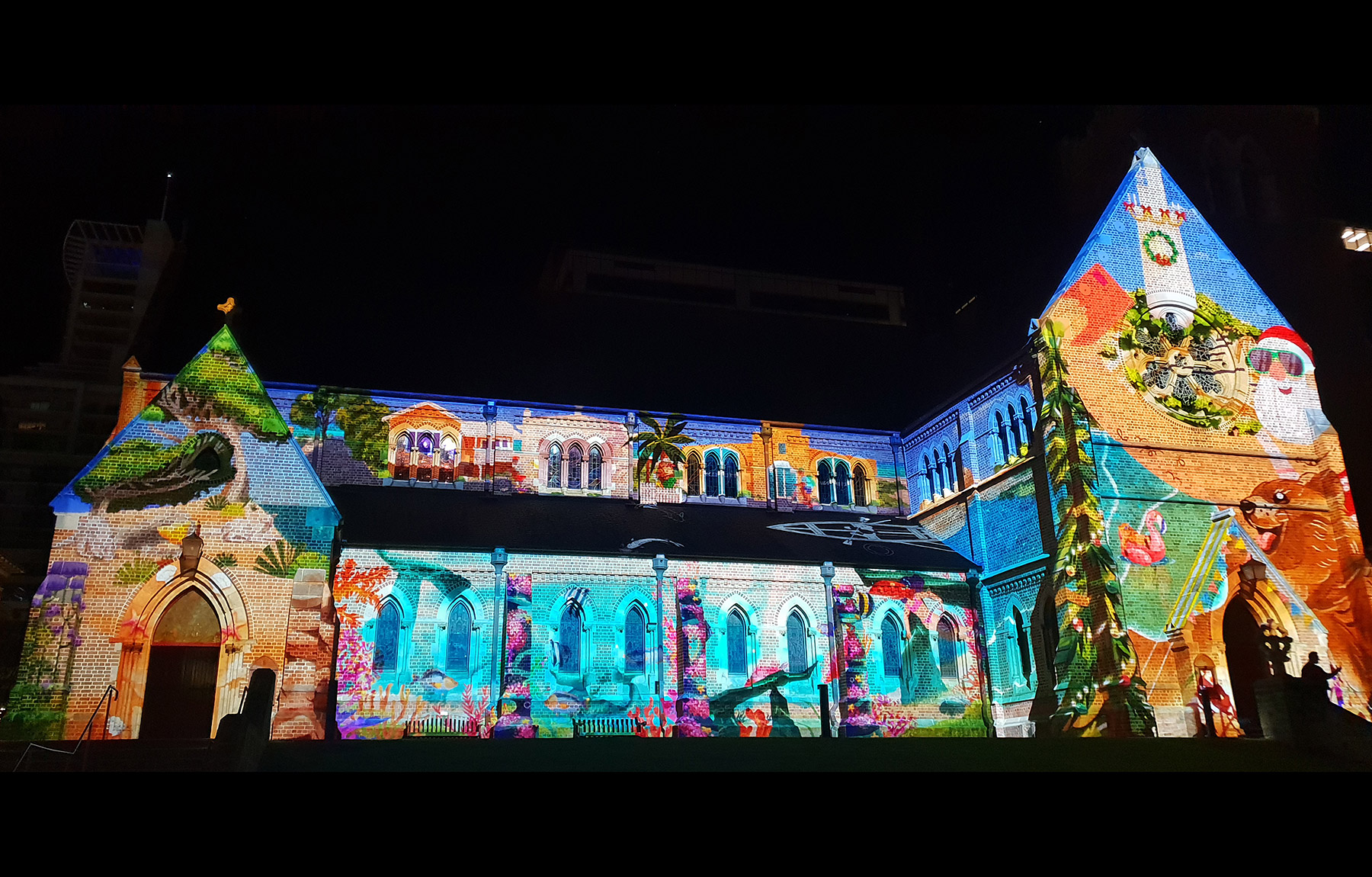 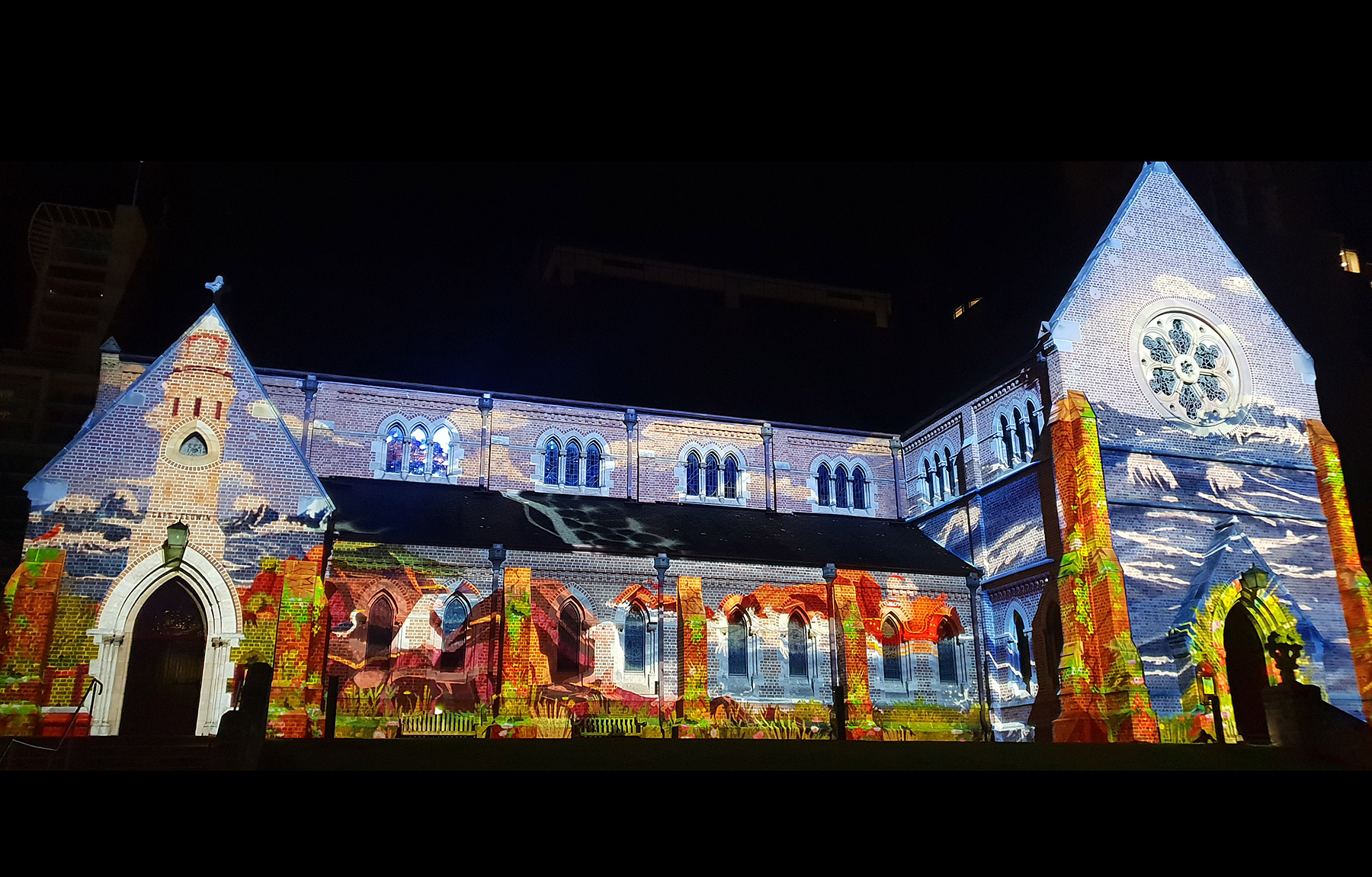 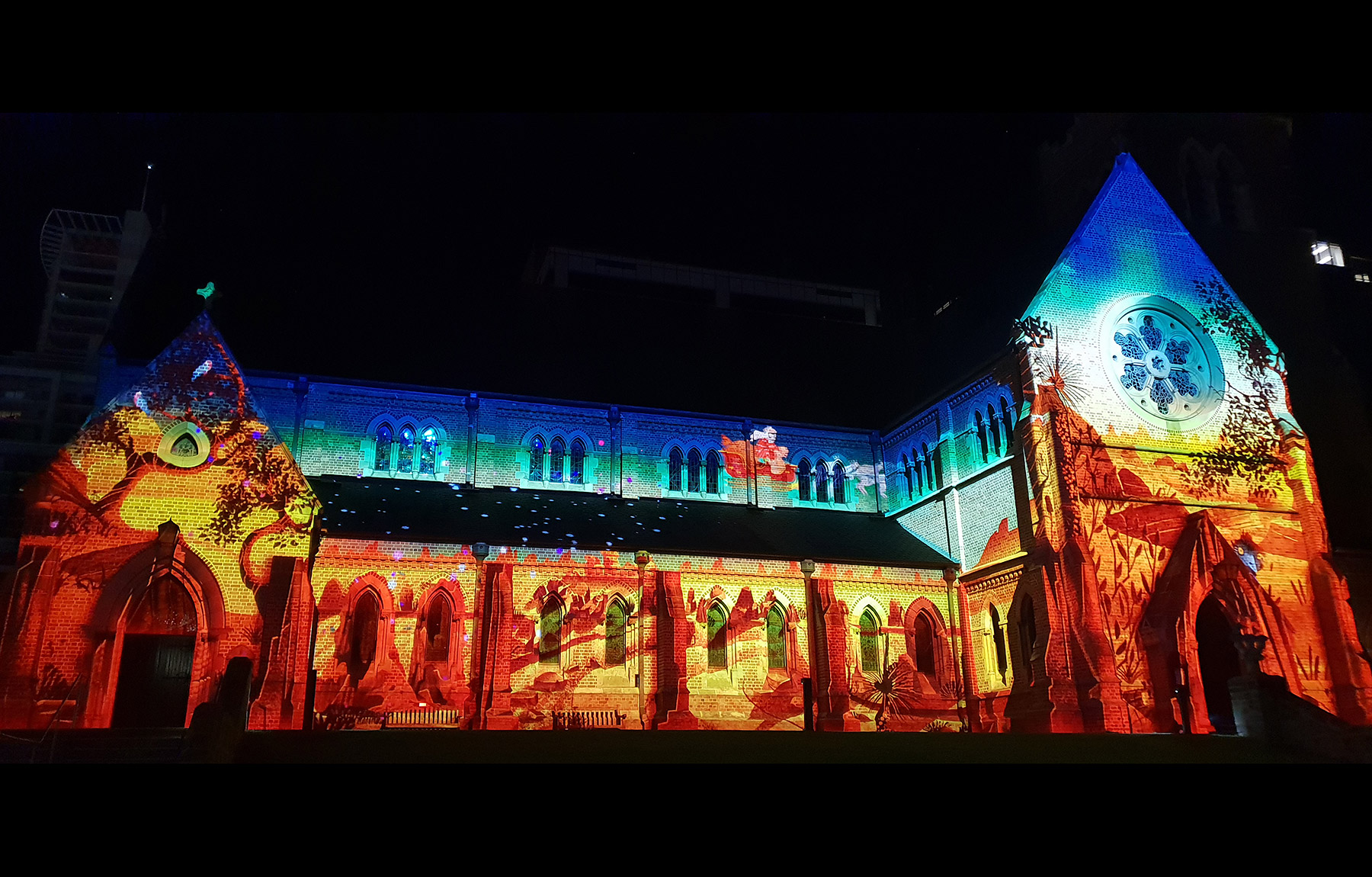 Now in its ninth year, Perth’s Christmas projections are a must-see part of the City’s festive celebrations, and The Electric Canvas has had the pleasure of delivering the activation since its inception in 2012.

This year’s show took audiences on a journey to iconic Western Australian locations, with Santa leading the way on his sleigh, pulled by six white boomers. We began with the rugged bushland and dark blue seas surrounding Cape Leeuwin lighthouse, flew over the City with views of the Matagarup Bridge and Optus Stadium, onto the stunning beaches, reefs and wildlife of Rottnest Island and culminated amongst the dramatic colours of the Nambung National Park and the Pinnacles, all set to a festive soundtrack. In between shows, a holding state projecting the Nativity Scene displayed a more traditional aspect of Christmas.