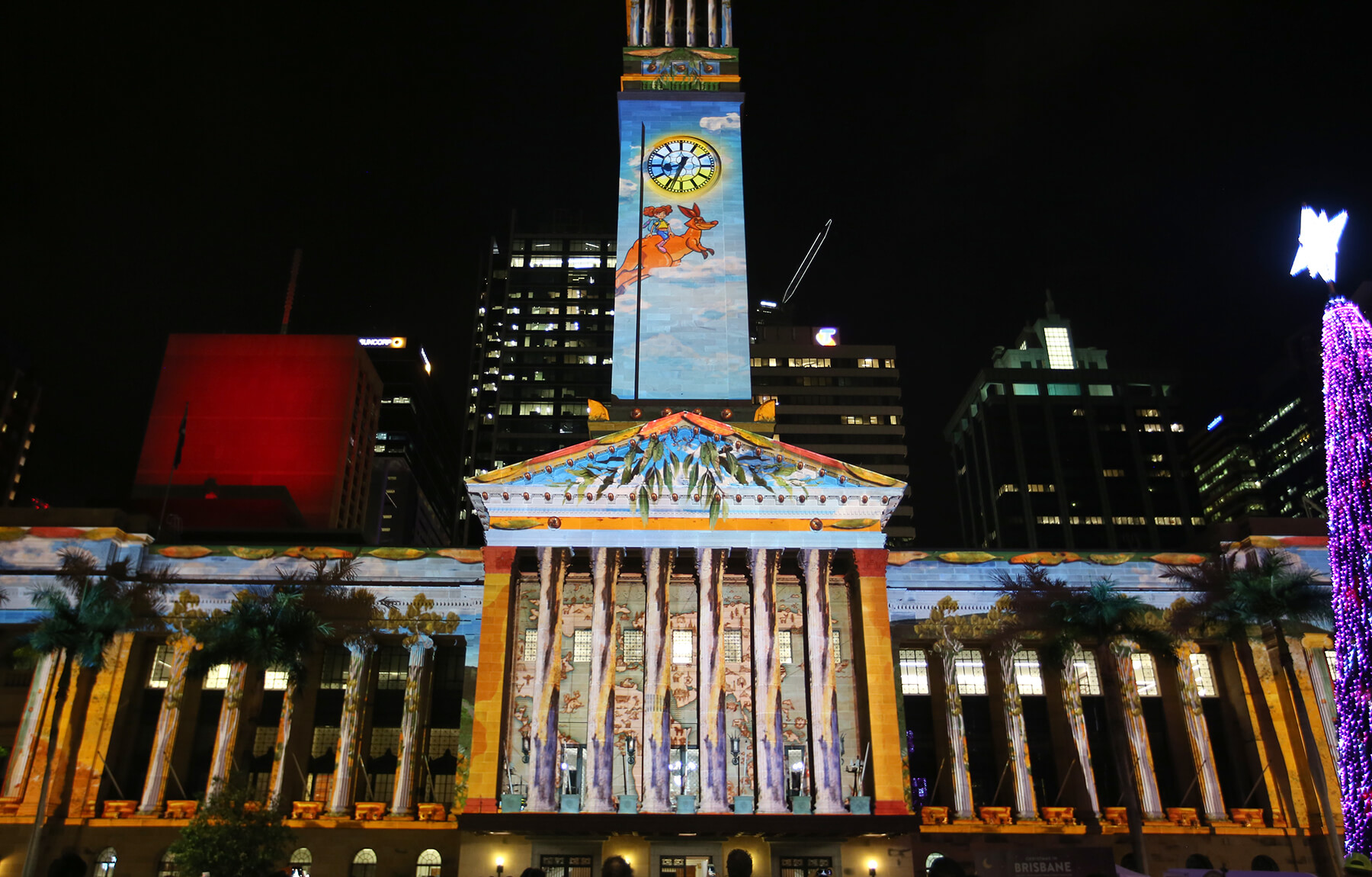 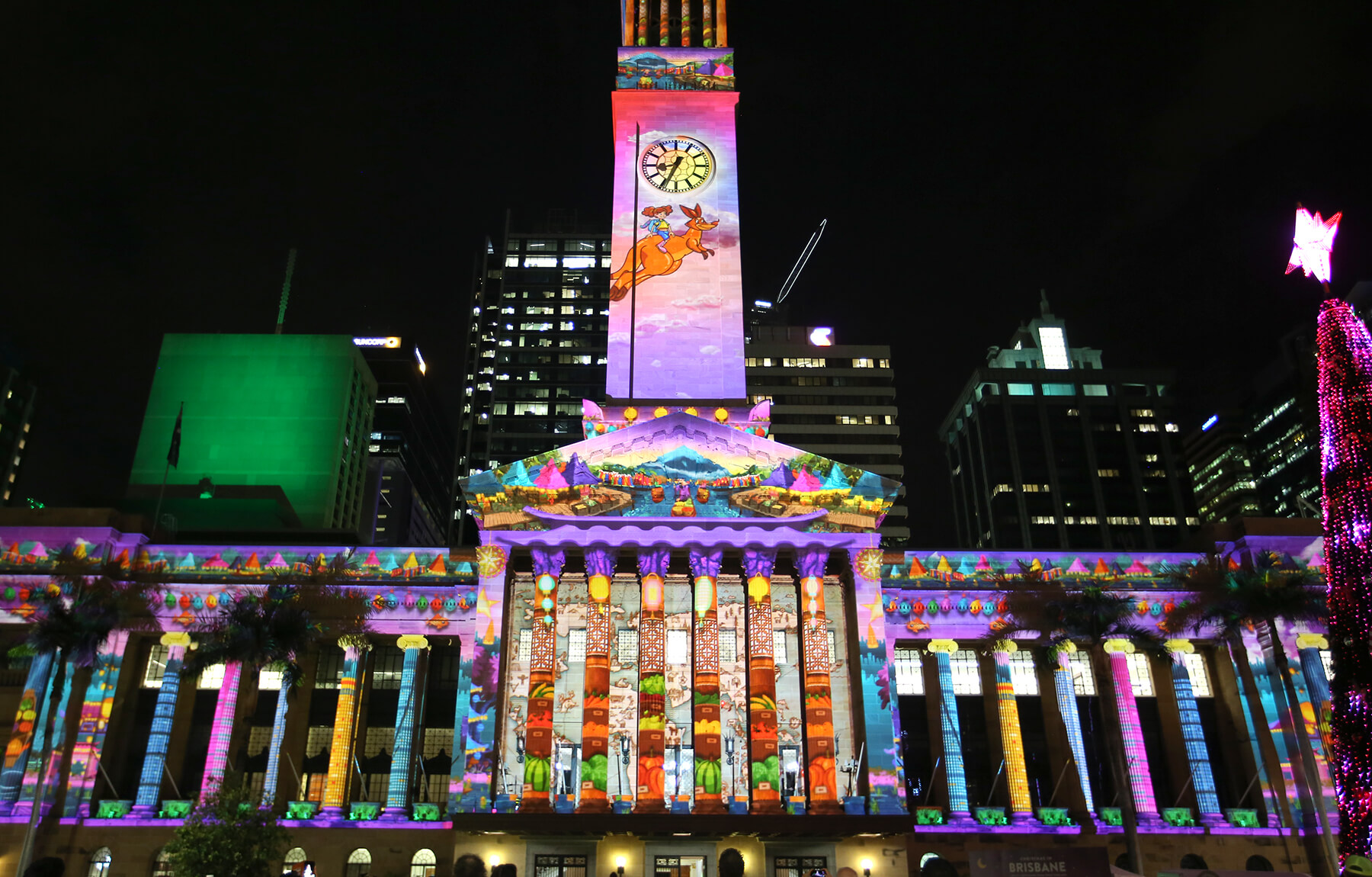 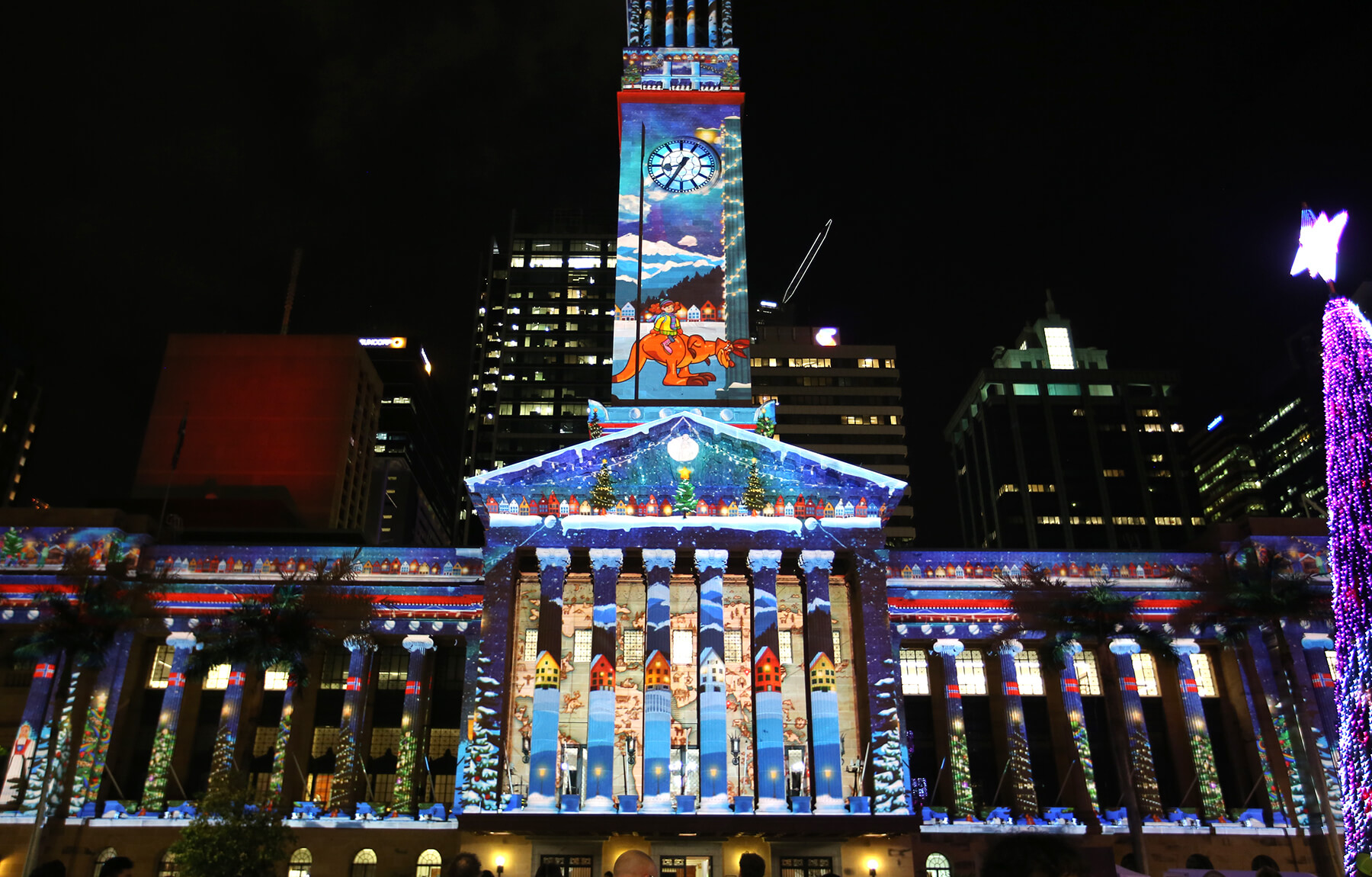 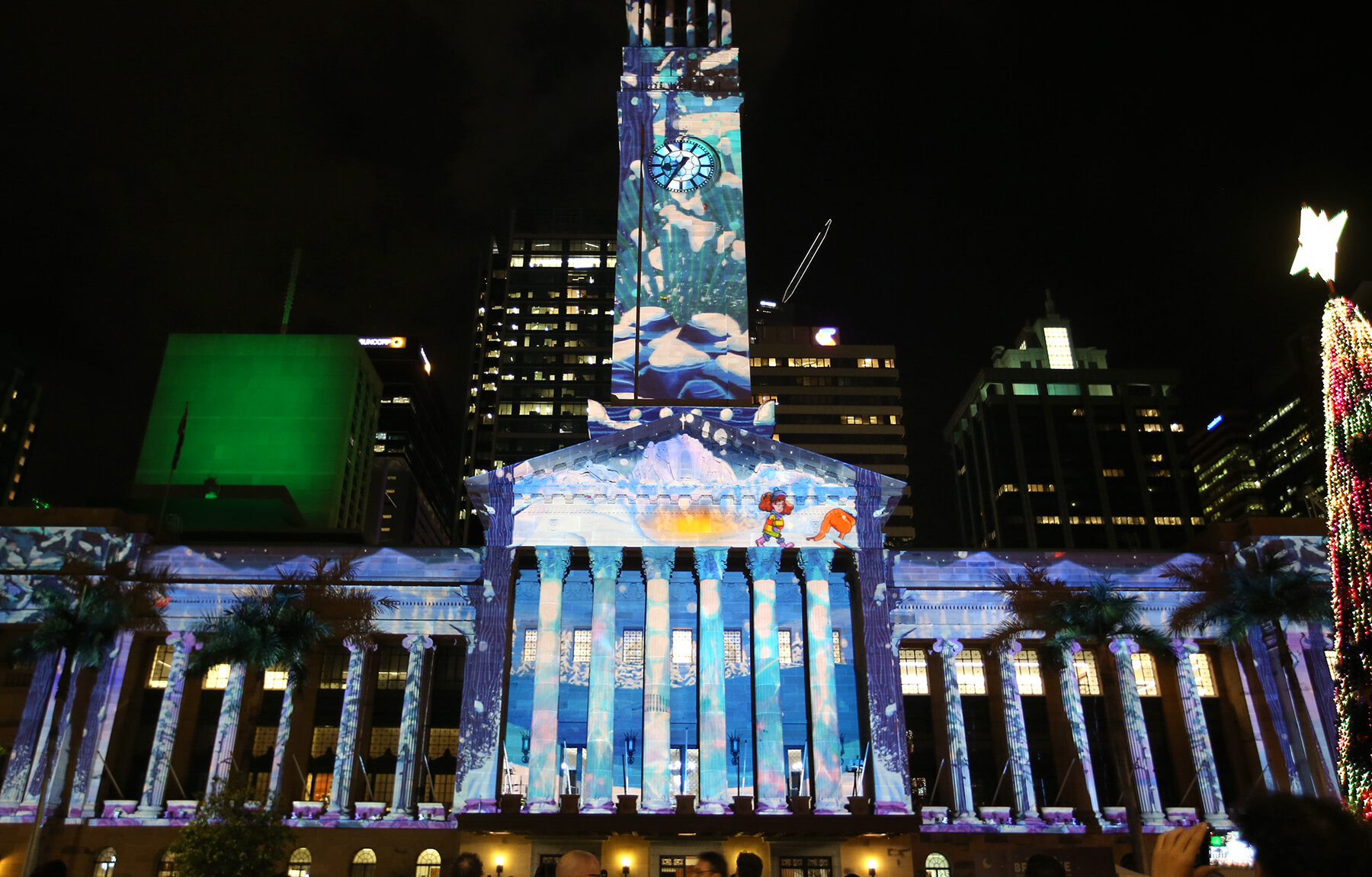 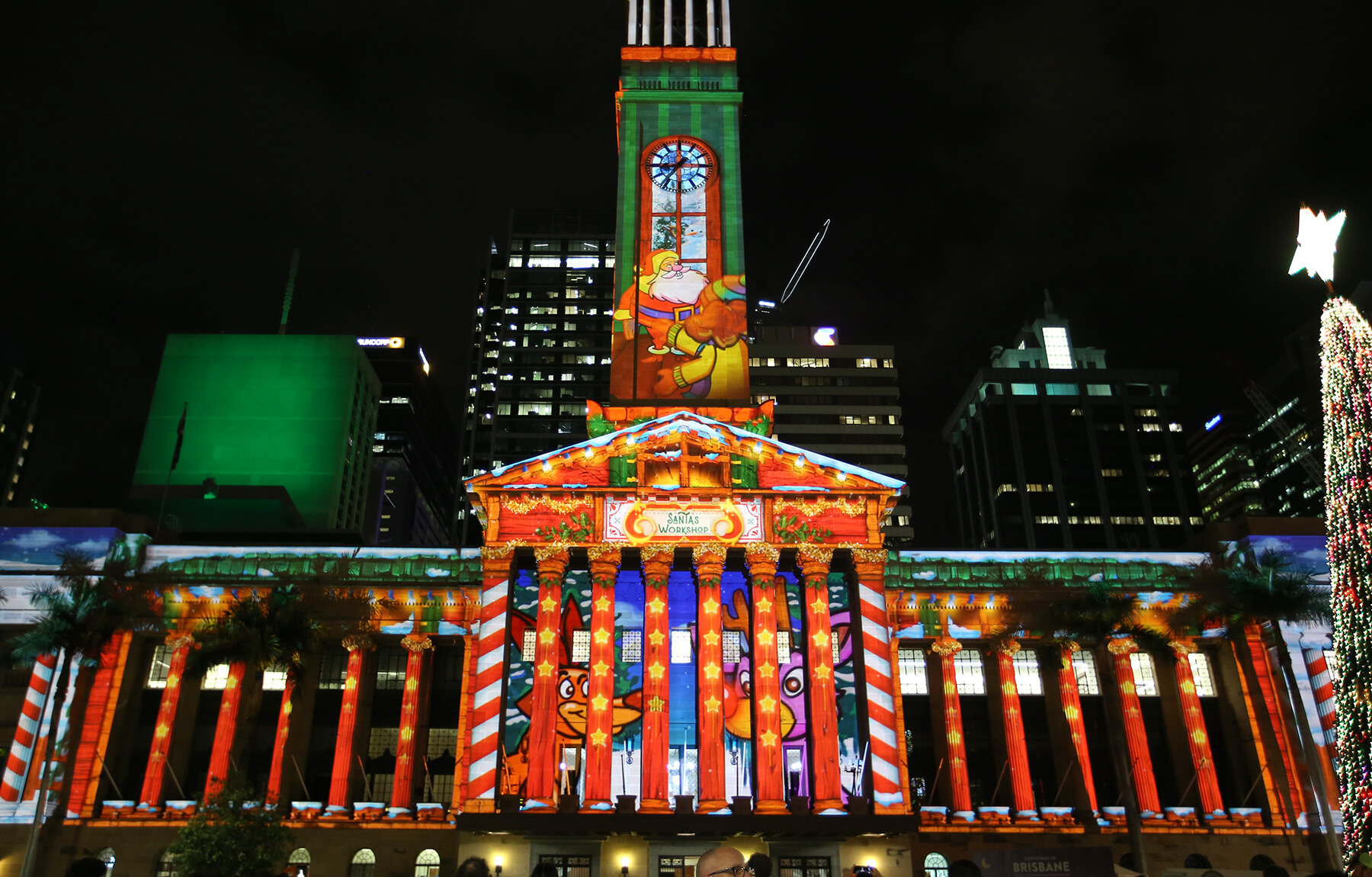 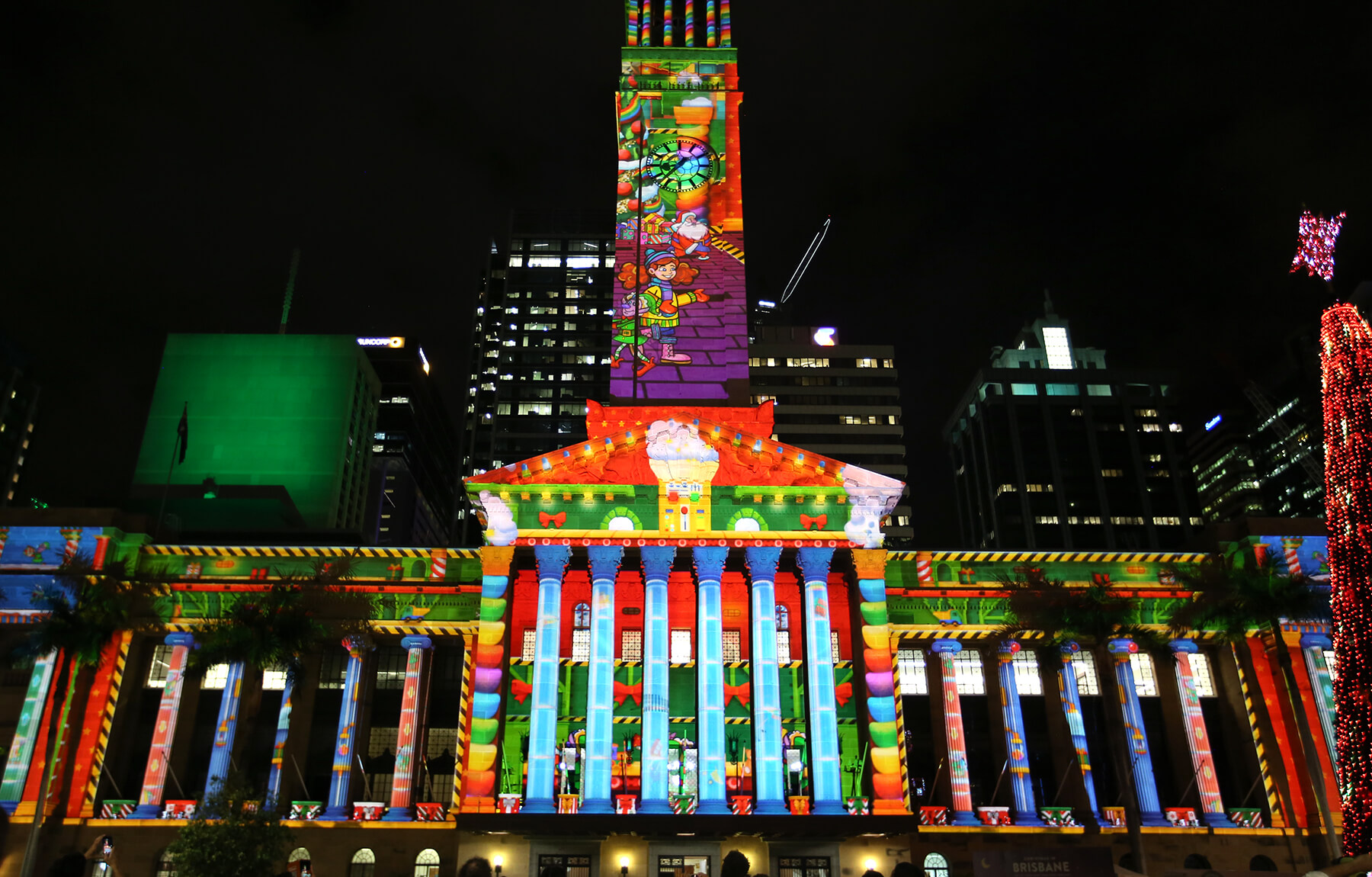 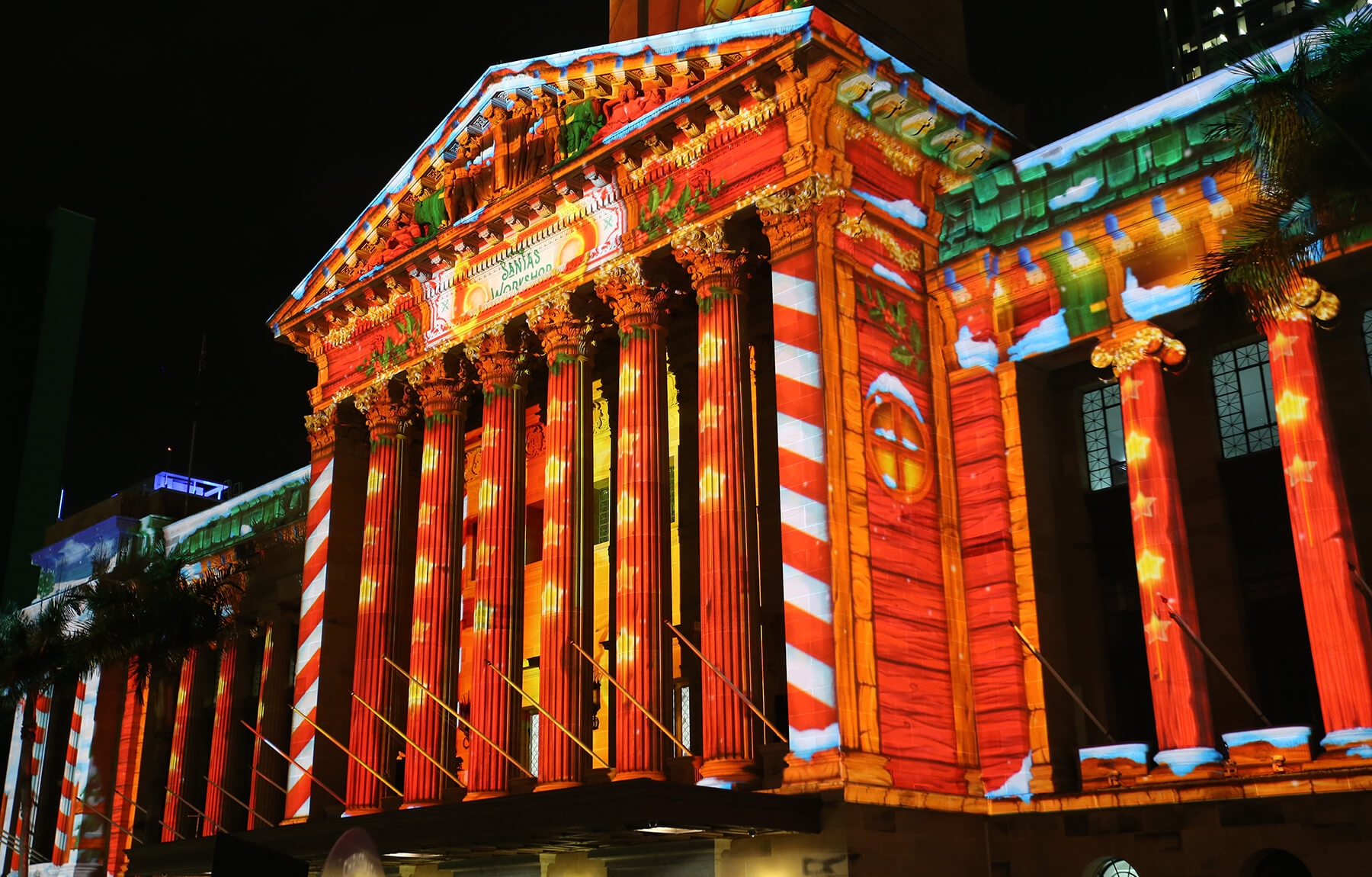 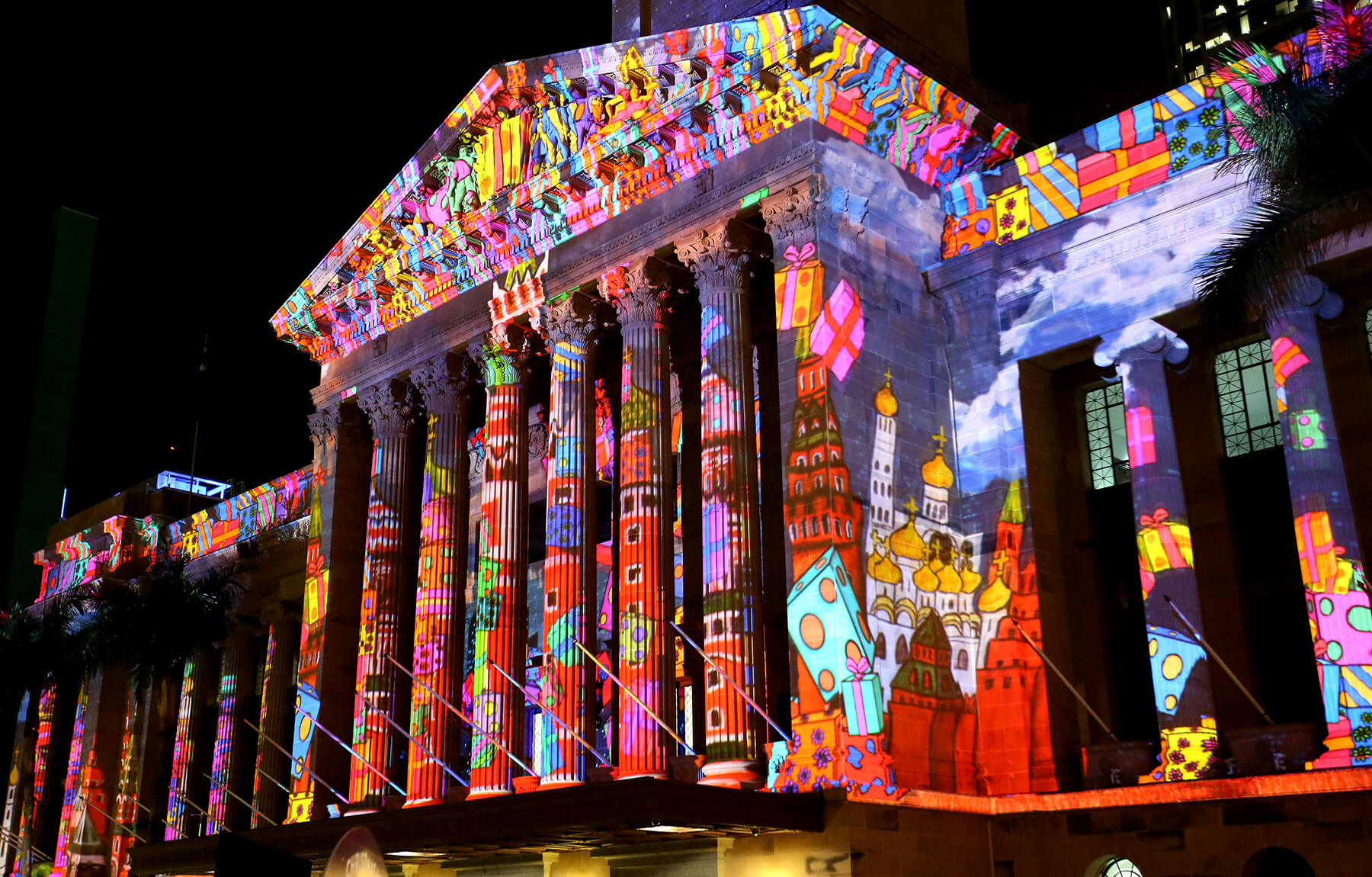 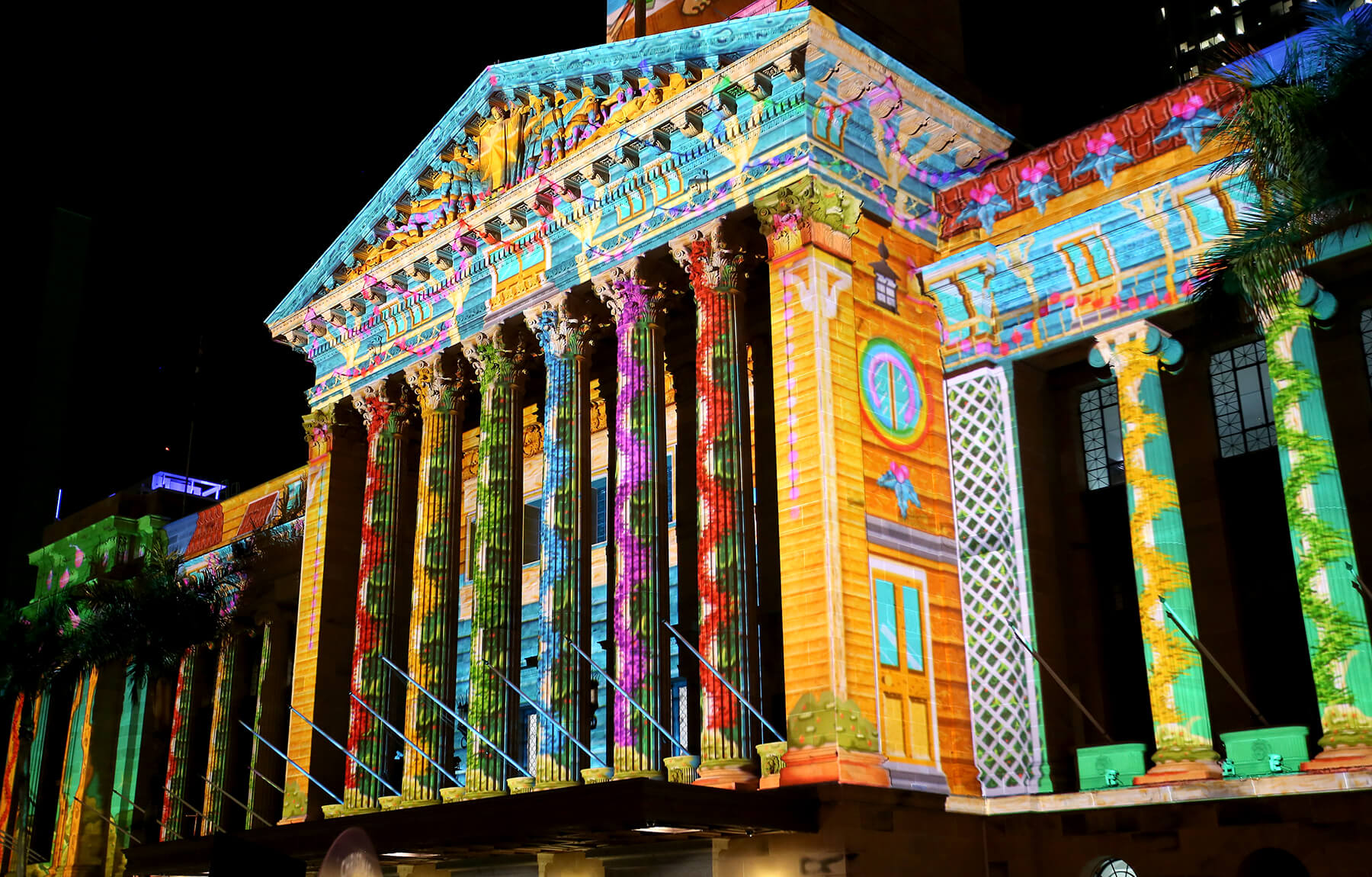 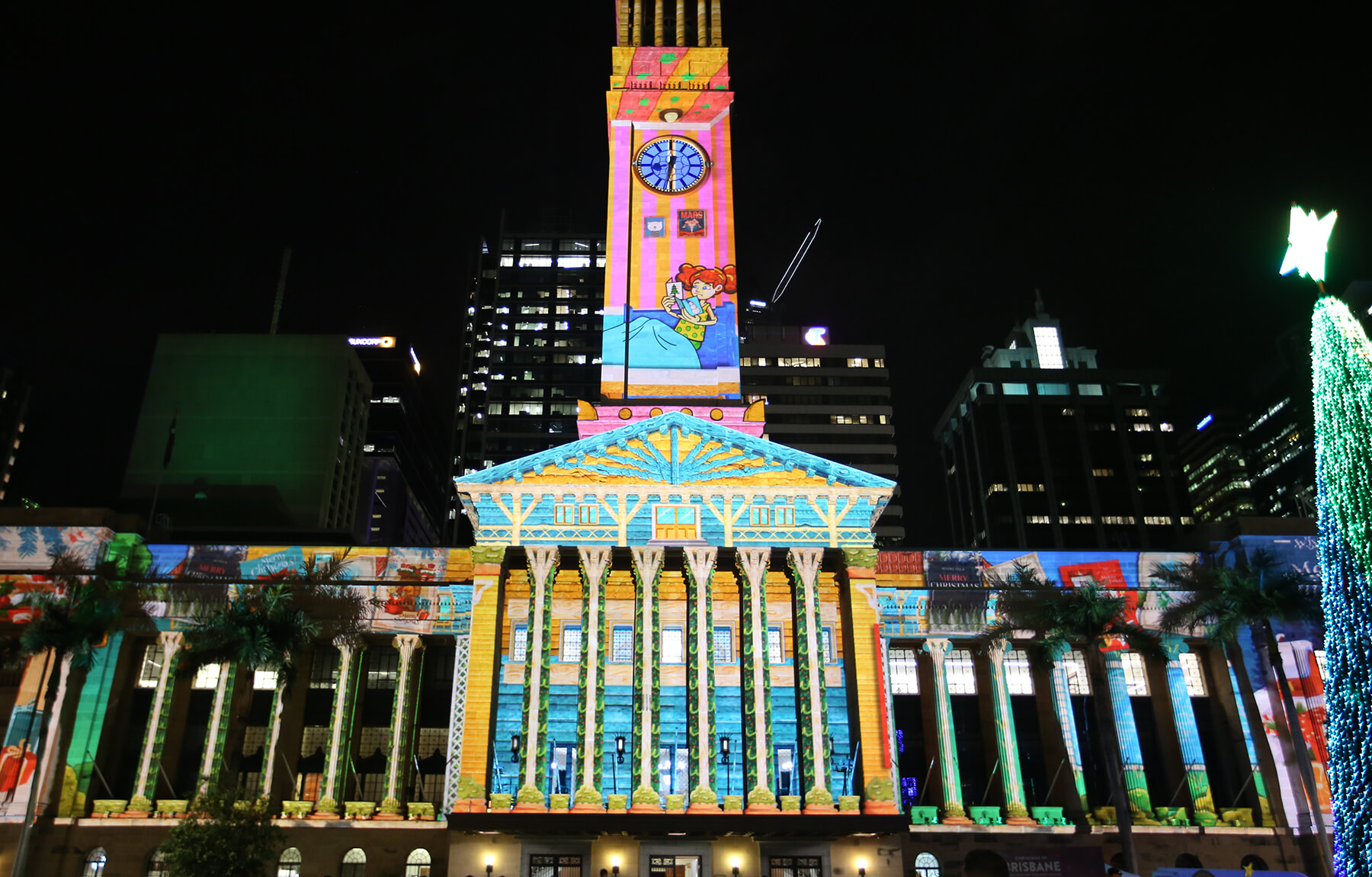 The animated projections of the “Gold Lotto City Hall Light Spectacular” that The Electric Canvas has delivered since 2013 have become an annual must-see event for Brisbane locals and vistors alike. For the third year running, the projection “son et lumière” onto Brisbane City Hall was based on an original story by a local children’s author.

This year’s story, “Maddi’s White Christmas” by Melanie Hill, saw our hero’s wish come true as she was whisked off to join Santa at the North Pole to spend Christmas Eve in the snow. The seven-minute narrative show gave our artists the opportunity to utilise their character animation skills as well as developing scenic backdrops for the complex architecture of City Hall, including two sides of its majestic clock tower.